6 surprising facts grunts do not know about the infantry 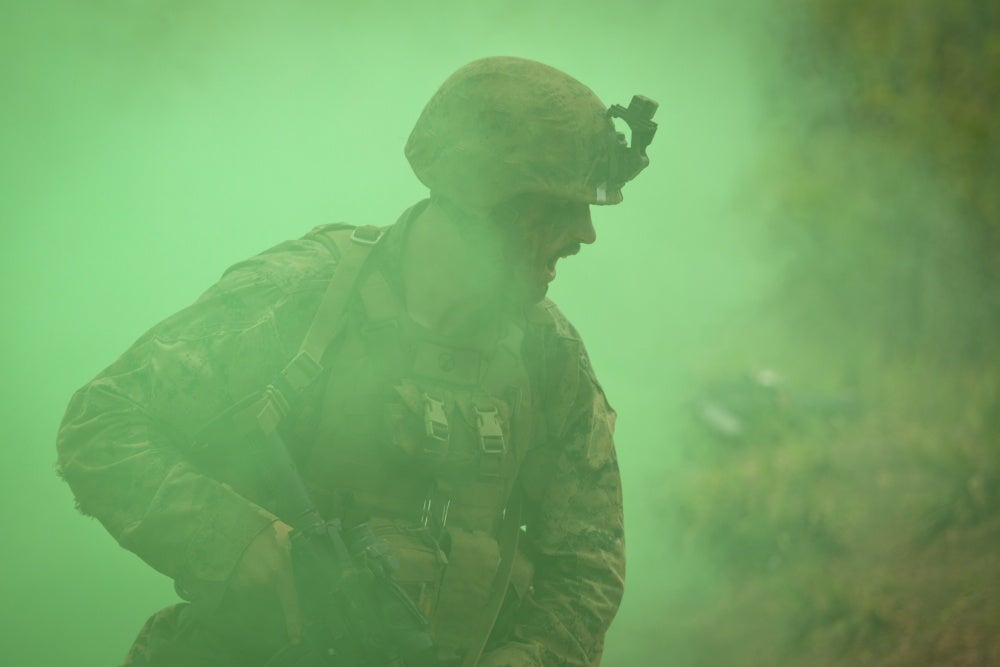 Infantrymen know everything. They know Marine Corps Orders, loopholes, when the trucks are coming, the secret to the Aztec Calendar, and where the military keeps the aliens. They know it all except for these six surprising facts grunts do not know about the infantry until now.

Every Marine gets what is called a Training Jacket. It is a folder that contains print outs of information stored on your Marine Online profile. It is a reference of where you are administratively in your career: awards, courses, PFTs, CFTs, etcetera. This folder is stored in the company office and isn’t taken out of the dusty locker until one attends a specialty school, moves to a new unit, or a change of command.

Among those documents is a section for monthly counseling. They provide feedback between yourself and the next level up on the chain of command. For a young lance corporal it may be another lance corporal with the billet of team leader. Sometimes teams leaders and the teams they lead do not see eye to eye. You are not required to sign a negative counseling and you may refuse it.

When a troop changes from one command to another, one section to another, those counseling documents become null and void – because they’re no longer part of your chain of command. Your new leadership may be curious to read them before destroying them. Simply rip those out when you have a change in leadership for a fresh start. That won’t work for Non Judicial Punishments, however, those are permanent.

As mentioned earlier, Marine Online (MOL) is the source where you can access most information about your career. Within the labyrinth of menus contained there is a section where you can view your enlistment contract. For Operation Security reasons, I will not publicly say where but there is a finite number of places where it can be. Think.

I remember once I was complaining about police calling, picking up trash, as a young private. That I did not sign up for this and the usual belly aching of a devil pup. My squad leader overheard me and instead of an a** chewing we pulled up my MOL. He scrolled and clicked and BAM! There it is, my contract, my initials, and next to it ‘police call’. Yes, without exaggeration we signed up to pick up trash too.

You pay for housing and MREs

If you look at your Leave and Earnings statement you will see that housing is taken out of your check. When you go on field ops your meal card number is used and those meals are charged that way. For married troops who do not rate a meal card, your MREs are reduced from your pay. Troops pay for their uniforms and medals too, this should not come a surprise but it is.

Your name tapes do not require your full name

My last name is 13 letters long and so was my lieutenant’s. We’re both of latino descent and have two last names. The Marine Corps smushed them together, as is tradition. You can pick to have your first last name be the one displayed on your name tapes.

I was once at the operations office when a former gunnery sergeant of mine needed my signature for his checkout. After a moment he said I was out of regs and pointed to my name tape that read Cano. ‘Lieutenant A************ does not have A************* on his name tape. Only A***, I am within regs.’ He did not know what to say except ‘ok’. I signed his check out sheet and he was on his way.

You do not have to use issued gear

There is only one thief in the Marine Corps, everyone else is trying to get their stuff back. Well let me tell you, F*** that guy. As long as gear serves the same functions and is tactical you can use it during field ops. No one can mistake your gear as theirs, its easily identifiable if someone “accidently” takes it. When you check out of supply you will not have to run around base buying expensive lost items before you EAS. According to MCO 4400.201-V1, you are accountable for the gear but it does not state you must use it. When everyone else is freezing their butts off using issued sleeping bags you can sleep like a baby in your climate rated personal gear. Unless there is a standard operating procedure for uniformity, you’re in the clear.

You can do your annual training classes anytime of the year

You can do your cyber security, sexual assault prevention training, and other annual training any time of the year. The deadline is at the fiscal or calendar year depending on the training required. A battalion can have a certain percentage of the troops have their training in the red to prioritize mission critical training. This is when, pre-covid, thousands of troops would be packed together for their annual death by powerpoint presentations. You can get out of those if you do your annual training on an individual level. So, when everyone is suffering, you can play xbox in your room and get paid for it.