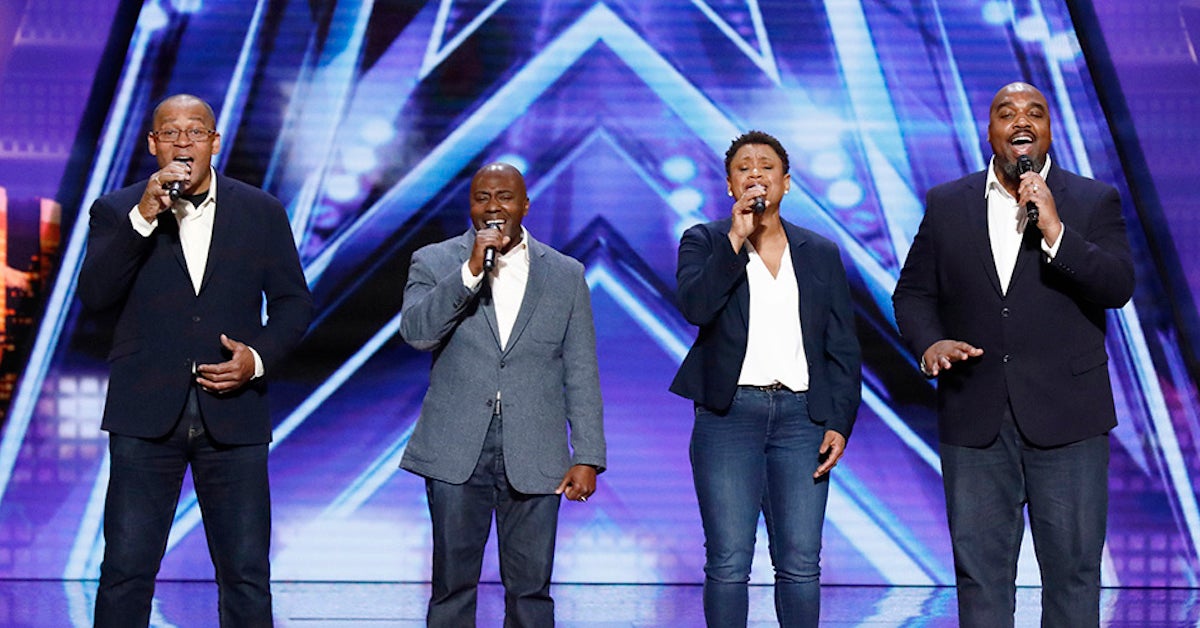 Calling all singers, dancers, performers and musicians! If you’ve ever thought about auditioning for AGT, now’s the time! This year, America’s Got Talent auditions are going virtual. We know our military community has lots of talent and are ecstatic to offer an audition opportunity for WATM readers, veterans, military spouses, and active duty service members.

Not sure if you have what it takes? Check out this list of military community members who made it pretty far. Take a look at their auditions  to help you prepare yours.

Daniel Jens is a native of Milwaukee. He joined the Army after 9/11 and deployed to Iraq in 2006 with the 1st Cavalry Division. He auditioned for Season 3 with Edwin McCain’s “I’ll Be,” while playing the guitar. Despite forgetting the song’s lyrics during the Vegas Round, Jens advanced to the Top 40 Quarterfinal, where he sang The Police’s “Every Breath You Take.” Jens was eliminated in Part 1 of the Semifinals after performing Lonestar’s “I’m Already There.”

American Military Wives Choir, previously known as Homefire, helped give military spouses a voice through music. Their first single, “The Promise,” was commissioned by famed Producer David Foster and written by Charlie Midnight (“Living In America”), Jay Landers (head of A&R for Universal Music) and Bernie Herms (writer and producer for Natalie Grant).

The group came together after rigorous and quick casting at the request of Foster, who had a performance scheduled at the Kennedy Center and wanted to include a choir of military wives. Foster contacted CAMMO (The Center For Military Music Opportunities), and they quickly answered the call with an exhaustive search. The day after they met – and with only one rehearsal – these spouses found themselves on the Kennedy Center stage with Jewel, Chaka Khan and Chris Botti as the finale to a star-studded show of David Foster and Friends.

AWM auditioned for season 8 with a choral version of “Ain’t No Mountain High Enough.” The group made it to Week 2 Semifinals but didn’t receive enough votes to be sent to the finals.

In the Stairwell was formed in 2004 by a group of freshmen at the Air Force Academy. Because of their rigorous coursework and other duties, the group could only sing “in the stairwell” – which is how the group got their name. The a cappella group was featured on Season 12. Now an official club at the Air Force Academy, cadets have dedicated time to practice each week. In the Stairwell’s audition was One Direction’s “Drag Me Down.” The judge’s reactions to the audition were mixed, but ultimately the group got enough yes votes to move forward in the competition. The group was cut in Week 2 of the semifinals.

Voices of Service were a vocal group act from Season 14 of AGT. They finished the competition in 5th place overall and returned to AGT: The Champions 2, where they were unfortunately eliminated in the primaries. Voices of Service includes Master Sgt. Caleb Green, Staff Sgt. Ron Henry, Sgt. Maj. Christal Rheams, and Sergeant First Class Jason Hanna. Voices of Service represents the diversity and excellence within our military and veteran communities and is an inspiring example for the nation that they serve, have served and continue to service through music. They have performed at the Canadian Embassy, American Legion Convention, the Joining Forces event at Vice President Joe Biden’s home, and many more. Check out their audition video to get some ideas of what the judges might be looking for this season.

A special submissions portal has been created for all WATM readers and will go live November 10. Be sure to follow our Facebook page to see FAQs and get the live link! Casting producers will be reviewing these submissions to select the right person to appear in a live remote virtual audition and the chance to participate in Season 16 of this hit show.