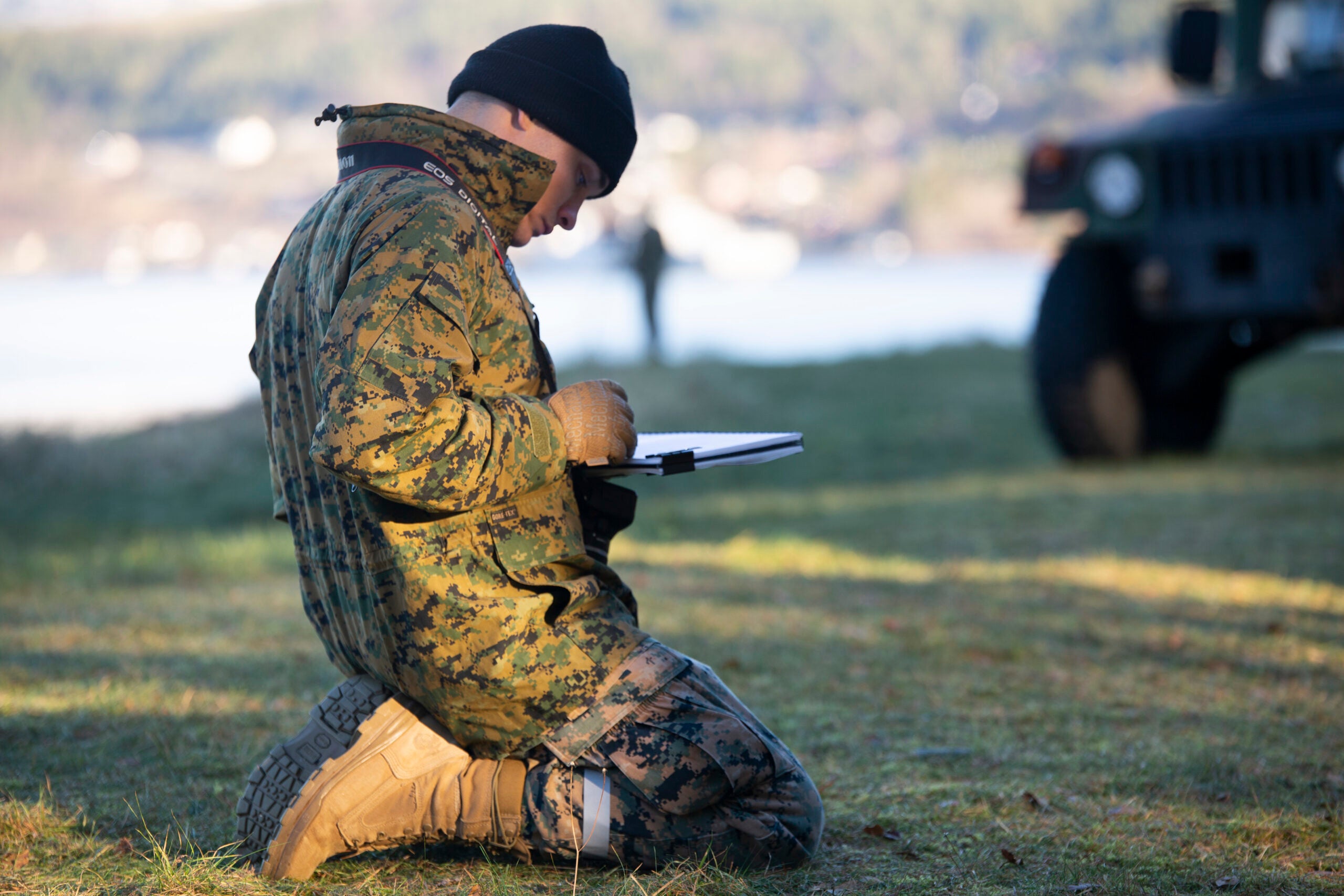 The military has a way of creating jobs that don’t technically exist to fill in the gaps of the American War Machine. We’re not talking about top secret projects at the forefront of national security. Art is one of the unlikely but necessary needs of the Marine Corps. Volunteering to be an artist Marine for a working party has some of the most fun and rewarding tasks one can do.

You would be surprised how many things the brass would rather give to not just anybody but they still need somebody. The battalion needs signs painted, stenciled, and designed with the already established themes around base. Offices and other parts of the battalion need to be repainted, T-shirts need designs, battalion logos need to be painted, challenge coins need ideas, and deployment books need someone at the helm.

The leadership of the command staff are obsessed with making the battalion look professional. Yet, nobody really wants to do the grunt work. Fortunately for the artist Marine these things take time — lots of it, and artists are in short supply. The best part is you do not need any experience. Just raise your hand in the sky when the question, ‘Does anyone know how to draw?’ is thrown out there. The military uses stencils for everything and the unit logo is well established. You can’t really mess it up as long as you pay attention to detail and do not rush.

It gets you out of working parties

One of the time-tested adages passed down from senior to boot is ‘always volunteer for working parties’. The general idea is that one’s team leader may intervene whenever you get picked for the worst tasks, stating that you always volunteer and to send someone who never volunteers instead. It’s not guaranteed you won’t have to clean out a dumpster at one point but it creates a positive feedback loop.

The great thing about this unofficial billet when you’re a new troop is that it establishes the aforementioned positive feedback loop. The brass loves coming up with artistic ideas to complement training. The company commander wants to repaint the office? Sure, state how many bodies you need and materials. That’s an entire day or two away from your platoon when staff sergeant decides to do 10 mile boots and utes run because he caught someone sleeping in their room.

You get to design logos for PT uniforms

Service members are notorious for graffiti in the port-a-johns and anywhere they can get away with it. However, you get to leave your mark in a more legal and socially acceptable way: logos. When I was attached to 1st Battalion 9th Marines, the colonel wanted every OIC to nominate potential ideas for new call signs and the enlisted would vote. Additionally, each section was able to come up with a motivated t-shirt authorized for group PT.

Alpha company’s call sign became Atreyu, like the Greek hero — not the band. Although I have my doubts whether they actually counted the votes or played the brass’ favorite game, rock-paper-chevrons, the shirts did have a positive impact when we had to go green-on-green or when there was some battalion-level competition.

Everyone gives you space

Normally artist Marine requests come from higher. The positive feedback loop from volunteering early on in your enlisted career comes with the benefit that you become the go-to guy. When the staff NCOs and officers are discussing something of that nature, they’re not going to place a casting call. They just talk amongst themselves and ask, ‘Who do we have that can do that?’ Everyone with rank knows the guy messing with paint in front of the company office isn’t doing it for fun, some O-3 or above ordered it.

Another time when I was the scheduling NCO at our S-3 section, the colonel requested that combat camera arrive at a 14k haze fest to write an article and take pictures. The day before they cancelled and the colonel walked into our shop and asked that very question: “Who can do this?” I just so happened to be studying photography on my off time and volunteered my equipment. He asked what I needed and I said a vehicle, two bodies and a radio. Granted. That following day I took pictures from dawn to dusk riding around getting good vantage points of events. I was on what is known in the Marine Corps as OFP: My Own F’ing Program.

The colonel wanted to promote Marines at the end of the hump and one of those Marines was a former lance corporal of mine, promoting to E-4. I made sure he got some great pictures front and center. It was one of the most fun experiences of my career.

Challenge coins are a military tradition since the First World War. Allegedly, the origin story is a Marine pilot who was shot down and evaded the clutches of the Nazis using one. The pilot escaped capture by dropping trou’ and disguised himself as a civilian. When he arrived at a French outpost they had slated him for execution because he had no other way of proving he was an American. All of his identification was back with the Germans and his life hung in the balance. Luckily, he still had the medallion that was gifted to his unit. The French believed his story and gave him a bottle of wine.

Ever since, challenge coins have become a military tradition. Sometimes they are awarded for a job well done or sold at battalion headquarters as gifts. The established tradition is that when Marines are at a bar anyone can do what is called a ‘coin check’. The Marines pull out a challenge coin and whoever has the ‘lowest ranking’ coin must buy a round of drinks. In my career ‘coin checks’ almost never happen but when they do its usually at the Marine Corps Ball.

Every once in a blue moon, the battalion submits new designs and orders new coins. If you are lucky enough to be thought of when this idea is floating around the command deck, you may be asked to design one. While it may be just a footnote in the pages of history, after we turn into shadows and dust, those coins remain with the battalion as official memorabilia forever.