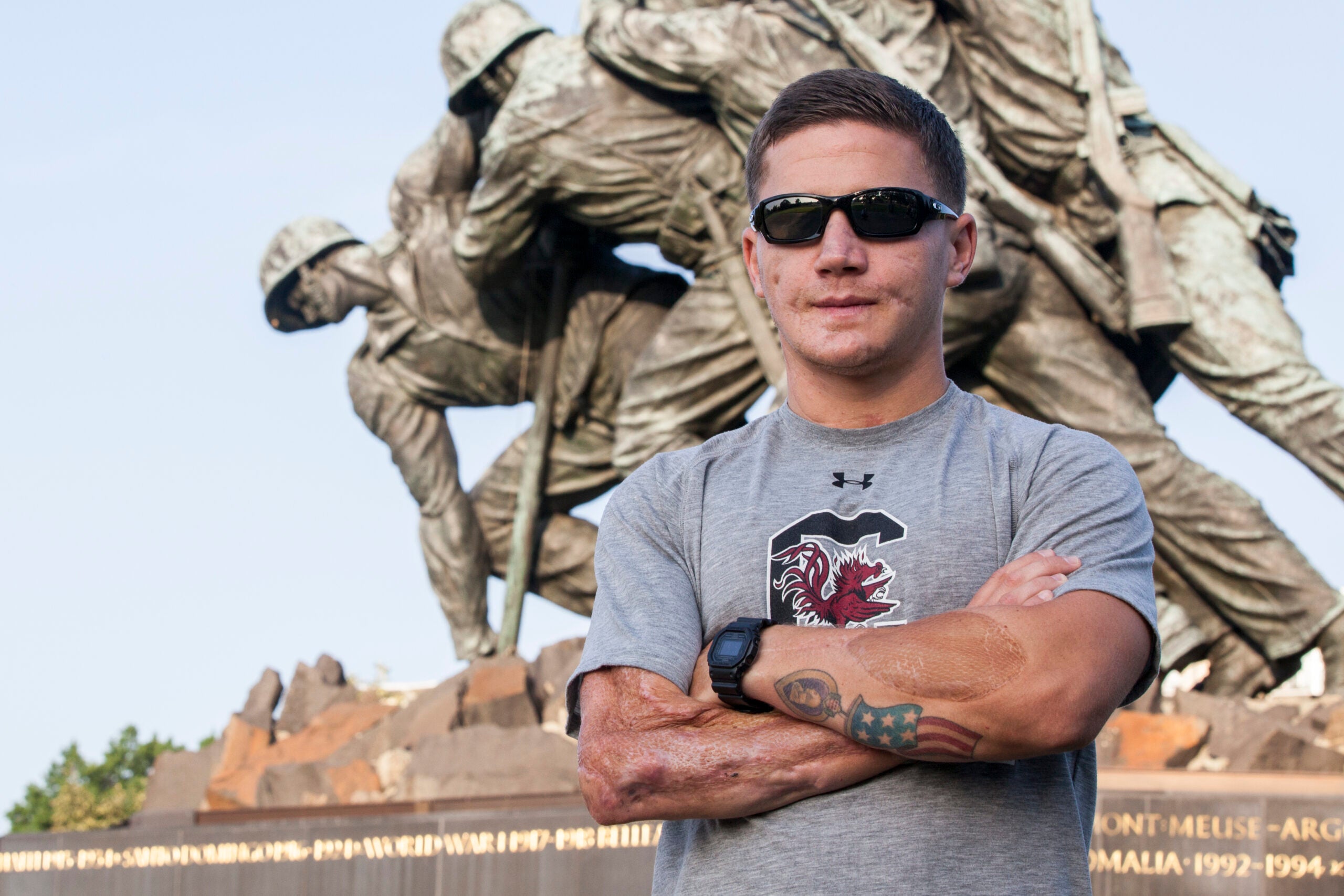 Before joining the military, he lived in Jackson, Mississippi with his parents and siblings. An accomplished athlete, he played football in middle and high school. Then, upon graduating, he joined the U.S. Marine Corps. In 2009, Fox Company, 2nd Battalion, 9th Marines made space for him in their unit.

Aware of the dangers

Of course the young Marine was aware of the dangers of joining the military during war. The Global War on Terrorism had reached its 9th year by the time he enlisted. Still, he had made up in his mind that he would serve a higher purpose.

In March of 2010, Corporal Carpenter deployed to Marjah, Helmand Province, Afghanistan. Once there, Corporal Carpenter engaged in heavy combat, fighting from sunrise to sunset. On November 20, 2010, his platoon moved south to an area held by the Taliban. From the moment the marines arrived in the new region, they had to dodge constant grenade attacks.

The night everything changed for Corporal Carpenter

Suddenly, a hand grenade launched onto the rooftop. Without even a second of thought, Corporal Carpenter bravely threw himself onto the explosive. He covered it with the right half of his body and shielded his platoon partner from the blast.  After the explosion, Corporal Carpenter’s arms went numb, and he fell unconscious. His platoon mates administered emergency medical assistance then had him evacuated by helicopter.

Corporal Carpenter was medically evacuated to Walter Reed National Military Medical Center. He underwent several surgeries to remove shrapnel from his brain, and he lost one of his eyes. Fortunately, the hard-working surgeons of Walter Reed saved his arm. However, it was badly injured.

For nearly five weeks, Corporal Carpenter remained unconscious in his hospital bed. Eventually, he woke to find his family surrounding him. They had decorated his room for Christmas and sat waiting for him to recover.  After the explosion, Corporal Carpenter spent nearly three years recovering in the hospital. President Obama awarded his Medal of Honor in a White House ceremony.