5 reasons not to talk trash about a POG 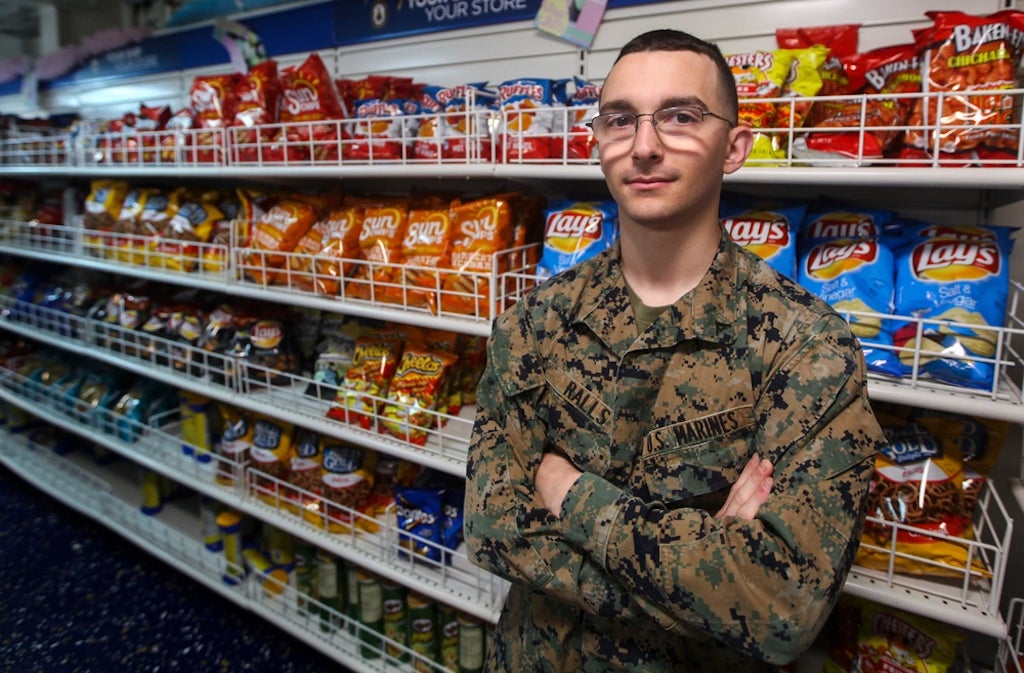 For the uninitiated it’s best to clearly understand the definition of the term POG, sometimes spelled pogue. It’s a term generally accepted to mean “person other than a grunt.” A grunt is an infantryman. POG is almost always used in a condescending manner. It can be argued that there are varying degrees of POGs. Many in combat arms MOS’s do not consider themselves POGs, even though they are not grunts. Grunts consider everyone else in uniform to be a POG, including their infantry brethren who may find themselves serving outside of the MOS for a few years.

The label POG has a powerful psychological effect on many service members. Some go to great extremes to prove they aren’t POGs and bring upon themselves much physical sufferings. They are the kind of guys who shiver in their wet poncho liners kept warm only by the thought “at least I’m not a POG.” Conversely many service members maturely look past this bravado and are quite comfortable being POGs. When they go home on leave the folks in Hometown, USA, having no context, believe their loved one is just like John Rambo or Gunny Highway. Those POGs faithfully do their jobs day in, and day out like sturdy professionals. Sometimes, however, they get tired of grunts talking smack and they get a little payback. Below are 5 reasons why you don’t want to talk trash about a POG.

According to grunts, the stereotype of Admin POG includes anyone who sits behind a computer or who touches a piece of paper. The term is often spoken with contempt and illusions that the Admin POG has never touched a rifle. In truth those who work in the MOS are Administrators. Their responsibilities are numerous and tedious. They include things like your pay, promotion and awards. Did you receive a “no pay due” or fail to receive pay entitlements such as a housing allowance? This may be a result of you bullying the Admin POG at the chow hall. You complain about how you should have been promoted six months ago but “they” don’t have your right scores on record. Perhaps “they” is actually the LCpl or Specialist you laughed at in the gym. You disdain the Admin POG who has multiple awards, but your award was somehow lost in the system. Maybe instead of harassing him you acknowledge his unsavory task and appreciate his efforts. Better yet, offer to take him shooting. Next thing you know you will be promoted, paid on time, and awards all in order.

A lot of Motor Transport Operators aka Motor T Bubbas joined the military right out of high school. They grew up in areas far from any military base and the idea of driving HMMWV’s sounded pretty exciting. After boot camp and MOS training reality set in and they found themselves shuttling troops and cargo to and from the field. It is almost always really early or really late, often on the weekends. When it’s cold outside they have no heat, when it’s hot outside they have no air conditioning. They often don’t get to do the “cool stuff” they are scheduled to do such as a machine gun range because they are understaffed, and they have to go pick you up. They take pride in their work and they take their job serious.

I saw one Truck Platoon that had t-shirts made which said “Force Trucks: Blood, Sweat, Tears and Pain. Driving Grunts in the rain.” Grunts complain about “the trucks being late” when they are coming out of the field. They take out all of their angst out of the drivers. It is usually their own unit that scheduled the pick-up time, but the Motor T Bubbas catch all the flack. The grunts then proceed to leave trash in the truck, including old MRE trash, dip spit bottles, and cigarette butts. After dropping off the grunts the Motor T guys have to clean the vehicle, fill our trip tickets, and ensure the vehicle is fueled for the next run. While he is taking care of the truck he recalls the griping and complaints from the grunts. He decides next time he will deliberately be late for their pickup, especially if it is cold and raining. If you can’t truck it, ruck it. How do you like that trigger-puller?

Grunts love to complain about comm being down. They will yell at, cajole, and deride the Comm Bubbas. (On another note: Why the infatuation with and over usage of the moniker bubbas in the military? Most likely a result of regionalism and the historical prevalence of Southerners serving in the U.S. military). No one thanks them when comm is up and flawless connectivity exist. Grunts aren’t sure exactly what comm guys do but they know it is some combination of electricity, frequencies and voodoo.

Early in an infantryman’s career he tries to break the stereotype of the “dumb grunt” by expressing a grasp of tactical communication fundamentals. He quickly gives up when the Comm-O attempts to explain comm being down with phrases like “the effect of solar flares” or “bouncing off the ionosphere.” It doesn’t help that the Radio Operator repeats what he has been taught “Suns down, freq’s down.” Now we know you are just making stuff up. The Comm Bubbas always have the upper hand though. Their operating principles is, “You can talk about us, but you can’t talk without us.” Advice for the grunts: you can’t win. Thank the Comm Bubbas for the hard work, let them know when you need comm to be up, then stay out of their way.

“Bullets don’t fly without supply.” Two things happen in every military organization: you will be issued a lot of gear you don’t need, and the unit will be short on many of the things you do need. It’s advisable to have a good relationship with a peer somewhere in the supply chain. Not that everyone in Supply is the stereotypical Supply Sergeant with ties to the black market, buuuuut they do not how to “get things” and “make things go away.” After more than 20 years of fighting in Iraq and Afghanistan the defense contracting industry became saturated with all kinds of gear and gadgets that become issued down to the lowest echelon.

Service members stow much of that gear away and never touch it. A couple of years later they try to check out of the unit to conduct PCS orders only to find they are missing a Yib Yab Strap (Yes, it’s a real thing). If they spent those couple of years trash talking the supply guys jealous over their perceived air-conditioned workspaces, well guess who ain’t getting hooked up? Likewise, when you are heading out for a cold and wet field op it’s nice to have a buddy that can get his hands on one of those new sleeping bags. “Thanks brother! I’ll make sure you get to come out with us on the next grenade range.” Remember the supply guy is the one who can say with confidence “You’re gonna need me before I need you.”

Intel guys (known by the grunts as Intel Weenies) love to repeat the phrase “Intel drives Ops.” Though this is true from an operational perspective it does little to generate goodwill between the two communities, as they insinuate “we tell you guys what to do. The Intel Weenies smirk and scurry off to the vault (the generic term for the classified workspace). Grunts don’t know what they do in the vault, but they are pretty sure it involves eight-sided dice, wizards, and making power point presentations.

Why do grunts talk smack about Intel guys? Simply because too often the Intel guy will let you know how smarty he is. We know dude, sheesh! No one questions the Intel guy’s… well intelligence. This stands in stark contrast to the infantrymen who works hard to overcome the stereotype of “dumb grunt.” Grunts do this by using big words, or by making up words like intuitize. This low-grade animosity rarely comes to a boil. The grunt keeps the peace for one reason: maps. The grunt needs maps and the Intel Weenies make maps. We don’t trust your estimate of the enemy’s strength, your weather forecast, or your insistence that you can’t spare a guy for duty; but we need your maps. So, hook us up man, in the spirit of teamraderie.

These 5 reasons not to talk trash about a POG should serve as a reminder to the 03 Knuckle-Dragger (USMC) or 11 Bang-Bang (US Army). You need the POGs. They secretly want to be like you, but not do all of the things you do. No one just gets to show up for the cool stuff. Blasting through several hundred rounds on the machine gun is pretty cool, but police calling the brass and walking ten miles to and from the range…not so much. At the end of the day the POG’s are out brothers. When the chips are down they will be there for you. Additionally, after you establish a solid relationship with the POG you get to be the centerpiece of their stories back home. “Yeah my good buddy Jones, he’s a machine gunner….”