The history of the woobie and why they’re so beloved 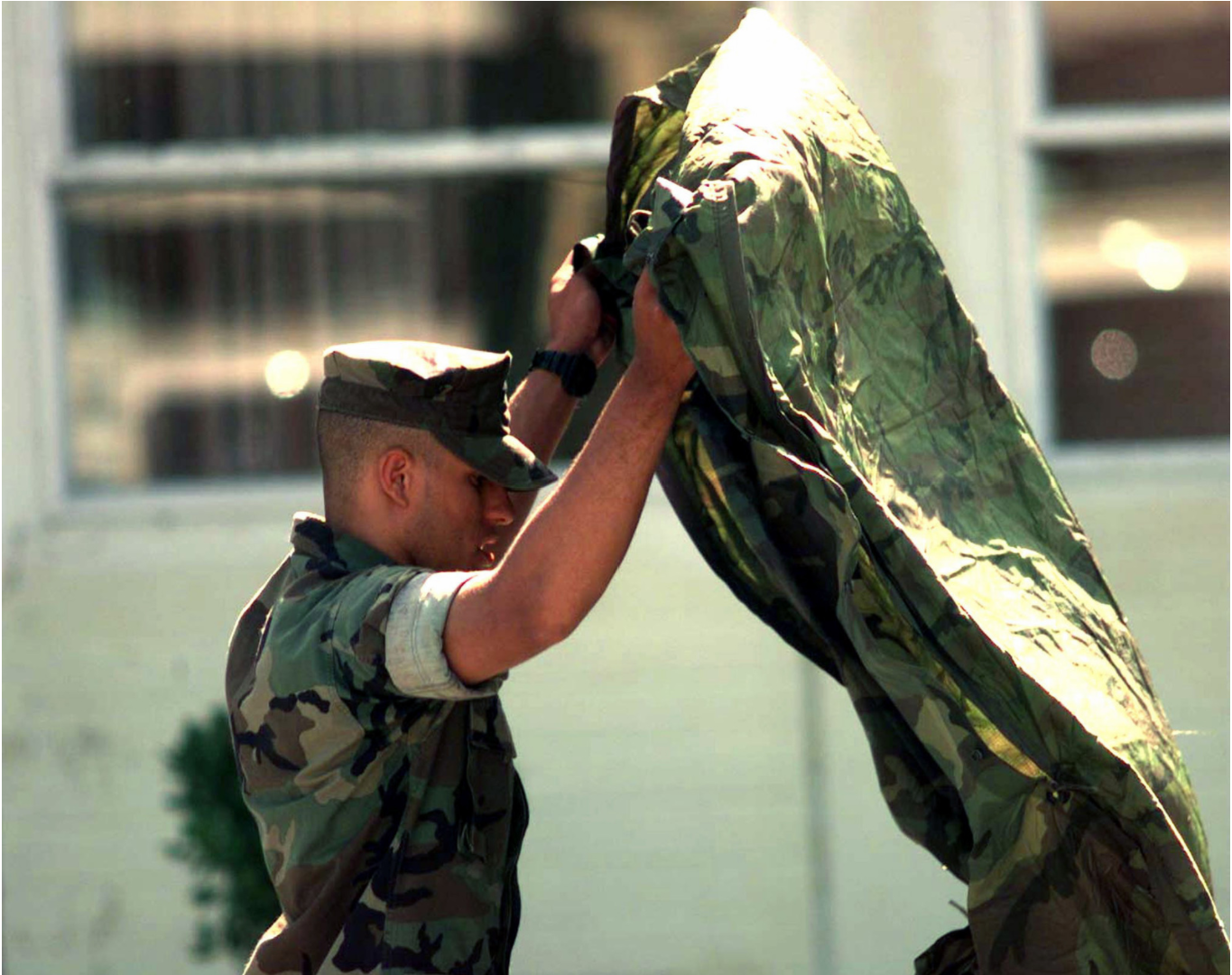 The poncho liner — the lightweight blanket used and loved by many — is one of the most well-known items issued in the military. Despite having been around for decades, it’s still one of the most popular items to date. But what is this thing? Why’s it called a woobie? And why do grown men get so emotional about them? Seriously, steal or damage a man’s woobie and you might fear for your life.

Woobies are kept in families for generations, passed down from veterans to their children, adult males sleep with them nightly – even when not in the field – and there are countless stories about tearful reunions when a woobie is replaced.

There’s just something about this piece that hits home and makes a connection with the soldiers who sleep underneath them.

Take this journey down memory lane and gain some insight on why the woobie is such a big deal, and how its tenure came to be.

A woobie is a pet name for the liner, wet weather, poncho, a lightweight, yet surprisingly warm blanket that comes standard issue to soldiers with their outdoor gear and sleep system. A poncho liner, as it’s more commonly called, is made to provide warmth and comfort in mild to moderate temperatures, as well as a cozy place to get some rest.

But somewhere along the way, it added a personal touch to its existence. Soldiers, especially infantry men and women, became attached. A person’s woobie became an extension of themselves, and it made missions more comforting. Because not only did the liner add to a person’s physical warmth, it met them at their emotional needs.

The history of the poncho liner

The poncho liner was first introduced in the 1960s during the Vietnam war. It’s made of two layers of nylon, meant to remain light enough for soldiers while they were fighting and sleeping in the Vietnam jungle climate. It also dries quickly, adapting to a moist environment.

The liner is sewn to withstand the elements, with a hard seam stitch, and a distinctive pattern throughout the bulk of the fabric to keep pieces in place, despite rough conditions.

What’s most interesting about the poncho liner is its engineering that somehow keeps in heat while keeping the cold at bay. Even when wet, the liner can keep a solider warm, all while drying quicker than their wool blanket. This is even more impressive considering they were first made from excess parachute material, in duck hunter camo, that was leftover from WWII.

Originally, that’s why liners were released in a dated camo pattern. But even once the excess material was used, the use of tri-color camo continued.

Various patterns of poncho liners have been issued throughout the years, including different styles from each military branch.

Finally rounding out poncho liner specs: each model sits at 62 by 82 inches, and has tie cords so they can be attached to rain ponchos. Useful and ready on the go.

It wasn’t always called a woobie. For years, soldiers referred to the poncho liner by its official name. Then somewhere along the way, it gained a nickname; the most common explanation is that “woobie” comes from the 1983 film, Mr. Mom, in which a child refers to their blanket as “woobie.” Others say it’s a portmanteau of “would be,” as in, “You would be cold without it.” No one knows for sure which theory is correct, though history shows the nickname taking hold somewhere in the early 1990s.

Considering the resounding reviews it gets from soldiers, it’s no wonder the pet name stuck. Even for grown men, the comfort of a security blanket does wonders for morale.

Here are a few of the woobie’s rave reviews:

“I HAD MANY HAPPY MOMENTS IN THE FIELD WITH THIS BLANKET, LIKE LINUS ON PEANUTS.”

“If you were limited to just a few pieces of survival gear, this should be at the top of your list. Versatile, rugged, weighs next to nothing, hides you, keeps you warm as toast with your own body heat.”

“These are amazing. If you have not ever had the pleasure of wrapping up in a true, govt-issued poncho liner when it is cold, you are missing out. It is like they are magic. They warm you up in seconds with your own body heat just like an electric blanket would.”

“I’ve been out of the military since 2001 and I’ve slept with my woobie almost every night since basic [training]. When mine wore out I thought I might have to re-enlist to get another one in good shape. Luckily, I was able to purchase another one in near perfect condition for less than two years of Army pay.”

These are just a few of the item’s shining reviews. Task and Purpose even published an article naming it, “The greatest military invention ever fielded.”

And don’t worry, if you ETSd or lost yours, you can find them on Amazon. They have cheaper versions too, like the one below. How warm it’ll keep you is debatable, but the reviews aren’t terrible.

However, consensus agrees, most prefer to take the loss and pay for their woobie outright, rather than turn it in with their issued goods.

After all, can you really put a price on personal security? Either way, we can all agree that the woobie is one of the most loved military items of all time.

Do you have a beloved woobie? Tell us about yours below.