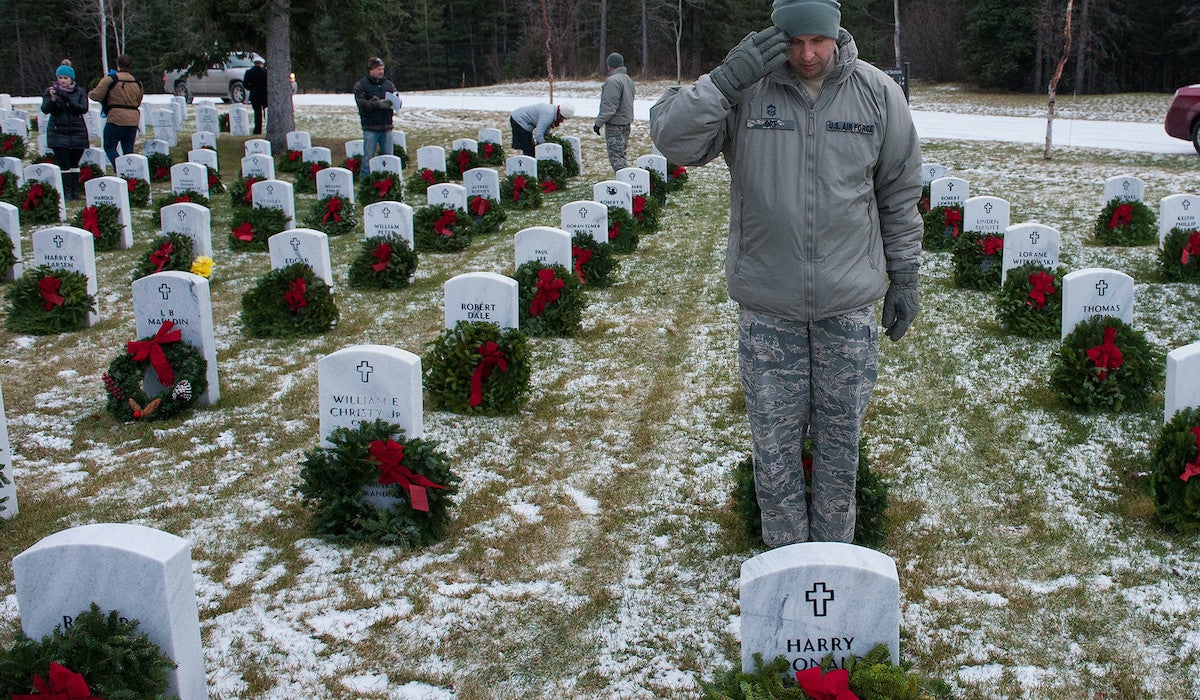 On Monday November 16, 2020, Arlington National Cemetery announced that they were canceling the laying of wreaths in the cemetery and the Soldiers’ and Airmen’s Home Cemetery due to COVID-19 concerns. Arlington National Cemetery said that it conducted a “thorough analysis” of the possibility of safely conducting the laying of wreaths before deciding to cancel the event. The controversial announcement received an outpouring of responses to reverse the decision.

Wreaths Across America took to Twitter to express their disappointment with the decision. “As an organization, we are shocked by the unexpected turn of events,” they said. “To say we are devastated, would be an understatement.” Over the past six months, the organization has been working with officials to ensure that their outdoor wreath-placement events were conducted in accordance with all applicable rules and mandates. Other Twitter users expressed their disappointment with Arlington National Cemetery’s decision and called for them to reconsider, including members of Congress.

President Trump participates in the 2018 wreath-laying event at Arlington

“I encourage Army leaders to reconsider this decision,” tweeted Sen. Tom Cotton, a former Army infantry captain. “Thousands of people have marched in DC streets the past couple weekends for Joe Biden and Donald Trump. Surely volunteers can responsibly place wreaths on the graves of our fallen heroes at Arlington.”

Sen. Cotton was joined on Twitter by another veteran in Congress. “This decision to cancel #wreathsacrossamerica must be reversed immediately. Critical thinking must win over emotion,” tweeted Rep. Dan Crenshaw, himself a former Navy SEAL Lt. Cdr. “Large areas, outside and well spaced, with masks on, is perfectly safe. Our fallen deserve to be remembered.”

On Tuesday, November 17, 2020, the calls to reverse the decision were answered with two announcements from the Executive Branch. “I have directed Arlington National Cemetery to safely host Wreaths Across America,” tweeted Secretary of the Army Ryan McCarthy. “We appreciate the families and visitors who take time to honor and remember those who are laid to rest at our nation’s most hallowed ground.”

Secretary McCarthy’s tweet was followed by one from President Trump. “I have reversed the ridiculous decision to cancel Wreaths Across America at Arlington National Cemetery,” he tweeted. “It will now go on!”

Since Morrill Worcester organized the first wreath-laying ceremony at Arlington in 1992, hundreds of millions of wreaths have been laid on the headstones of American heroes at Arlington, across the United States, and at American military cemeteries around the world.