How the US military pays tribute to our fallen heroes 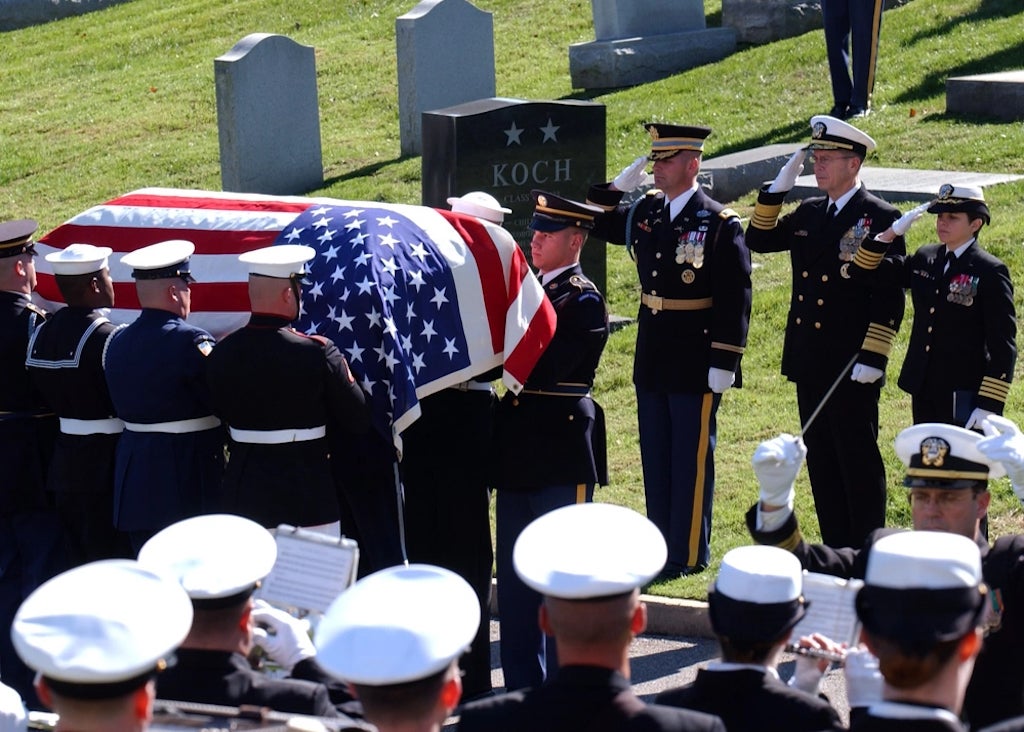 The world faces uncertain times in which men and women must answer the call of duty. When the U.S. unites with its allies to fight a great evil, the cost of freedom is shouldered by all. Some however, shoulder their part with their lives. Since the first civilizations, grateful nations pay respect to their fallen warriors. In the modern era, the customs and traditions of US troops and our allies have deep roots in history. This is how we honor the fallen.

Adorning the casket with the national flag

When the American flag is draped over the coffin, it is placed in such a way that the union blue field is displayed at the top and over the left shoulder. The flag is presented to members of the armed force and retired military veterans, is not positioned inside the burial site, nor is it permitted to come into contact with the ground. The flag is presented by members of the branch of the Armed Forces in which the person died while on active service. Additionally, the Department of Veterans Affairs provides the country’s flag for veterans, which are proffered to the closest relative at the final moment of the funeral. If there isn’t any next of kin, the flag is issued to an available family member or a close friend.

The honor guard, including up to six Armed Forces personnel, transports or escorts the coffin to the burial site. Funerals are classified into various levels, such as normal ceremonies and full honors funerals. A local force for a normal army funeral may comprise 2-3 service personnel, as per a retired Army service member. The honor guard is also responsible for keeping the American flag pulled tight over the coffin and wrapping it according to the protocol before delivering it to the top-ranking officer.

This honor method was borrowed from ancient war times. It implies that the fallen warrior has been relieved of their duties officially, mainly removal from the battlefield. According to the old traditions from which the method was borrowed, the firing was done after getting the dead off the field. Once they had all been taken care of, the battle would proceed. It provided the soldiers on the field an opportunity to honor their fellow service members even amidst war.

Taps is a method of honoring fallen soldiers invented in the 1860s by General Daniel Butterfield. They started referring to it as “Taps” as it was frequently tapped out on a drum in the utter lack of a military band and was considered an acceptable alternative when firing three volleys for fallen soldiers deemed dangerous due to the adversary’s closeness. The loud rifle volleys would probably sell their position, jeopardizing the mission. While Taps was discovered in the 1860s, the United States Army officialized it in 1874.

The 3rd U.S. Infantry Regiment, otherwise recognized as The Old Guard, conducts memorial services to commemorate our fallen soldiers, as well as celebrations and big occasions to reflect the Army and tell our country’s and the world’s tale. According to Mr. Matthew Hernandez, an erstwhile U.S. Army Captain, it was always a pleasure to work with a unit in charge of honoring the brave men and women from the Army. The Old Guard’s attention to detail and specificity in performing commemorations is admirable.