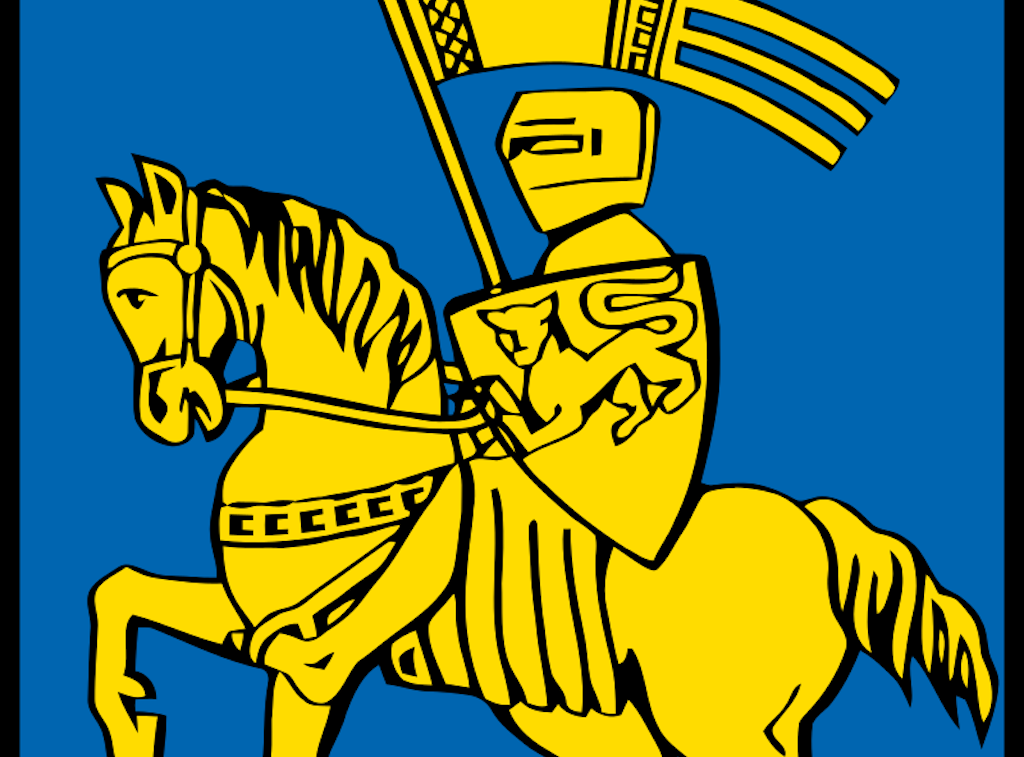 Henry the Lion on the coat of arms of Schwerin.

The surcoat, a textile garment placed over the armor to hide it from the sun’s rays, is where the word coat of arms comes from. In the Middle Ages, knights and nobility frequently possessed a coat of arms, which was a particular sign that distinguished their families. Heraldry was the term for having a unique sign or coat of arms. Every coat of arms was supposed to be unique because they were typically used for identification. People known as heralds had a duty to keep track and count the various coat of arms, ensuring that the new coat of arms was distinctive. They also kept tabs on the owners of each coat of arms for reference purposes. While the symbols were supposed to be unique, simplicity and boldness were required to make them more visible during combat.

This was the oldest known coat of arms emblem from the second part of the 12th century when great nobles utilized it. The equestrian seal has a lion symbol mainly used to depict heroism and valor on the battlefield. Knights who wore the Equestrian seal’s coat of arms symbol were fierce and regarded as the best in the empire.

During the mid-1100s, Chequy was a familial coat of arms emblem used as a stamp in England. Ralph I, Count of Vermandois’ initial chronological seal with a chequy pattern, superseded by the count’s subsequent seal in 1146. The direct family would use the red and gold insignia, while the half-siblings would wear the blue and gold chequy emblems.

This was a family-based logo that was used to signify uncles and nephews. Pembroke wore a chevrony emblem designed for Hertford’s sister, and they featured variations on a frequent de Clare theme. The seals are linked to unattributed characters but positioned in sequence no later than 1146.

This was an individual coat of arms emblem ordered by Geoffrey’s widow Mathilda of England for grave porcelain. The porcelain depicts four lions on the armor’s patent side, but it’s widely assumed to be similar to the six-lion coat portrayed on his grandson William Longespee’s funerary monument and known to have been created using similar colors.

A document from around 1163 bears the insignia of William, Geoffrey’s son. It features a single lion on both the armor and the attire, and it could be the earliest depiction of the coat of arms that would subsequently appear on Richard’s first badge.

From 1181, Frederick VI is documented to have exhibited an unrestrained lion on his coat of arms emblem. His shield is depicted as two lions roaring in his ReiterSiegel from 1188. His younger sibling had a different sign, depicting three lions, and later became the Staufer family coat of arms badge and then the coat of arms of Swabia.

John had a personal coat of arms emblem with two lions excursively depicted on the badge as he was a Lord of Ireland. During his father’s final year in power, he embraced this emblem and insisted on wearing the seal during his brother Richard’s reign. When he succeeded to the kingdom, he inherited his brother’s coat of arms, including three lions.

This was England’s initial authenticated royal coat of arms. It’s uncertain whether the invisible side of the shield contained a second lion or if only the apparent lion were featured because only half of the shield was viewable. The shades of this emblem are unclear; however, numerous of his father’s close relatives bore arms with one or perhaps more golden lions on a red background, suggesting that these were the combinations of this emblem.