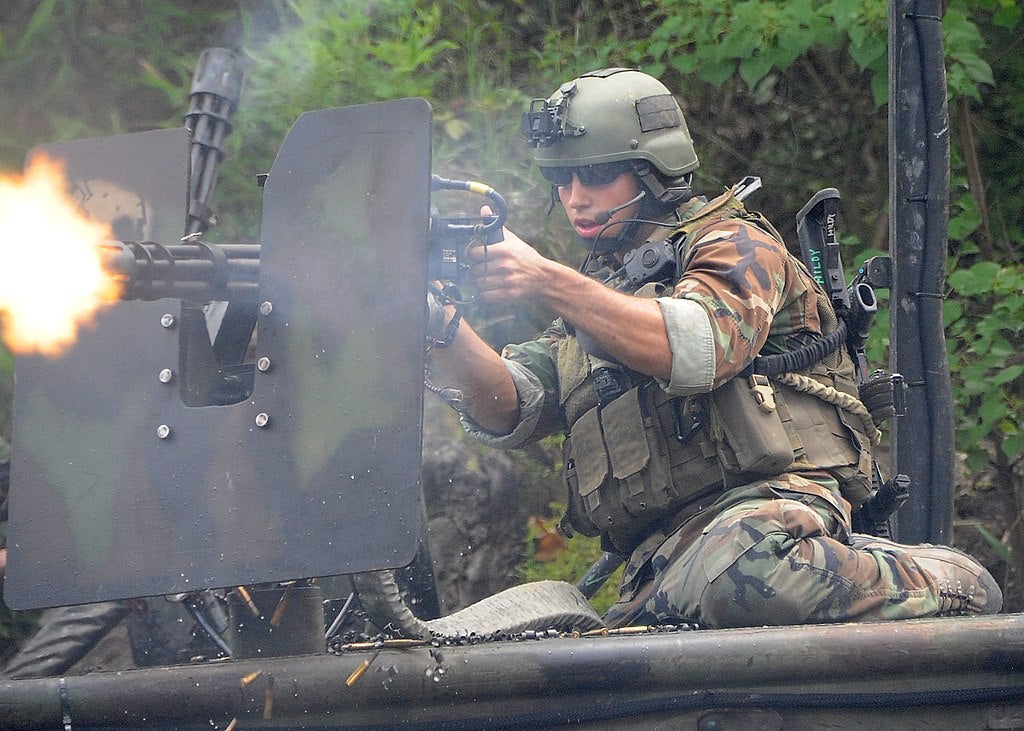 Dr Richard J. Gatling devised the Gatling rotary-style ammunition delivery method in the 1880s, and the GAU-17 operation followed in his footsteps. The barrels of these initial models were rotated by hand-cranked compressive force, and cartridges were fed from the top. The design was proven to be valid, and it was reviewed many years later when an electric motor was fitted to provide current for the required rotating action. Despite its 1960s roots, the GAU 17/A is still used by conventional and combat operations troops today.

When the original GUA-17 was being devised, the project was given the name “Vulcan,” hence the common name used to refer to the weapon. The M61 Gatling weapon, as well as aircraft-mounted rotary cannons capable of launching 20mm rounds, were developed as part of the program. With the increased usage of aircraft as armed combat ships during the Vietnam War, General Electric redesigned the M61 into the M134 minigun series, which was configured to discharge the NATO-standard rifle cartridge and was reasonably transportable.

Once it was discovered that sluggish, low-flying helicopters were vulnerable to enemy fire emanating from the concealment of the jungle, the M134 became a common sight on US Army helicopters and fixed-wing gunships throughout the Vietnam War. A suppression weapon was required to clear the forest and attack the enemies lying underneath.

When the US Army realized the era for single-barreled automatic firearms was over as they had explored the design to its limits, it decided to research and develop ideas on multi-barrel rotary guns. The General Electric Company got a contract in 1946 for project Vulcan and was responsible for producing functional prototypes within a stipulated period. After six years, the company came up with three different prototypes, but the US Army chose only one.

After testing the 20mm prototype, it was found to be a sustainable aircraft-mounted weapon. After four years, the weapon was standardized and officially issued to the US Army and Air Force. After a redesign, they came up with the M134, which was a better version of the original. The M134 was integrated into the armament system, and the pilot or co-pilot could fire it. The M134 GAU-17 was one of the biggest gun inventions in history as it paved the way for other wonderful models.

The typical 134M GAU-17 is a six, air-cooled, electrically-controlled rotary machine gun. Thanks to the electric drive, the firearm revolves inside its casing, with a revolving shooting pin component and rotational chamber. [3] The multi-barrel configuration of the minigun not only prevents overheating but also fullfils other purposes.

Because the serial operation of discharging occurs in all barrels simultaneously, many barrels provide for a higher capacity for a high fire rate. As a result, as one-barrel discharges, two others are extracting shells, and three more are being reloaded. Numerous closed-bolt rifle barrels are stacked in a spherical casing to make up the minigun.

A secondary power supply, normally electric, pneumatic or hydraulic, rotates the barrels. The compressed gasses or recoil force of fired cartridges propel other rotating-barrel guns. Although the firearm can pump linked ammo, a delinking converter is required to remove the connections as the cartridges are loaded into the barrels. This is basically what makes the M134 GAU-17 such a good army weapon, though highly priced. At the same time, the technology behind its design makes the weapon a perfect military gun that never jams.