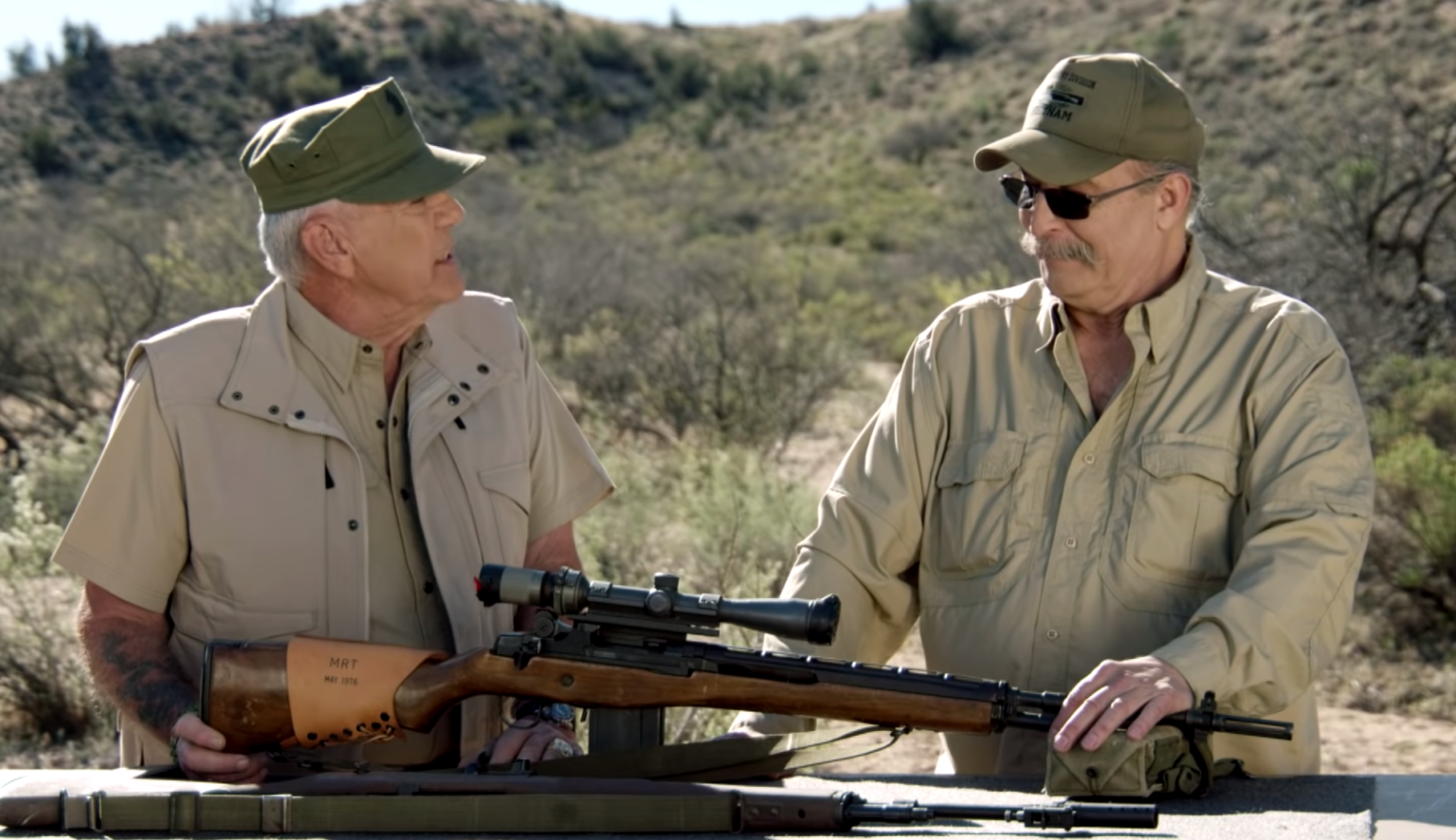 Ed Eaton came from a Marine Corps family but joined the National Guard in 1965 while he was still in high school. He chose the Army because he wanted to be a combat medic and the Marines don’t have those. Unfortunately for Eaton (and fortunately for one of his future commanders) the Army needed infantrymen.

Once in the Army infantry, Eaton became a radio operator, but was soon able to prove he could do more. He went to sniper school and became an expert marksman. By the time he arrived in Vietnam, he found himself in the 9th Infantry River Raiders, operating out of the Mekong Delta in 1968.

Aboard the USS Westchester, he and his fellow soldiers provided air support to infantry units operating in the rice paddies of the Mekong River Valley. On the evening of April 3, 1969, his Captain, Mike Perkins, called on the River Raiders for volunteers. They needed to recon a small village around a fork in the river near Can Tho, where enemy radio traffic was suddenly heavy.

Eaton and nine others volunteered to board two UH-1 Iroquois helicopters and be airlifted into a nearby rice farm. All they found were villagers working in those fields at first glance. As they began a closer search of the rice paddies, they uncovered what appeared to be a bunker – they had found one of the Viet Cong’s infamous underground tunnels.

Perkins immediately ordered all his men to leave the area, believing that they would soon be meeting a large enemy force. He called for the Hueys but before they could get aboard, the area exploded with enemy small arms fire. Two Cobra gunships covered the extraction.

As they departed, Perkins noticed they had left a man behind, so he ordered the helicopters back to the area to retrieve him. When he boarded his gunship, Perkins noticed one of his men had left a helicopter to provide cover fire and now he was being left behind. The Hueys had to land again. This time, disaster struck in the form of a VC bullet.

A round had disabled the Huey’s engine, causing it to pitch and hit the ground hard. Everyone but Sgt. Ed Eaton was wounded. He climbed to the top of the helicopter amid a hail of bullets but found it completely inoperable. He shouted at his fellow soldiers to hand him their rifles and then used them to hold off the approaching enemy force.

As Eaton’s aim got deadlier and deadlier, the enemy force began to slow and then back off entirely. He held them off for so long, another helicopter was able to arrive on scene and extract the wounded men. Only one, Capt. Perkins, was unable to be moved due to his injuries. Eaton stayed with his wounded commander until another helicopter could be brought to bear.

“I won’t leave the old man to die alone,” he told his compatriots.

Eaton fought off the entire VC advance until the new Huey arrived. When it did, only Perkins could board, but a fresh scout sniper was able to take his place by Perkins’ side. Eventually the two men were airlifted out by a Cobra gunship, who took them to a safe site where they could be picked up by yet another Huey.

In the fighting Eaton was shot in one of his fingers and had suffered a broken back, either from a grenade or the crash. His body was ridden with shrapnel wounds from enemy grenades. When he was finally lifted out, he found he had only five rounds left in his rifle.

After his year in Vietnam, Eaton left with three Purple Hearts, three Bronze Stars with valor devices and a number of Army Commendation Medals. Perkins, who also survived the war, never forgot the ordeal his NCO fought that night and has campaigned to upgrade his medal to a Medal of Honor ever since.