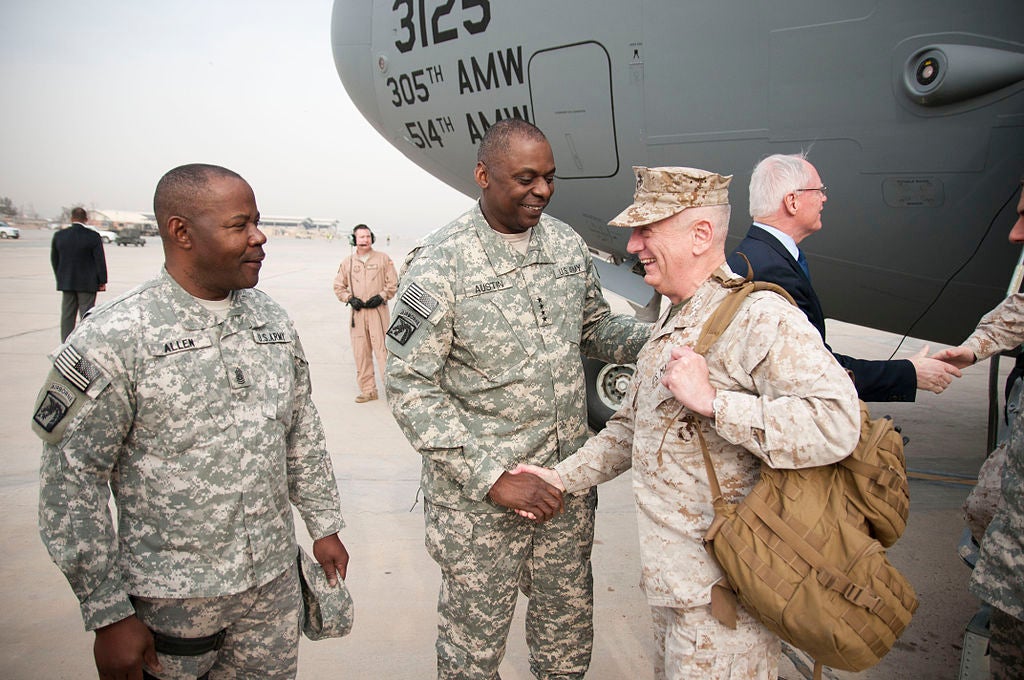 In the middle of the U.S.-led invasion of Iraq on April 4, 2003, Marine Corps Col. Joe Dowdy visited the tent of then-Gen. James Mattis. The general was there to relieve Dowdy of the ammunition from his sidearm, a move that would effectively end Dowdy’s 25-year career.

Though the scene wasn’t depicted in the 2008 HBO miniseries “Generation Kill,” it did warrant a mention because of the Marines’ responses to the move. Having a general ask for the ammo to your weapon is a big deal, and you can tell by how the Marines react to the news and how it appears in “Generation Kill” author Evan Wright’s book.

In 2003, Mattis was using a strategy known as “Maneuver Warfare” against Saddam Hussein’s Iraqi forces. The plan called for rapid deployment of troops and vehicles in small divisions to keep the enemy confused, force him to hesitate, and then allow for the Marines to exploit the opportunities that hesitation creates.

According to a spokesman for the 1st Marine Division in 2004, Colonel Dowdy’s removal “…was a decision based on operating tempo.” Dowdy, as commander of Regimental Combat Team 1, it seemed, was not moving rapidly enough for Mattis’ plan. By the time the general took the bullets out of his weapon RCT-1 was within 130 kilometers of Baghdad, Iraq’s capital city.

It would appear that Dowdy didn’t get close enough to Baghdad fast enough for Gen. Mattis. Sources say Dowdy would hesitate outside of hostile Iraqi cities, concerned about the resistance to his forces and the danger to his Marines.

In what had to be one of the crowning achievements of his career, Dowdy led his 6,000 Marines on an 18-hour race to Baghdad. Instead of being lauded, the 47-year-old officer was removed from command. Mattis asked for his ammunition because, according to Dowdy, he thought the colonel might kill himself.

A Marine officer being removed from command is probably the worst way to be removed from the battlefield. Dowdy was the only officer so relieved during the invasion of Iraq and later told the Wall Street Journal that he would have rather taken an enemy bullet. His removal came as a surprise to all (especially Dowdy) because he had not done anything that would normally call for his relief. These include actions like disobeying orders or failing a mission.

Because Dowdy hadn’t done anything to (seemingly) warrant his dismissal, Mattis’ decision to remove him and end his career sparked controversy in the Marine Corps and within the Department of Defense. In the end, the two men saw battlefield tactics and strategy very differently.

Mattis thought speed was everything for the invasion of Iraq. Dowdy believed that sacrificing everything else in favor of that speed put his Marines at unnecessary risk. Mattis was the senior officer and Dowdy’s commander, however, and Marines do not argue in those situations. Later, Gen. Joseph Dunford, who served as Mattis’ Chief of Staff, would say that the decision could not be explained after the war, as decisions made in combat are impossible to explain.

Dowdy would leave the Marine Corps in 2005, after a career where he was revered by his Marines, both officers and enlisted alike. Looking back on the incident, Dowdy told a reporter who visited him about the event, “At least I don’t have a butcher bill to pay.”