The long history of the US military and Tabasco Sauce 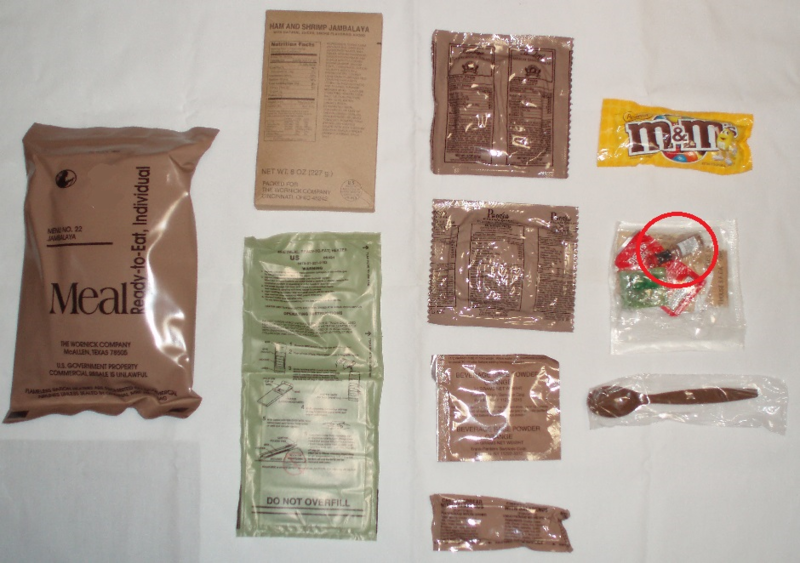 For many veterans, the sight of a bottle of Tabasco Sauce is a welcome one, no matter how large or small it might be. In numerous conflicts requiring the use of field rations, the military’s “Meal, Ready-to-Eat” (or MRE), Tabasco was a necessary component of being able to get nutrition without gagging.

Many MRE meals contained a small bottle of Tabasco for a time and although it’s since been replaced by a packet of hot sauce with a more obscure brand name, Tabasco and military food have had a long history that dates back to the Civil War.

The now-famous hot sauce was never intended to be the sole product of the McIlhenny farm. Then a simple family farm on Avery Island, Louisiana, the family abandoned it during the Civil War as Union troops approached it from the north. After the war, the McIlhenny Family returned to their farm to find it completely stripped of all its crops.

All except one: capsicum peppers. In a display of American ingenuity, the McIlhennys decided to mix the peppers with salt from Avery Island’s salt mines, creating a spicy, salty, but altogether edible pepper sauce that quickly caught on in popularity. The first bottle of Tabasco sauce went on sale in 1868.

As the country entered the 20th Century and the conflicts that came with them, rations were introduced that carried much of the same issues we have with rations today. Not everyone likes the same kinds of foods and rations, when used for long periods of time, can become repetitive and have an effect on troops’ performance in combat.

When World War II broke out, one of the McIlhenny’s own, Walter McIlhenny, went to war with the United States Marine Corps. He realized that his Marines were having the same issues with their C-rations. They were bland and repetitive and troops quickly grew tired of them.

When Walter McIlhenny returned home, he became president of the McIlhenny Company, which was still making its now-famous Tabasco Sauce for purchase on the civilian market. He saw a business opportunity in the bland food the military served. His company created “The Charlie Ration Cookbook or No Food Is Too Good for the Man Up Front.”

The cookbook not only delivered some humor, but also recipes for mixing different elements fo Charlie rations that gave the food different flavors and allowed soldiers to mix up their dining palates. During the Vietnam War, the Tabasco company shipped the book overseas wrapped around a two-ounce bottle of their famous sauce.

The only issue with the cookbook was that it sometimes called for ingredients troops didn’t have access to or it asked that troops in Vietnam capture live animals, like fish. This was something they avoided with great effort due to the potential for health issues. What they appreciated without fail was the Tabasco Sauce included with the books. When they couldn’t use a recipe, they spiced up their C-rations with the sauce.

Eventually c-rations were replaced and by 1981, the U.S. military had introduced the Meals, Ready-to-Eat form of field rations. With this iteration of battlefield food, the military recognized the love of Tabasco Sauce (and the fact that repeated use of MREs gets old very quickly) and included small bottles of Tabasco in their prepackaged meals.