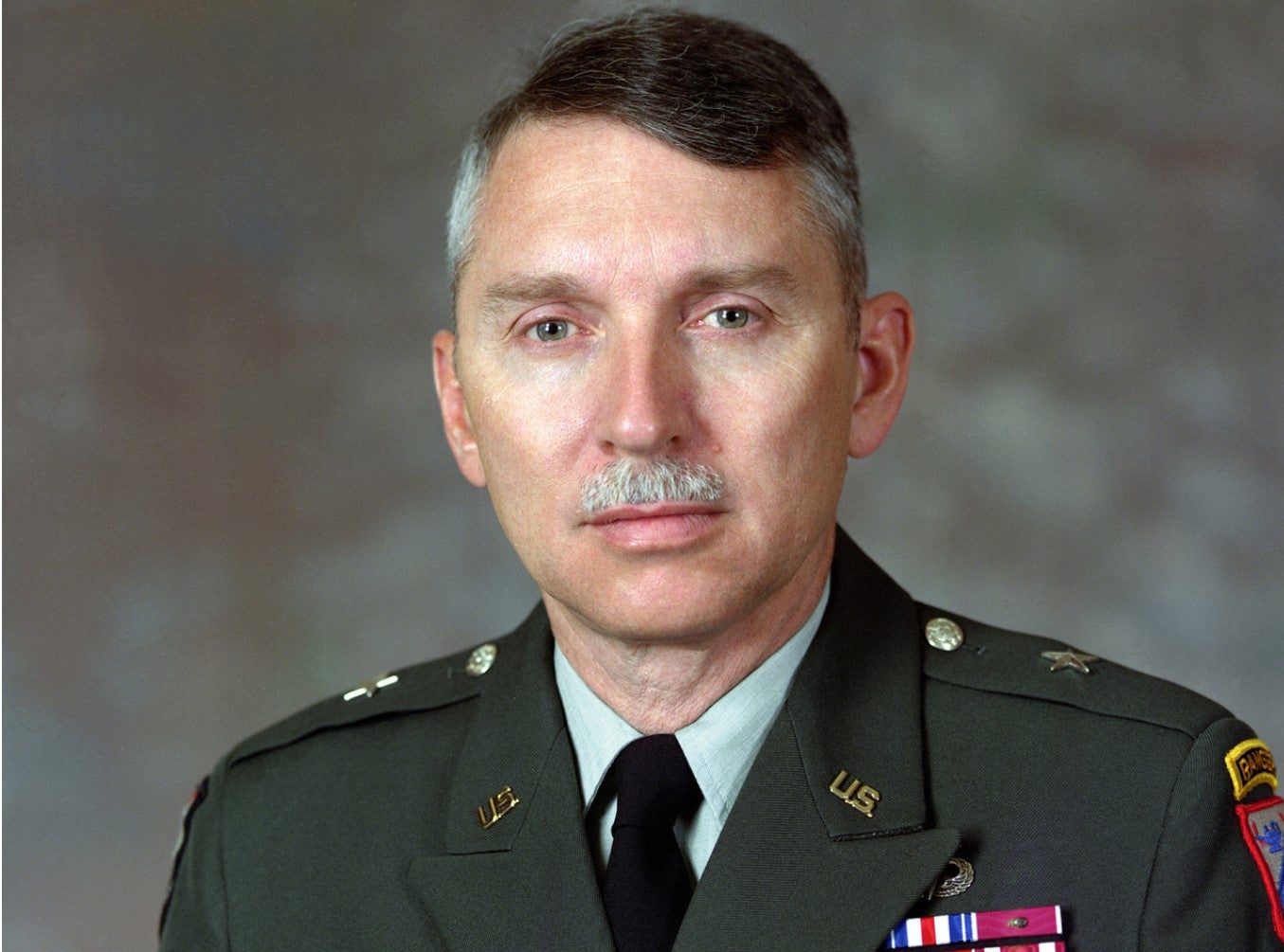 Typically, losing a limb is a career ender for troops. After all, they’ve already given enough and surely they won’t be able to withstand the rigors of combat without all four limbs.

Except, yes, they can. These 6 warriors lost limbs in battle, laughed in the face of death, and came back to fight another day:

Gen. Frederick M. Franks was the commander behind the “Left Hook” of the American invasion of Iraq in Desert Storm. Franks’ armored formations surged north into Iraq and toppled over a dozen Republican Guard divisions. And he led the whole operation with one leg.

Franks began his career in 1959 and received awards for valor in Vietnam before heading to Cambodia. He was injured by a grenade there in 1970 and doctors were forced to amputate much of his left leg. He asked the Army for permission to continue to serve and eventually made it to four-star rank.

He and Gen. Eric Shinseki, who survived a partial amputation of his foot in Vietnam, used to show their prosthetics to new amputees in Walter Reed. The tours were designed to remind the younger soldiers that they could still achieve great things after an amputation.

2. Alexei Maresyev, a Hero of the Soviet Union

Alexei Maresyev had just graduated flight training when the Nazis invaded the Soviet Union and he was called on to fly against the technologically advanced Luftwaffe. In Jun. 1942, the young pilot was shot down over German-occupied territory and had to crawl for 18 days back to Russian lines. The frostbite and the injuries from the wreck resulted in both his legs being amputated.

But Maresyev fought his way back to active duty, partially because he was already respected for four aerial kills before he was shot down. In 1943 he again took to the air against the Nazis and shot down another seven enemy aircraft before the war ended, earning him the title “Hero of the Soviet Union.”

3. Douglas Bader, legendary pilot in the Battle of Britain

Like Maresyev, Bader was a respected pilot who lost his legs in a crash. Bader’s injuries resulted from an air show crash in 1931. The Royal Air Force retired him but said he might be able to return if war broke out. He spent the next eight years perfecting flight with prosthetics.

In 1939, he was admitted back into the RAF and learned to fly Spitfires. His first aerial kill came while he covered the evacuation at Dunkirk but he rose to legendary status in the Battle of Britain and had 23 kills before being shot down and captured on Aug. 9, 1941.

Jean Danjou graduated the French military school at Saint-Cyr and joined the army as an officer. After fighting Algerian nationalists in the 1840s, he volunteered to serve in the French Foreign Legion. At the Battle of Sevastopol, Danjou lost his left hand.

In 1863, Danjou led a 66-man element which came under attack by approximately 2,000 Mexican soldiers. He led a fighting withdrawal to a nearby estate at Camerone and rallied his men for an 11-hour battle. The unit was nearly wiped out but inflicted hundreds of Mexican casualties. Danjou died in the fighting. His prosthetic hand is now paraded in France every year at commemorations of the battle. The battle is sometimes described as “France’s Alamo.”

SEE ALSO: This stunning defeat is a point of pride for the French Foreign Legion

5. Horatio Nelson, the man who shut down Napoleon

Then-Rear Adm. Horatio Nelson was already a British hero when he lost his arm at the Battle of Santa Cruz de Tenerife in 1797. For most, this would signal time to quietly retire, especially since Nelson had already given up an eye for his country.

Instead, Nelson went into super-admiral mode and just started waging even more intense battles against the French. His 1798 victory at the Battle of the Nile stopped Napoleon’s plans to conquer Egypt and threaten British-controlled India. And it was Nelson who defeated Napoleon’s attempts to cross the English Channel and conquer Britain in 1805 at the Battle of Trafalgar.

6. John B. Hood, the general who tried to save the Confederacy

Lt. Gen. John B. Hood had already suffered a severe arm injury when he lost a leg at the Battle of Chickamagua in Georgia in 1863. With the Confederacy fighting for its life, Hood took a short convalescence and quickly returned to command.

He repeatedly attacked Union Maj. Gen. William Sherman’s troops in an attempt to stop the march to the sea and relieve the pressure on Atlanta in 1864. After fighting there, Hood led troops in the defense of Tennessee in the Battles of Franklin and Nashville. With the Union Army marching south, he attempted to rally troops in Texas in 1865 but was eventually captured.