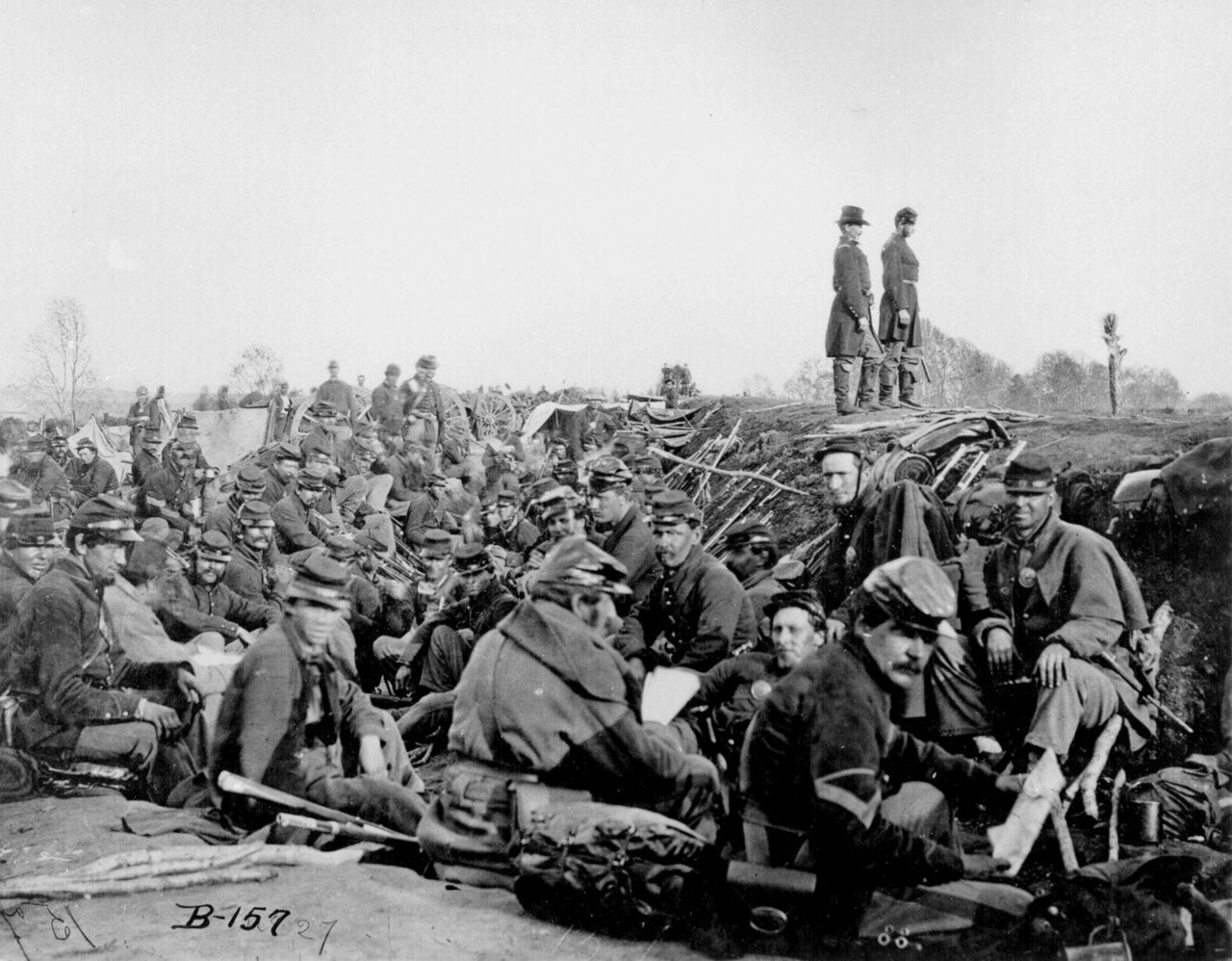 John Chase was 19 years old when President Abraham Lincoln sent out a call for volunteers to fight for the Union cause. He signed on for a 90-day enlistment but would end up serving as a Union soldier for the next three years.

It was a good thing for the Union Army he did. He was instrumental at the Battle of Chancellorsville, where the Union was soundly defeated by the Confederates, but without his artillery battery, the loss would have been much worse. He brought his skill at the guns to the Battle of Gettysburg, where he fought to hold Culp’s Hill.

Chase was among the first Americans to volunteer for the Union Army when the Civil War broke out in 1861. After the First Battle of Bull Run, he decided that he would stay in the Army and joined the 5th Maine Light Artillery. The next time he saw serious action was with the Union Army at the battle of Chancellorsville.

Chancellorsvill wasn’t going to be an easy fight for the Union artillery. Immediately upon reaching their position, half of the unit’s horses were killed. Only three of their six guns could be brought to bear against a Confederate infantry that was slowly closing in and rebel guns that were obscured by a treeline.

The rebels kept firing on Chase and his fellow artillerymen, knocking one of the guns out and killing most of them. Eventually, only two gunners were left standing, firing a single gun. Their first commander was wounded and taken from the field. Private John Chase and Corporal James Lebroke were the only two left after just 30 minutes of fighting.

At Chancellorsville, Chase and Lebroke continued firing that last cannon until an enemy shell hit the gun directly in its muzzle. It was a near miss for the two artillerymen. They were unscathed, but the cannon was beyond repair.

The 116th Pennsylvania infantry soon came to the relief of the 5th Maine. The Pennsylvanians helped Chase and Lebroke remove the remaining guns and caissons from the field. With the smoke still heavy on the battlefield, Chase doubled back and carried Lt. Kirby to safety as well.

Kirby wrote their Medal of Honor recommendations while being transported in an ambulance that same day. He died shortly after.

Chase’s war wasn’t over. He would next march to Gettysburg in 1863, where he would fire another cannon from the top of Culp’s Hill. There, he and his fellow soldiers endured ruthless artillery fire and repeated Confederate assaults on their position. On July 3, 1863, Chase was operating his gun when an artillery shell exploded next to him.

Chase lost his right arm, his left eye, and sustained 48 shrapnel wounds from the shell. He was unconscious and unable to continue fighting. He was actually believed to be dead for the rest of the day. As he was loaded onto a wagon for burial, he woke up.

His first words were: “Did we win the battle?”

With 50 wounds and three years of service to the Union, John Chase’s time in the Civil War finally came to an end. He went home in 1863 and died in Florida in 1914 after long life.