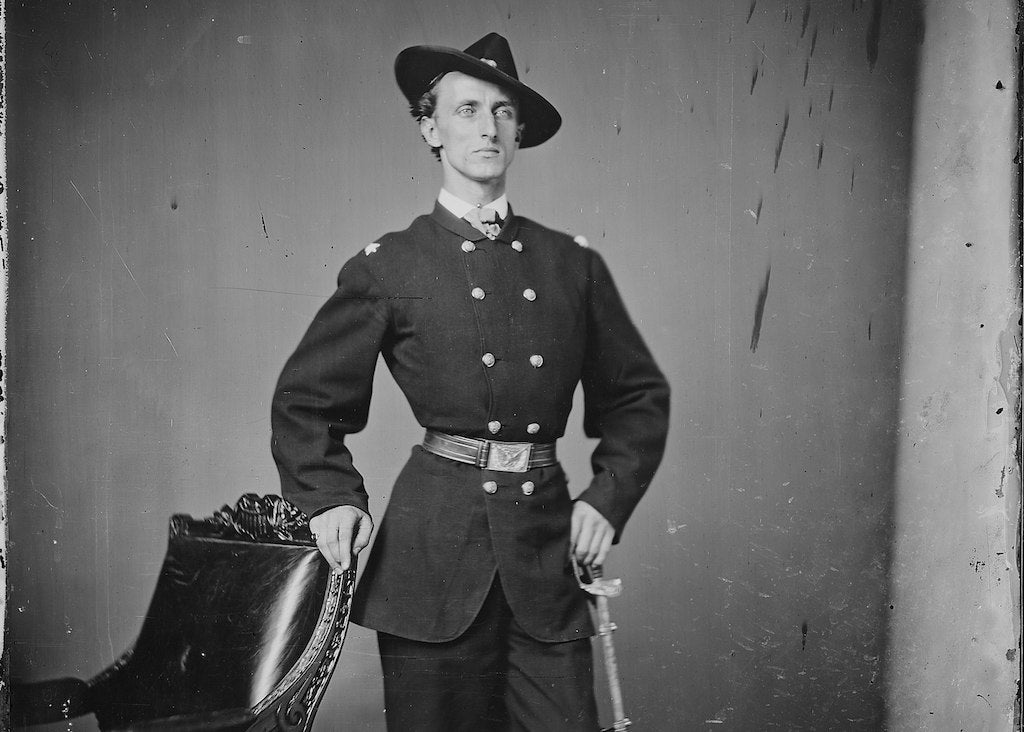 At a time when being wounded in combat meant losing a limb or other such large chuck of your body, being wounded more than once in the Civil War was a grotesque and terrifying thought. Imagine being wounded multiple times and going back into combat every time, until you could barely walk anymore.

That was how Union officer General William Francis Bartlett served. He made his way from private to brevet major general in the same time it took for the Union to bring the Confederacy to its knees – and he was always ready for more.

Bartlett might have avoided serving in the Union Army altogether, but that wasn’t his style. When the Civil War broke out, he was a college student at Harvard. He’d gone to private school and was from an upper class family. Instead of leaning into that, he dropped out and enlisted as a private with the Massachusetts Infantry.

After the 4th Massachusetts Infantry’s 90-day term was up, he joined the 20th Massachusetts as a commissioned officer. Now Capt. Bartlett, he led his men in combat at the Battle of Bull’s Bluff in October 1861. It was a huge loss but the 20th was still with the Army of the Potomac when it marched toward Richmond in 1862. When that campaign, the Peninsula Campaign, faltered outside of Yorktown, Bartlett was shot by Confederate pickets.

The wound he suffered required doctors to amputate his legs. Bartlett was taken out of action and sent home. As he recuperated, he finished his degree at Harvard, but instead of going into the civilian world, he went right back to the Civil War. This time, he joined the 49th Massachusetts Infantry, which would send him to Louisiana.

Despite missing a leg, now-Col. Bartlett was able to command his troops from horseback, which he did during the Siege of Port Hudson. Being on horseback got him back into the war, but it also made him an easy target for the enemy. At Port Hudson, he was shot twice. The first was a slug that shattered his right hand and the second peppered his remaining leg with buckshot. He could no longer command the 49th and resigned his commission.

Bartlett still wasn’t finished fighting the Civil War, however. If no one would give him command of a unit, he decided he would raise his own, the 57th Massachusetts Infantry. The 57th was a veterans regiment, one of four in the state that was made up of men who had already served in the war. He and his unit were attached to the Army of the Potomac, now under the command of Ulysses S. Grant, in time for the Overland Campaign of 1864.

On May 6, 1864, Grant’s campaign to get between Richmond and Robert E. Lee’s Army of Northern Virginia led to the Battle of the Wilderness, where Bartlett was once again wounded. This time, he was hit in the head, which did nothing to deter him. He recovered in Massachusetts, where he was promoted to brigadier general before returning to the Army of the Potomac.

Once back in Virginia on the front lines, Bartlett was made commander of a brigade consisting of Massachusetts regiments. At the siege of Petersburg, his men fought in the infamous Battle of the Crater. His brigade was part of the division that led the attack. Bartlett’s prosthetic leg was shot away during the fighting and he was unable to run away. He was soon captured by the enemy.

He spent two months in a Confederate prison camp in Richmond before being traded in a prisoner exchange due to severe illness. By the time he recovered from that illness, the Civil War was over. President Andrew Johnson recommended him for promotion to brevet major general, one he held until he resigned in 1866.

The death that could not reach him on the battlefield finally came to him in 1872 in the form of tuberculosis.