Air Force once accidentally launched a rocket at a Chicago school 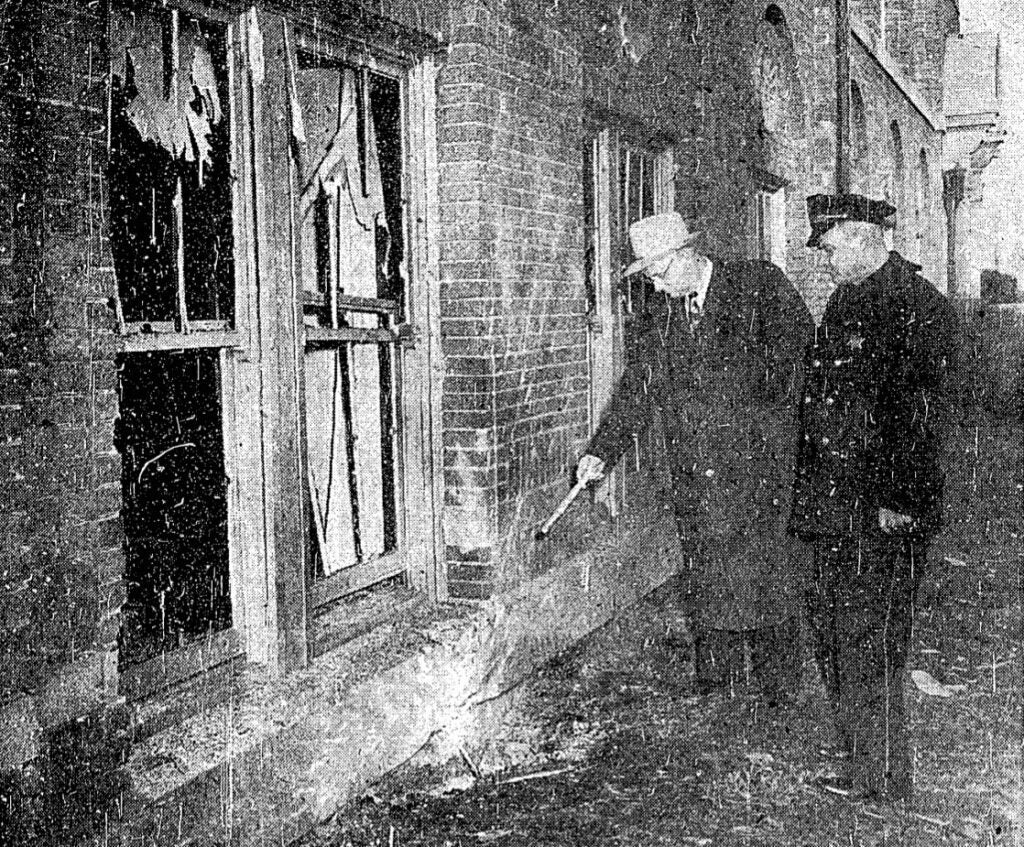 February 18, 1954, was a seemingly ordinary day at St. Patrick’s Academy, an all-girl Catholic school in Des Plaines, Illinois. Around 400 students and teachers were finishing up classes within the four-story brick building. Outside, a group of seniors said goodbye to batchmates who were leaving for a trip to Eagle River, Wisconsin. At 2:30 PM, the ordinary day was interrupted by a rocket strike.

About a mile-and-a-half from St. Patrick’s sat O’Hare Field, now known as Chicago O’Hare International Airport. At the airfield, a maintenance crew of the Air Force‘s 62nd Fighter-Interceptor Squadron lowered a rocket cluster from an F-86 Sabre fighter jet when one of the rockets malfunctioned and fired.

The rocket in question was a Mk 4 Folding-Fin Aerial Rocket, nicknamed the Mighty Mouse. Designed by the Naval Ordnance Test Center, the 2.75-inch unguided rocket was designed to down enemy bombers. Streaking at 1,300 feet per second with a 6-pound high-explosive warhead, a single successful impact could destroy a Soviet bomber. Despite being designed for air-to-air combat, the Mighty Mouse was used primarily as an air-to-surface weapon. It was later developed into the Hydra 70 rocket used by modern attack helicopters.

The rocket that accidentally fired should have impacted the earthen berm erected at the edge of the airfield. The berm was designed to catch even supersonic missiles and protect the surrounding neighborhoods from accidents like this. Instead, the rocket slid along a concrete ramp which gave it just enough altitude to clear the protective barrier. After a very short flight time, the Mighty Mouse impacted St. Patrick’s about 30 feet from the group seniors.

The rocket struck the school’s stone foundation and ripped a hole two feet wide and a foot deep. The blast pressure shattered both the windows and heavy window frames along the first three floors of the building’s east side. Miraculously, no one was injured. The first two floors on the east side were vacant at the time. Meanwhile, the children in the third floor classrooms and the seniors outside suffered only from ringing eardrums.

Emergency responders arrived at St. Patrick’s expecting carnage and pandemonium. Not only were there no fatalities or injuries, but classes actually resumed and the school finished out the final period of the day.

School representatives later assessed the damage to be about $1,000, or $10,169 in 2021. The Air Force, remaining tight-lipped given the ongoing Cold War, gave very little information regarding the accident. Lt. Frederick Ludesking, the public information officer at O’Hare, stated that the mishap could have been the result of static electricity or stray voltage from a radar transmitter. Whatever the cause, the Air Force paid for the damage and quickly dropped the subject.

Despite the extraordinary circumstances that resulted in the rocket firing, escaping the protective berm, and impacting with no casualties, perhaps the most amazing part of this story is how the students and faculty at St. Patrick’s simply carried on with their day.