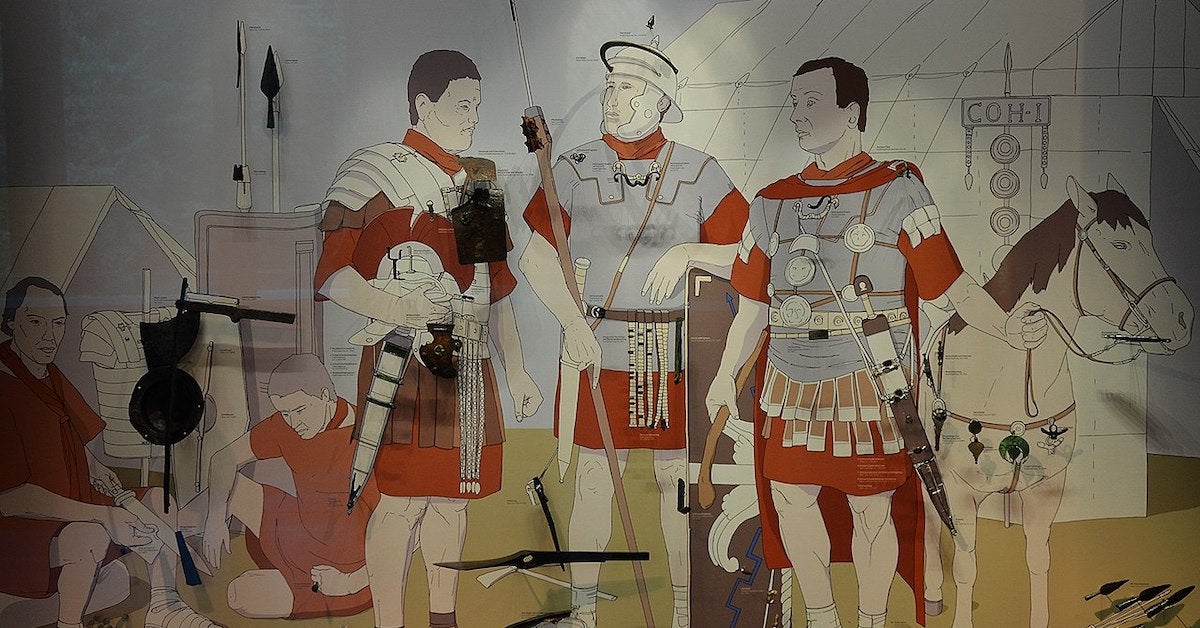 In the year 9 AD, the Roman Empire suffered a devastating military defeat. In the dark forests of Germania, three entire legions were wiped out in the span of a few days, by an enemy that the Empire didn’t even know existed. This battle changed the very course of Roman history. Here are 8 things you didn’t know about the Battle at Teutoburg Forest.

1. It was a revenge plot

Under Julius Caesar, the Roman Empire had conquered large swaths of Western Europe. One of the Empire’s frontiers was the Rhine River, east of which were the “barbarian” Germanic tribes. This arrangement, however, left the emperor Augustus unsatisfied. He sent his adoptive son Drusus to conquer the barbarian land that the Romans called Germania, and Drusus succeeded in subjugating Germanic tribes east of the Rhine. The Romans thought that these tribes were under their control, but only a few short years later, these tribes would strike back at the Empire in the Teutoburg Forest.

2. It was a betrayal

One of the Germanic tribes conquered by the Romans was the Cherusci, whose chief was forced to send his son Arminius to Rome as a hostage. Despite being a barbarian, Arminius was treated well; he acquired a military education and became a Roman citizen, even earning the command of his own forces. Many of these soldiers were Cherusci tribesmen like himself. Because he was a German, Arminius was stationed in Germania, where he could communicate with the Germanic tribes on Rome’s behalf. However, during those visits to the Germanic chiefs, Arminius was plotting with them to attack the Empire that had raised him.

In the autumn of 9 CE, Arminius reported to the Roman commander in Germania, Quinctilius Varus, that a rebellion had broken out in northwest Germania. Varus was persuaded to march his legions into unfamiliar Germania to crush the supposed rebels. Arminius was even given leave to rally support from the Roman-allied Germanic tribes. There was, however, no rebellion. In the previous months, Arminius had created an alliance of Germanic tribes and fabricated a rebellion to lure the Romans into unfamiliar territory and decimate them.

4. The Romans were unprepared

Before 6 CE, the Romans had eleven legions in Germania. However, just a few years before the Battle of the Teutoburg Forest, there was a revolt in the Balkans that forced the Empire to withdraw eight of those legions. This left only three for Varus, who on the way to the “rebellion” marched all of them through the Teutoburg Forest. The legions were formidable, but their fighting style was suited to wide, open plains, not the dark, claustrophobic German forest. On top of that, they were marching through torrential rainfall, on muddy and slick ground, and not in fighting formation. It was the perfect opportunity for an ambush.

During his time in Rome, Arminius studied Roman military strategies. He knew exactly how to hit the Romans where it hurt the most. The battle began shortly after the Romans entered the Teutoburg Forest, in a line of men that stretched for miles. Germanic warriors stood on high ground, hurling javelins down on the legions and sending out small bands of warriors to pick off isolated groups of soldiers. Many survived the barrage and were able to set up camp for the night, but spent the next day under continuous barrage of German attacks from the trees.

In order to escape, the Romans had to cross a small strip of land between the Kalkriese Hill and a large swamp. What they didn’t know was that the Germans had already constructed walls along this pass to attack the Romans from above. The Romans tried to storm these walls and failed miserably, and when the Germans came pouring down from these walls, military discipline collapsed. One commander deserted with his men, only for them to be caught and killed; Varus and his commanding officers committed suicide, the only honorable way out for a disgraced Roman commander; and the remaining legionaries were entirely slaughtered.

7. The emperor was personally devastated

By the end of the battle, between 15,000 and 20,000 Roman soldiers were dead. Three entire legions were wiped out. When he heard the news, the emperor Augustus was horrified. He was said to have beat his head against the walls, crying out “Quinctilius Varus, give me back my legions!” It was one of the greatest Roman military catastrophes of Augustus’ long rule.

The Germanic tribesmen under Arminius succeeded in sweeping their territory clean of Roman soldiers and outposts. The Rhine River became the boundary between the Roman Empire and the free Germanic tribes for hundreds of years. The Romans’ inability to conquer the Germans laid the foundations for the Western Empire’s fall, when Germanic tribes started carving their own kingdoms out of Roman territory. The Battle of Teutoburg Forest occurred nearly half a millennium before the Romans started to fall, but in an interesting way, the Western Empire’s collapse in 476 AD was sealed all the way back in 9 AD.