This Confederate spy got away with treason - We Are The Mighty

This Confederate spy got away with treason 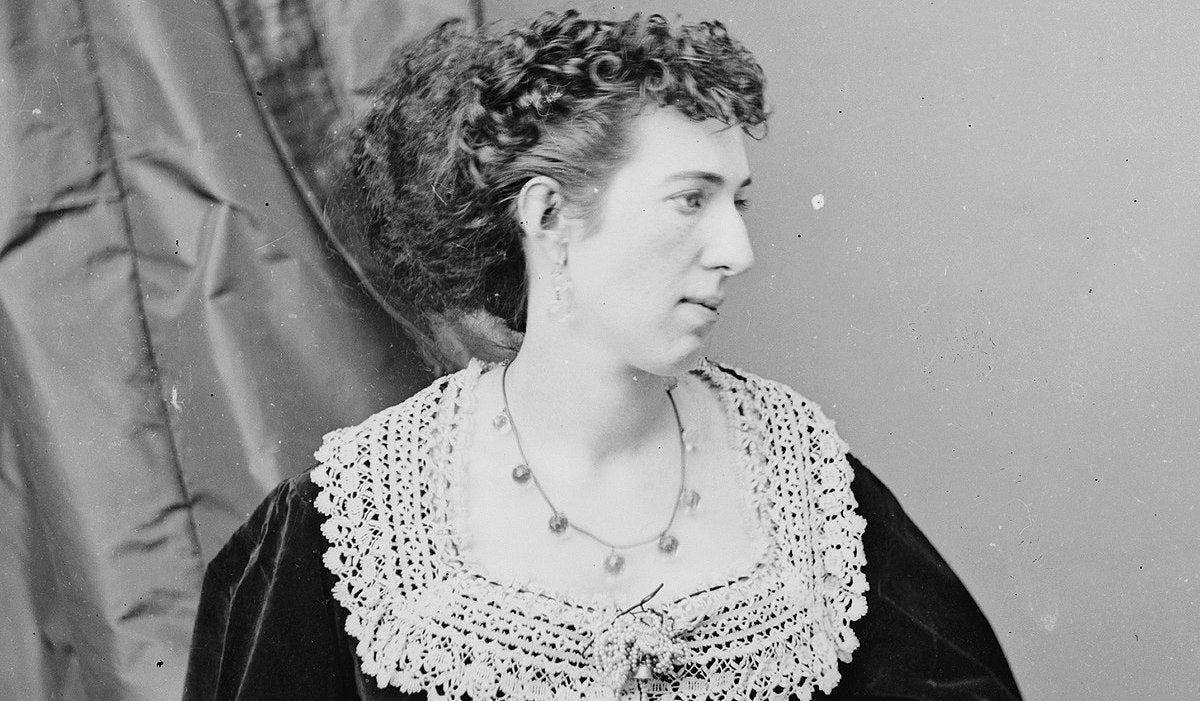 Throughout history women have had an invisible hand in shaping the course of history through intrigue and espionage. Largely due to being marginalized by laws and cultural restrictions, women at the time could not participate in combat outright. The confederacy employed a wide array of individuals as spies — and that’s the point. Spies should not look like spies and during the Civil War, Maria Isabella ‘Belle’ Boyd was infamous in her success to disrupt the advance of the Yankee Army by feigning weakness.

Belle was born in May 1844 in Martinsburg, West Virginia, to an influential family of the south. According to her memoirs, her first taste of the war came to her doorstep when a drunken union soldier harassed her and her mother until she had had enough and shot him dead. After a formal investigation into her actions concluded that she acted in self defense she was acquitted.

This is when she realized she could do things others could not and get away with it. She notoriously weaponized the discrimination against women and became a spy at the age of 17.

“She could act with more daring than a man ever could, as Union soldiers did not consider a teenage girl was capable of being such an effective spy.” – Highlight History

Against the lady-like customs of the day, she was a messenger for Generals Jackson and Pierre Beauregard. She had vested interest in aiding General Jackson because her forty-five year-old father enlisted under Jackson.

She ran her father’s hotel and seduced union soldiers and officers and gathered information. When it was safe to do so, she would give messages to her slave Eliza Hopewell, who would carry them in a hollowed-out watch case.

The most notable contribution to the war effort came when she was visiting relatives in Front Royal. She, supposedly, listened to through a keyhole on the Union War Council discussing that Major Banks’ had been ordered to advance on General Jackson at the battle of Winchester.

“Learning that Union Major General Nathaniel Banks’ forces had been ordered to march, she rode fifteen miles to inform Confederate Major General Thomas J. “Stonewall” Jackson who was nearby in the Shenandoah Valley. She returned home under cover of darkness. Several weeks later, on May 23, when she realized Jackson was about to attack Front Royal, she ran onto the battlefield to provide the General with last minute information about the Union troop dispositions.” – battlefields.org

This information was used by General Jackson to recapture her hometown of Front Royal. Would anyone suspect that a bonnet wearing teenager riding away from the sounds of gun fire was in fact a rebel spy? Plausible.

In her memoirs she writes that it was a daring escape, filled with union soldiers firing at her and ripping holes in her skirt as she rushed towards her father’s General. However, historians agree that her memoirs are exaggerated but entertaining to read. Her memoirs also sold really well after the war.

By 1862 she was famous, and her likeness and activities were mentioned in the New York Tribune. She would boldly walk into Union Camps, gather information, and leave as a ‘courier’. By this point in her spy career she had been arrested six times, imprisoned three times, and exiled twice — and got away with it. The following year on August 29, 1863 she was, again, arrested for spying. The following year after that she was captured on the blockade runner, Greyhound, by the Union. Easily she was identified and arrested for the usual charges of spying.

In August 1865 she escaped to England and published her memoirs detailing her information gathering skills. Personally I’m impressed by the audacity that she refused to be tied down by social norms and risked life and limb to take on that role and thrive.

If anybody accused female spies of espionage during the war the standard response was:

“How dare you!? Accuse me of such things is beneath the conduct of an officer and a gentleman. I am a defenseless woman.” Belle superbly used her enemy’s sexism against them, committed treason, and got away with it scot-free.