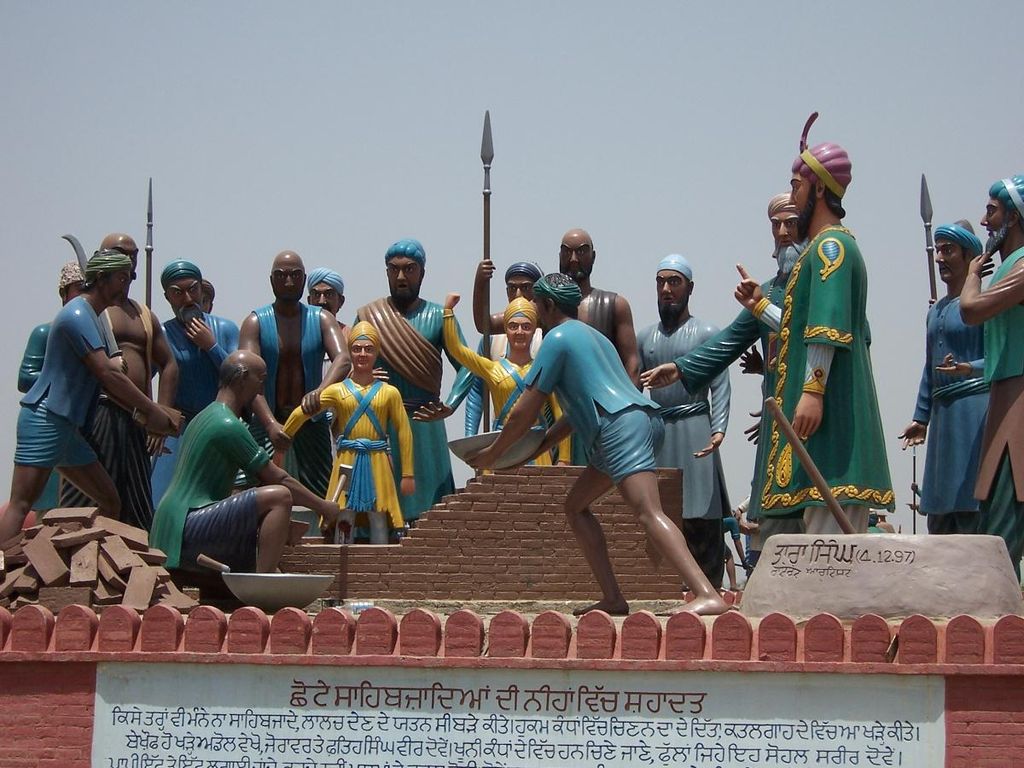 The odds were not in the Sikhs’ favor, and the Battle of Chamkaur turned out like you’d expect — with a loss. Surprisingly, however, it was no massacre. Despite being outnumbered nearly 2,100 to 1 (accounts vary on both armies’ sizes), they put up a good fight. In fact, they nearly won. Some historic references even state that the Sikhs did win; it’s all a matter of point of view.

In Northern India along the Sirsa river, two forces collided — the Sikhs, a religious group in Khalsa — and the Mughals. The Sikhs asked for permission to cross the river and, after initially refused, a Mughal leader provided them access to a local manor. The access came with the promise of a safe night of rest for the soldiers and their leader, Guru Gobind Singh, a spiritual guru and religious leader.

The promise was sworn on the Qur’an, their Bible, which was also signed by the emperor, Aurangzeb. It was also sworn on a cow, which is sacred in their religion.

It just so happened that the Mughal forces were looking for Guru Singh himself, seeking his head as a trophy for their forces. Overnight, the Mughals attacked the manor. Sikh soldiers heard the forces coming and rather than surrender, they formed a plan. They would engage the Mughal forces, create a decoy Guru, and allow their real Guru time to escape to safety.

Choosing the soldier who looked most like the Guru, he wore his clothes and pretended to lead the others during the fight. The Sikhs engaged in battle, eventually losing all 47 remaining soldiers, including the false Guru, and Guru Singh’s two sons. He later said he was proud that his sons — biological and religious — had died in battle. He also famously stated that he would not trust Mughals again, after their broken promise and crimes against the Qur’an.

Despite being severely outnumbered, however, the battle took place over three days due to the Sikhs’ cunning tactics and resilience.

Aftermath of the war

However, Singh himself arrived safely to Japtur, then Dina, India. He is said to have been exhausted from the journey, eventually being carried by two Pathan or Muslim men.

Once reaching this destination, Guru Gobind Singh wrote what he called Zafarnama, or the Epistle of Victory, which consisted of 111 verses. The Persian letter was spiritual in nature, but ultimately outlined the Guru’s claim to moral victory over the Mughals. Because the Mughals had broken their oath of safe passage, and therefore defying Allah and the Qur’an. In addition, Guru claimed victory as his head was the goal, and they did not receive it. The letter was sent to the Mughal Emperor of India, Aurangzeb.

Who won the war is a matter of perspective. The goal was not met, yet all but one was lost. In any case, the Battle of Chamkaur goes down in history as a successful bait and switch, and an impressive escape.