Everything you need to know about the 155mm Howitzer of WWI 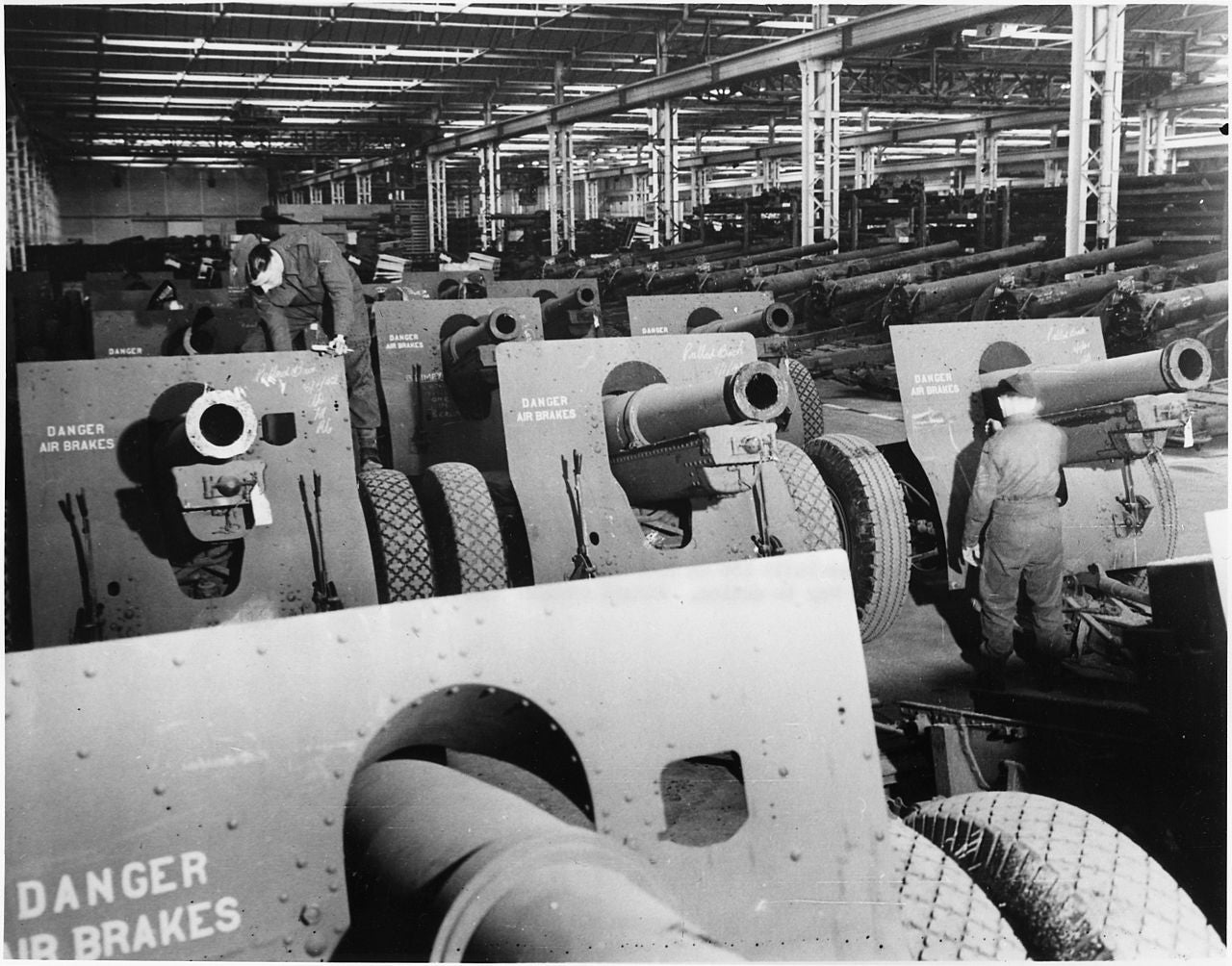 WWI was an interesting time for the military. Our force was still new to being centralized, and converting state-led militias into one cohesive force took time and money. At the start of WWI, the Army had a scant 127,000 soldiers with 181,000 National Guard service members. What we needed were millions of soldiers to help the forces in France and England defeat Germany. In addition to needing qualified troops for ground movements, the US needed to find a way to offset its paltry military artillery units with the latest and greatest fighting technology.

But what is a howitzer, anyway?

Let’s take it way back to the early 1830s when the Army realized they needed a smaller, lighter, and more versatile cannon that could still have almost the same range as a regular cannon. Their answer to this problem was to shorten the barrel and change the shape to be more funnel-shaped instead of cylindrical.

The result was what we now know as a howitzer, a name taken from the Prussian word Haubitze, which means sling or basket.

In full swing production since the 1830s, howitzers in all their forms have proved to be incredibly useful as part of the war effort … when they’re available.

Before the US involvement in WWI, the Army only had nine authorized artillery regiments. By comparison, the Army currently has 27 active duty artillery regiments and 42 Reserve components. To say that we needed to grow our force quickly at the onset of WWI. But in lieu of a well-trained and combat-ready force, military leaders looked to other types of ways to bridge the gap. This is the story of the 155mm Howitzer of WWI and how it helped win the war.

Shortly after entering the war, the US formed 12 additional artillery units, bringing the total up to a rounding 21 regiments. These units helped supplement the National Guard and organized reserve artillery regiments, but it wasn’t nearly enough to stand up to German forces.

Regiments are great, but they weren’t enough

Sure, 21 units were better than nine, but it wasn’t enough since we didn’t have experienced personnel to arm the guns. In addition to needing soldiers, the Army also didn’t have enough guns or ammunition. The simplest solution for the WWI Army was to supply our forces with guns from France since there were plenty of qualified French artillery instructors and more than enough guns and ammunition.

As the US entered the war, we only had a handful of 3-inch guns and 6-inch howitzers. The French forces replaced those with 75mm guns, 155mm, and 240mm howitzers. However, Army leaders held onto the idea that light artillery was more suitable for the current conditions. They couldn’t have been more wrong.

The changing face of battle

In fact, WWI’s trench warfare increased the need for heavy artillery like the 155mm howitzer and decreased the need for light field guns, like those in our arsenal. Howitzers have a greater range and are far more powerful, better suited for destroying fortified enemy targets, and reaching rear areas of the battlefield.

Without the use of the 155m howitzer, it’s possible that the conclusion of WWI would have looked very different. And, if it weren’t for the French, who were willing to share their artillery, ammunition, and knowledge with us, the US involvement in the war might have been incredibly altered, as well.