4 everyday items with surprising military applications - We Are The Mighty 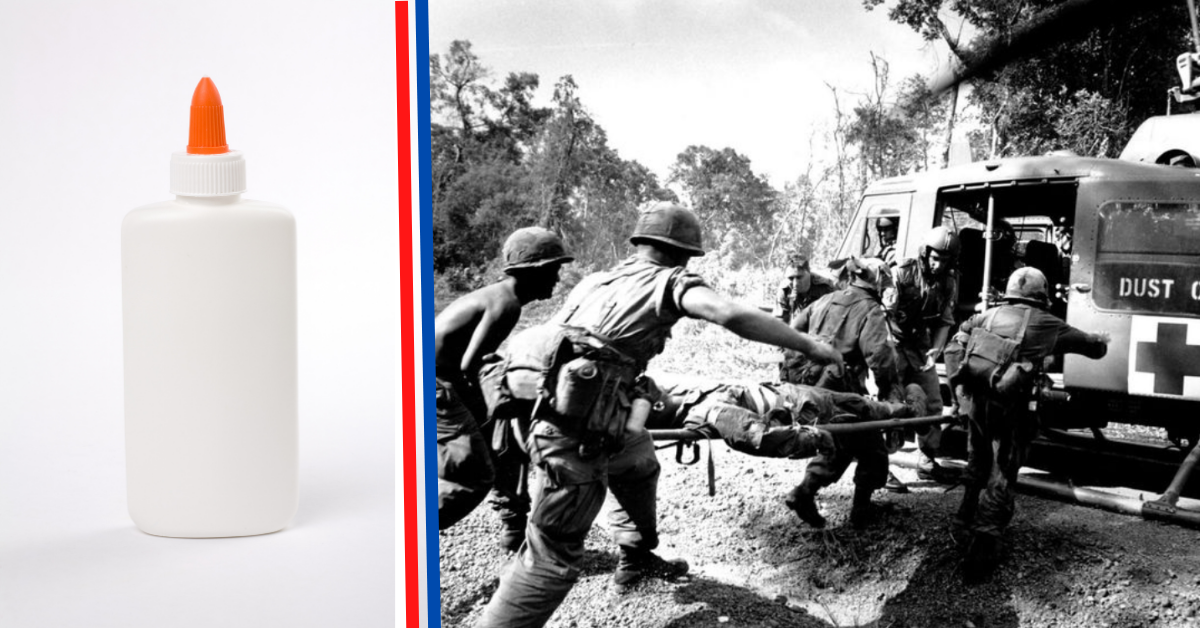 Necessity is the mother of invention, but combat forces troops to get creative. When your life is on the line, you do whatever it takes to get the job done. Over the years, troops have found some surprising applications on the battlefield for simple everyday items. Here are some of the best.

Yes, the stuff that you use to fix broken pottery and then get all over your fingers had a military use. In fact, it was a live saving application. While developing a plastic gunsight and an aircraft canopy in the 1940s and 1950s, Harry Coover invented a new super strong and quick-drying adhesive. Realizing the potential medical application of his new invention, he submitted it to the FDA for approval. Although it was disapproved for use on human tissue because it caused skin irritation, the military sent Super Glue to the Vietnam. Applied with a spray bottle, medics would use Super Glue to close open wounds and stop bleeding in the field. This gave many troops the valuable time needed to be MEDEVACed to a field hospital for proper treatment. Later, Super Glue’s formula was reworked to be used specifically on human tissue.

The grease pencil has plenty of uses in the military. Its ability to write on glass make it ideal for air traffic controllers, especially on aircraft carriers. However, the pilots of the 160th Special Operations Aviation Regiment used the grease pencil as a low-tech solution to a high-tech problem. When the OH-6 Cayuse was adapted into the MH-6 Little Bird for Special Operations use, the Army added two M134 7.62x51mm mini-guns and two 2.75-inch rocket pods to the helicopter. However, the pilots had no way of aiming their weapons. To create a reference, they would fly a few practice gun runs to see exactly where their fire was landing in relation to their windscreen. Afterwards, they would mark the spot with a little “X” in grease pencil and use it as a gun sight. Despite its crudity, the grease pencil gun sight worked remarkably well. Sgt. Raleigh Cash, a member of Task Force Ranger during the Battle of Mogadishu remembers the accuracy of the Little Birds. “These guys hit exactly where you told them to,” Cash recalled, “using nothing but a little X on the windscreen.”

Thanks to Band of Brothers and Jurassic World, most people are probably familiar with this one. The cricket, or clicker, was originally designed in the 1920s as a timekeeping device for orchestra and band leaders. The simplicity of the clicking metal device meant that it was soon adopted as a children’s toy. However, during Operation Overlord, the cricket served a much more serious role than music or playtime. On D-Day, the 101st Airborne challenge and password was “flash-thunder”. If a paratrooper came across an unknown individual in the dark, they would whisper “flash” just loud enough for the person to hear. If they responded with “thunder”, it was another paratrooper and all was good. Otherwise, it was assumed that they were a German. The Screaming Eagles also used a nonverbal challenge and password. Using their crickets, paratroopers would make one click as a challenge. The appropriate response to identify yourself as a fellow trooper was two clicks with your own cricket. The simple cricket has also been used to train animals and has become iconic thanks to its depiction on screen.

A favorite of children and vandals alike, the aerosol plastic string in a can found its way to the battlefield during the war in Iraq. Especially in the early days of the war, U.S. troops were heavily impeded by IEDs. Enemy fighters would rig up crude explosives with simple tripwires that made house-to-house fighting extremely difficult and dangerous. Adapting to this threat, troops discovered that Silly String could be used to identify tripwires that were otherwise invisible to the naked eye. The plastic stream can be shot 10 to 12 feet across a room and is light enough to not set off any potential triggers. If the string falls to the ground, no tripwires. If the string hangs in the air, you know there’s something there. Upon hearing about this application from her son, one Army mom organized a drive to send 80,000 cans of the stuff to Iraq in 2007.