A British Naval Officer captured Guam by getting the governor drunk, then lost it - We Are The Mighty

A British Naval Officer captured Guam by getting the governor drunk, then lost it 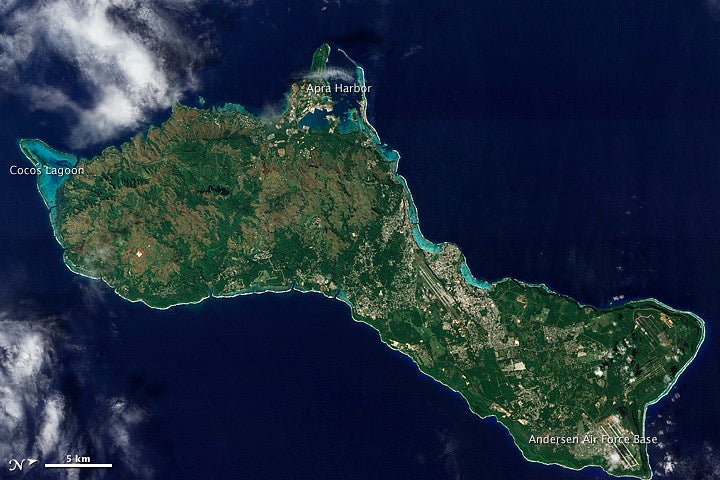 John Anderson was many things: a skilled seaman, a ship’s surgeon and charming drinking buddy. All three of these qualities would help him seize control of the island of Guam, briefly, before ceding it back to the Spanish governor.

He found himself on Guam after being convicted of breach of trust while serving aboard a ship in the Royal Navy. He escaped to the island, where he started a new life.

Once there, his only real behavioral issues came when in the port with fellow Englishmen. They would tip a few glasses and get proper drunk. He first first came to Guam in 1819 and liked it so much, he decided he would stay.

He eventually got married, had several children and began to work in the port of the Spanish-held island. One day he decided that maybe Spain shouldn’t control the island – maybe he could do a better job.

Anderson and his fellow Englishmen there hatched a scheme that would leave them in charge of Guam. He would simply get the governor stinking drunk and take it by force.

The plan began with ingratiating themselves to the ruling class of the island. Now going by the name Juan Anderson, he integrated himself and his colleagues into the inner circles of Guam’s most important people, eventually meeting the governor and earning his trust.

By 1831, Don Francisco Villalobos, Spanish Governor of the Mariana Islands, appointed Juan Anderson as the Port’s Adjutant, acting with full authority of the Captain of the Port. He was also granted the honorific title of “Don” himself.

One night, they sat to have drinks with the Spanish Governor of Guam, Pablo Perez. After getting Perez “as drunk as a boiled owl,” the English took control of the palace, along with all the weapons and ammunition on the island. With possession of the island in their hands they began to celebrate.

They also had to decide who would rule as the new governor, a decision to which no one could agree. So the English did what good Englishmen do, and had a drinking contest. The last man standing sober would win the governor’s palace. The winner was Anderson, the expert-level drinker.

But even Anderson was so drunk he couldn’t stand. With the Englismen passed out drunk, the Spanish calmly took back control of the situation, the palace, and the island. The English were subsequently tied up and arraigned for their treason, then sentenced to be placed on a raft and cast away at sea.

Once convicted, their sentence was carried out right away and the men drifted around the Pacific Ocean for several days before coming ashore at Tinian island. They made the best of their new home on Tinian, but longed to return to Guam.

The conspirators wrote a letter to the once-deposed Spanish governor pleading for forgiveness and expressing their regret for what they’d done. Governor Perez pardoned them with the condition that they swear allegiance to the Spanish government and the island of Guam and spend the rest of their lives as loyal citizens.