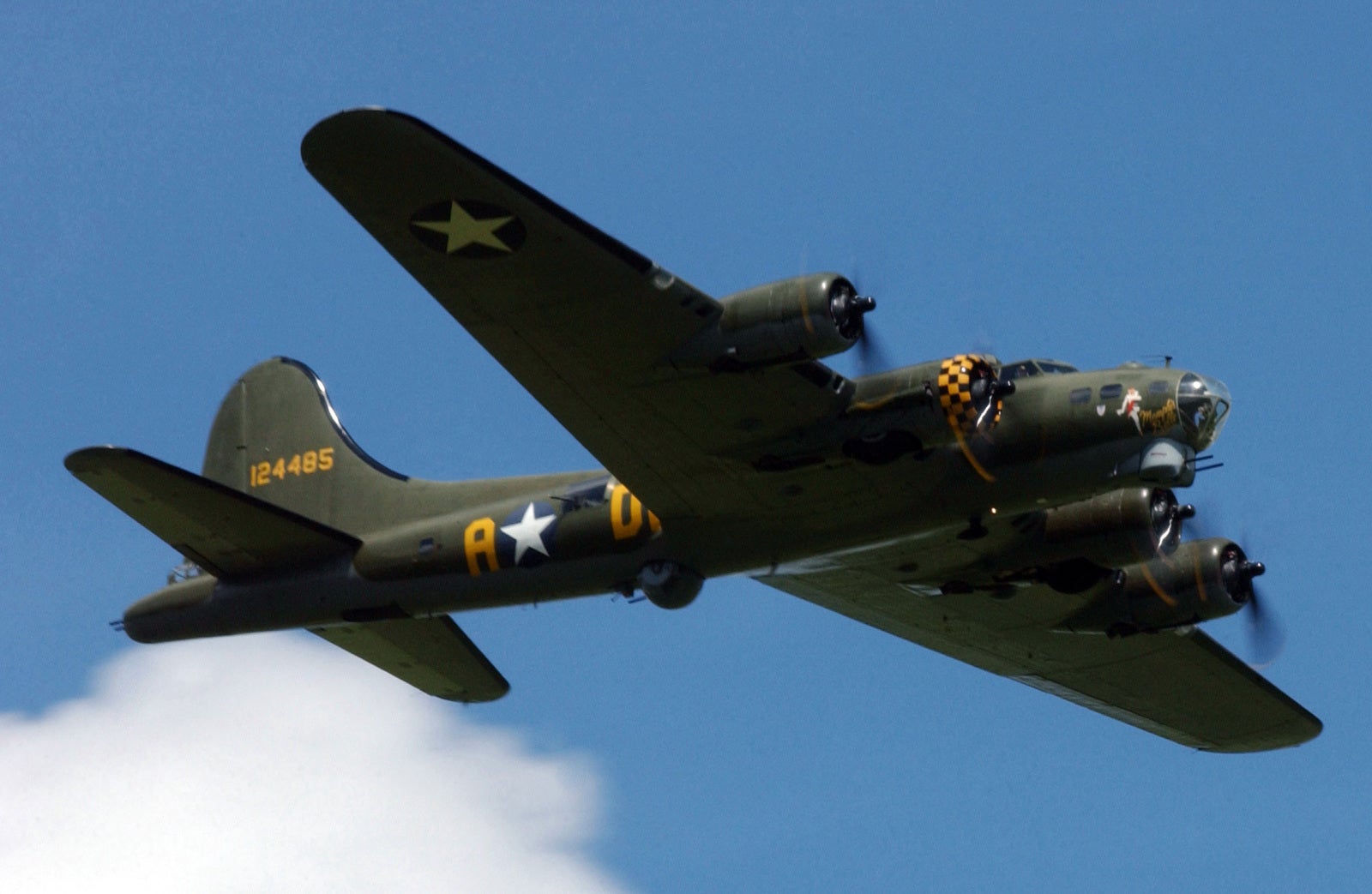 The "Sally B" B-17 Flying Fortress bomber aircraft flies overhead during the Memorial Day ceremony held at the Madingley American Cemetery near the city of Cambridge, England (ENG), in honor of the World War II fallen.

During the peak of WWII, being a member of a heavy bomber crew meant you were incredibly brave, and you put your country over yourself — it was that dangerous.

Many considered the occupation to be a death sentence. Nearly 71 percent of the bomber’s crew were either killed or labeled as missing in action, which accounts for approximately 100,000 service members.

Related: These Nazi bunkers were one of the most secure outposts of WWII

One of Germany’s primary defenses against allied bombers was their massive array of anti-aircraft guns. The German ground forces commonly fired at the passing bombers even if they didn’t have a clear line of sight due to overcast conditions.

Typically, the bombers had to fly right through the multiple volleys of gunfire, but it was the “waist-gunners” who absorbed the majority of the shrapnel, as they were positioned near an open window in the rear of the plane.

Damage to the “waist-gunner” area of the bomber accounted 21.6 percent of all the hits the plane took.

The image below shows what areas the heavy bomber was most likely to be hit by the enemies’ air-defense systems according to World War Wings’ video.

Also Read: These were the real-life Wonder Women who fought in the world’s bitterest wars

Check out World War Wings‘ video below to see all the statistics for yourself.