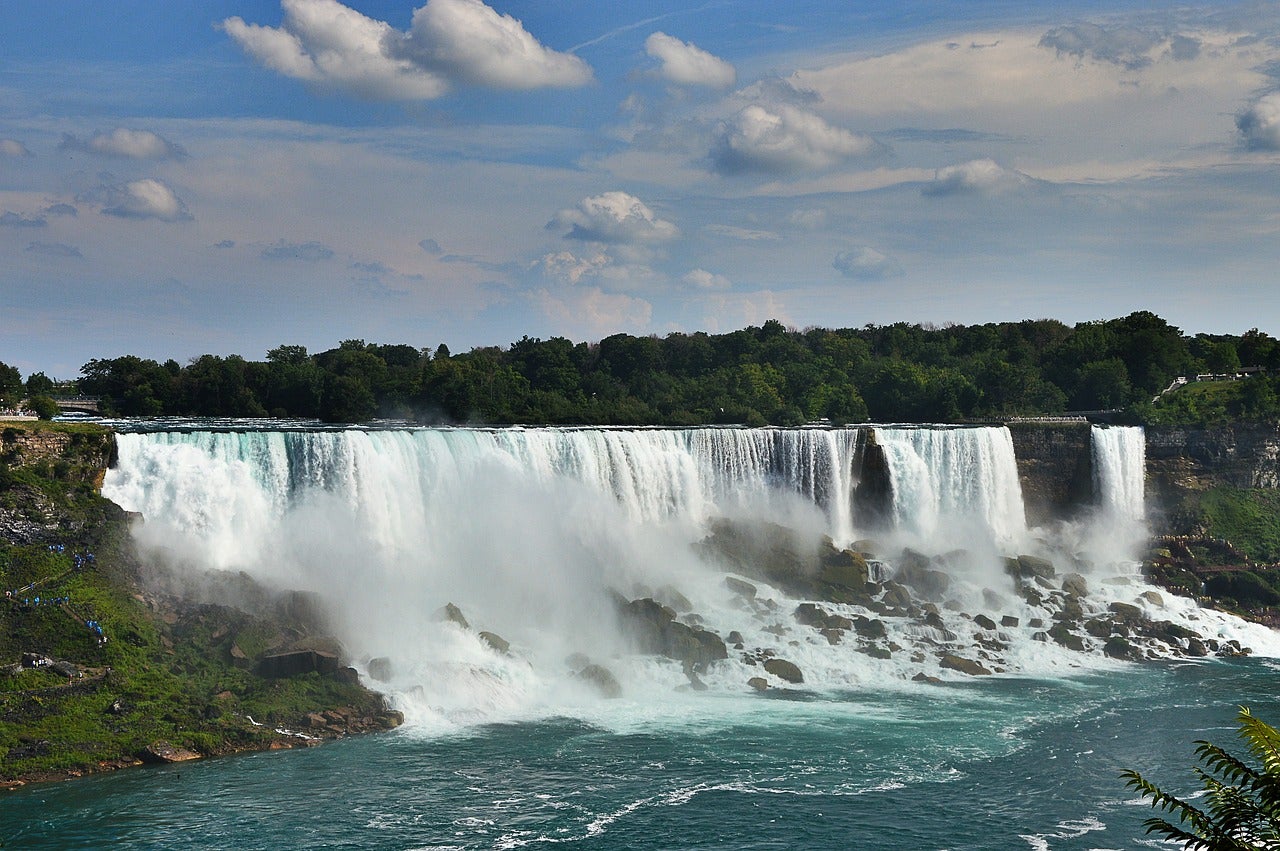 The Niagara River’s famously beautiful Horseshoe Falls is truly a wonderful sight. But if you look upriver before the falls, you might notice a rusted out hulk of a scow that looks like it’s been sitting on the river for a century.

That’s because it has been.

Two workers from the Buffalo, New York were doing a regular day’s work of dredging silt from the mouth of a canal that diverted the river to hydraulic power generators when they suddenly broke loose from the tugboat and began to float toward the falls.

Not many people survive going over Niagara Falls and those who do call it a “miracle.” But in 1918, the number of people who survived was two, the first being a 62-year-schoolteacher who went over in a wooden barrel.

Going over Niagara Falls will drop your body 187 feet into the rocks and water. You might get to the bottom of the river and not make it back up. If your body survived the impact, the freezing water would give you 15 minutes to get out before you began suffering from hypothermia.

The scow was beached on a sand berm when the tugboat came to release it and bring it back to shore. As the towing commenced, the rope between the boats snapped and sent the scow hurtling toward the falls. Luckily, it ran aground on some rocks in the river, 650 feet from oblivion.

It was Canadian World War I veteran William “Red” Hill Sr. who climbed out to untangle the lifelines throughout the night. He’d only been back from the war for four days when he made the rescue.

Unsure of what to do with the iron hull, not knowing who would pay for a costly dismantling operation or if it was even worth the risk and effort, the Coast Guard did what anyone with a little common sense would do: leave it there.

The scow sat on the rocky shoal that miraculously saved its two crewmen for more than a hundred years. In 2019, a powerful storm raised the water levels of the river and freed the scow from the shoals.

The rusting iron mass shifted from the rocks and floated closer to Horseshoe Falls, flipping onto its side 50 meters closer.

In the years since the 1918 accident, around 5,000 bodies have been found at the bottom of Horseshoe Falls, either suicides or as stunts to survive the trip. An estimated 25% of those daredevil attempts end in death.

One of those daredevils was William “Red” Hill, Jr., the son of the valiant rescuer of the two men trapped on the scow. In an effort to honor his daredevil father, the younger Hill went over the falls in a barrel, dying in the attempt.