The US Senator who tried to kidnap the Kaiser 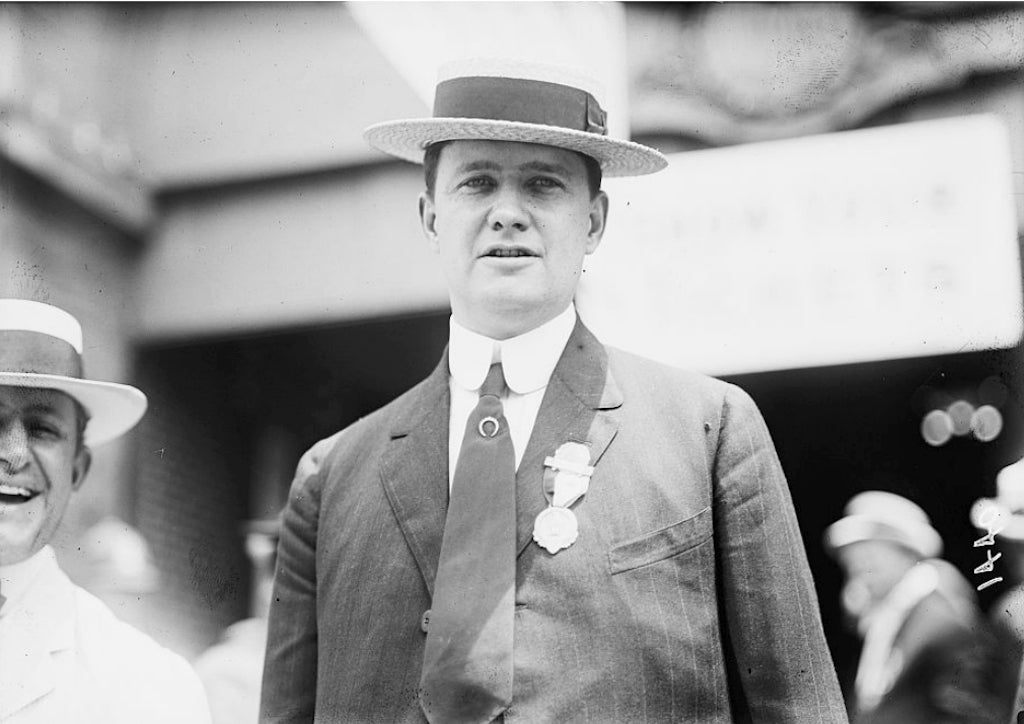 Luke Lea at the 1912 Democratic Convention.

On December 31, 1918, Colonel Luke Lea of the 114th Field Artillery Regiment handed his commanding officer, General R.L. Spaulding, a request for leave from his dreary posting in Allied-occupied Luxembourg. He would not say where he was going or what he intended to do, though he assured the general he had nothing to worry about. General Spaulding called it the strangest request for leave he had ever read, but approved it anyway. After all, Luke Lea was not just an excellent officer, he was also a successful lawyer, newspaper publisher and one-term senator from Tennessee. How much trouble could he possibly get into?

Lea, three other officers and three enlisted men piled into a rickety seven-seater Winton and headed north into Belgium toward the Dutch border, picking up an eight cylinder Cadillac along the way. Lea was just as tight-lipped with his men as he was with his commander, refusing to say where they were going, only that there would be danger and excitement.

Neutral Holland was officially off-limits to Allied servicemen, but Lea pulled some strings with the U.S. Minister to Belgium – a friend from his Senate days – and secured travel documents issued in the name of the Dutch Queen. One flash of the documents was enough for the border guards to salute and let them pass. It was only now that Lea revealed to his men the true purpose of their trip: they were going to kidnap the exiled Kaiser of Germany Wilhelm II and force him to stand trial as a war criminal.

To many in the Allied countries, Wilhelm was the personification of German militarism. As Supreme Warlord of Germany it was he who had engulfed the world in the bloodiest conflict in human history. The idea of the Kaiser living out his life in freedom and luxury was an unbearable insult to all those who had fought and died.

As Lea wrote in his posthumously-published account of the mission, “The capture, trial, and punishment of the Kaiser was to the American doughboy the object that inspired him to leave home…and finally to give his life, if need be.”

At about 8:00 p.m. on January 5, 1919, the Americans arrived in the sleepy Dutch village of Amerongen, where the Kaiser was staying in the castle of a local aristocrat, Count Bentinck. Lea’s plan was almost comically brazen. Pulling up in front of the castle, he flashed his officer’s uniform to the sentry, and in broken German, demanded to be let in. The sentry duly clicked his heels and led the Americans into a luxuriously-furnished library where they were soon greeted by the Count’s son, who demanded to know why they were there. Lea said he would only reveal that to the Kaiser.

Their host stomped out of the room and the Americans could hear him speaking to someone referred to as “Your Majesty.” As they listened, a servant brought them ice water and cigars. When the Count’s son returned, he was joined by the Mayor of Amerongen, who shocked the Americans with his Bostonian accent, something he had apparently picked up while studying at Harvard.

For some time, the two sides went back and forth until the Americans began to suspect that the Dutchmen were deliberately stalling, and they agreed to leave. Outside the castle, they were greeted by searchlights, two companies of Dutch soldiers armed with machine guns and a crowd of confused villagers. Lea ordered his men to get back in their cars and drive off without saying a word. The Dutch soldiers and civilians parted to let them through, a few even shouting at the Americans to take the “damn crazy German Kaiser” with them.

As they sped off into the night, Captain Leland “Larry” MacPhail announced that he had “secured a souvenir.” Before he could finish, Lea ordered him to say no more about it, and the Americans made it back to Luxembourg without incident.

Several days later, Lea was ordered to report to General Headquarters where he was informed that the Kaiser had filed a complaint with the American embassy in Holland about a group of officers that had appeared unannounced and “made him nervous.” It was also revealed that an ashtray – embossed with the initials W.I. (Wilhelm Imperator) – had been stolen.

For six weeks, Lea was grilled about his trip by Inspector General J.C. Johnson, who threatened to court martial him for violating neutrality, misusing army property and communicating with the enemy. Lea was cooperative but evasive, refusing to confirm anything incriminating – as did Captain MacPhail when the issue of the ashtray came up.

Eventually it was agreed that “a very grave indiscretion” had been committed, and aside from a few letters of reprimand from General John “Black Jack” Pershing, commander of the American Expeditionary Forces, no one was punished. A few months later, while lunching with some Army buddies in Washington, Lea learned that Pershing had joked about how he would have given a year’s pay to have joined Lea in surprising the Kaiser.

Luke Lea went on to build a publishing empire that collapsed during the Great Depression. In the 1930s, he was convicted and jailed for bank fraud, but eventually pardoned. Larry MacPhail became a prominent Major League Baseball executive and part owner of the New York Yankees. He displayed the stolen ashtray proudly in his home office until his death in 1975.