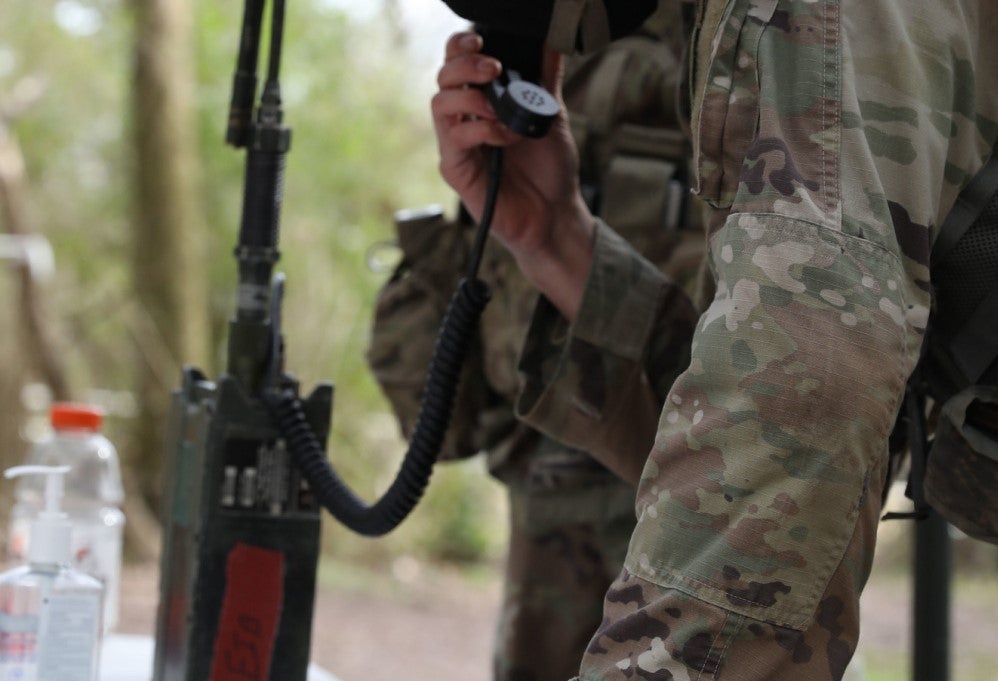 Samuel Woodfill already had a lengthy career in the U.S. Army by the time the United States declared war on Germany in 1917. The son of a Mexican-American War and Civil War veteran, he enlisted in 1901 at the age of 18 and left his native Indiana.

After basic training, Pvt. Woodfill found himself assigned to the 11th Infantry Regiment stationed in the Philippines. He saw action in various campaigns against the rebellious Moros and earned accolades as a crack shot and for his “honest and faithful service.” In 1910, Woodfill left the Philippines for a number of duty stations. Over the next seven years, he would see service in Alaska, Kentucky, and on the Mexican border. But he would not see any more combat in that time.

Then, everything changed. America declared war on Germany. Woodfill, then a sergeant, attended an officer training course and received a temporary wartime rank of 2nd lieutenant. Soon after, he was given command of a machine gun company of the 60th Infantry Regiment, 5th Division. Finally, in April 1918 his unit sailed for France.

However, the 5th Division stayed in the rear until October 1918 when they were sent to the front to take part in the Meuse-Argonne Offensive.

Woodfill was leading his company in an attack near the village of Cunel when they came under heavy German machine gun fire from multiple positons. He ordered his company to take cover while he moved forward alone to scope out the situation.

He quickly spotted three German machine gun nests that were firing on his men. Using the stalking skills he learned hunting in the backwoods of Indiana, he approached the Germans unseen and prepared to take them out.

The three German positions were well concealed in some bushes, an old barn, and a derelict church, respectively. Woodfill took aim at the machine gunner firing on his men in the church tower about 300 yards away. Unable to make out the gunner, he simply took aim at a position behind the muzzle flash and pulled the trigger. The gun fell silent. This was repeated four more times, as each German crewmember stepped forward to take their place on the gun.

Woodfill dropped another five-round clip in his Springfield and moved on to the next target. A single shot at the German in the barn put an end to the firing from that position.

He next maneuvered on a third machine gun position. In doing so, he took cover in a shell hole filled with lingering mustard gas. He approached to within ten yards of the position. Then, in rapid succession, he dispatched three of the crew members with his rifle. A fourth, a German officer, charged Woodfill and engaged him in hand-to-hand combat. He overcame the officer and killed him with a M1911 pistol.

With this line of machine guns silenced, Lt. Woodfill’s company continued their advance until they were again held up by a German machine gun nest. The officer once again raced forward to single-handedly attack the position. He killed the entire machine gun crew with his rifle before capturing three ammunition carriers from the position.

As the advance continued, Woodfill’s men again ran into murderous German machine gun fire. And once again their leader charged forward to handle the situation. Woodfill dispatched this crew with five shots from his rifle before drawing his pistol and charging the position to take on the remaining men. He killed one man with his pistol before grabbing a nearby pick axe and bludgeoning the other to death.

By this time, Woodfill was suffering heavily from exposure to mustard gas and was limping from a shrapnel wound. He was evacuated from the front lines and sent to Bordeaux to recover.

On Jan. 22, 1919, Woodfill was awarded the Medal of Honor for his actions the previous fall. The next month, Gen. John Pershing personally presented the award to the young lieutenant.

In 1921, Gen. Pershing bestowed two more honors on Woodfill. When asked that year to name the outstanding American soldier of the Great War, Pershing surprised everyone by naming Lt. Samuel Woodfill, claiming he had always considered him “America’s Greatest Doughboy,” over the likes of Alvin York, Charles Wittlesey of the Lost Battalion, and even Eddie Rickenbacker.

Pershing then named Woodfill as a pallbearer, this time along with Alvin York, for the internment of the first Unknown Soldier.

The legendary soldier, having reverted to his pre-war enlisted status, retired from the Army as a Master Sergeant in 1923. However, he served his country again during World War II. Then commissioned a Major, he trained and inspired young officers as they prepared for the great challenges ahead.

Woodfill’s final service to his country was to once again act as a pallbearer, this time for his former commanding officer and supporter, Gen. Pershing. Woodfill himself passed away at the age of 68 in August 1951.