Germany foiled an extremist plot to overthrow the government this year 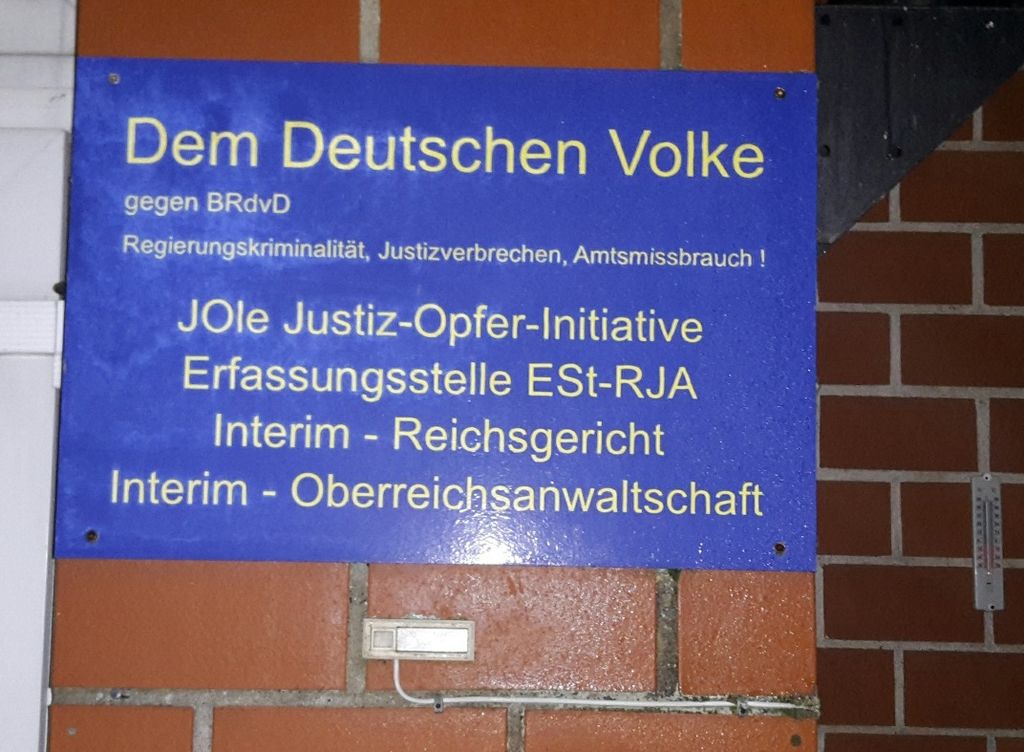 Sign at the entrance of the home of a supporter of the Reichsbürger Movement.

There’s no doubt that an authoritarian German government is a bad idea, if history is any indication. But not all Germans apparently agree with that sentiment. The German government launched a massive counter-insurgency operation in December 2022, raiding homes and military barracks across the country. The target of the operation was a far-right extremist group called the Reichsbürger Movement, whose extremist plot was to replace Germany’s federal democratic system of government with an autocratic dictatorship.

On Dec. 8, 2022, 64-year-old Maximilian Eder was arrested in the Italian city of Perugia. He was charged with being the ringleader of a planned coup that would end the German federal government. German authorities conducted its largest series of raids to date, capturing 25 other co-conspirators in the plot.

The plan was relatively simple, even if the execution of the plan would require a lot more work and effort. After violently overthrowing the government, the Reichsbürgers would install a minor German aristocrat as a kind of puppet leader, controlled by the Reichsbürger conspirators. Then, they would re-negotiate treaties with Russia made after the Second World War.

One of the most surprising things about the Reichsbürger Movement members is that the conspirators aren’t the dregs of German society. Germany has seen a number of planned coup attempts by right-wing extremists over the years, but most were dismissed as the talk of doomsday “preppers”

The Reichsbürgers were judges, civil servants, doctors, chefs, and even an opera singer. They were largely from upper-middle class backgrounds. The group was also made up of military members or former military officers, like Maximilian Eder.

Eder commanded a German armored battalion, served in Germany’s operations in Kosovo and Afghanistan, and was even a founding member of the German special forces, or KSK. With this in mind, the plot to overthrow the German doesn’t seem so far-fetched. Rounding out the corps of conspirators was a former member of the German Parliament, one who had insider knowledge of German security protocols and access to government buildings in Berlin.

Despite the potentially real nature of the threat to the German government, many German newspapers are accusing Germany of making it a “PR stunt,” and that the conspirators were actually very elderly men caught in an internet echo chamber. Those same newspapers note the group can’t decide what flavor of autocracy they would have even wanted their government to look like.

The real danger, still unseen, isn’t necessarily the ability or drive for this group of elderly German men to actually pull off their plan. The real potential for danger is how many younger, more capable Germans heard their reasoning, identified with it, and may be making future coup plans of their own. If the radicalization and growth of ISIS is any indicator, the danger may go unseen for years.