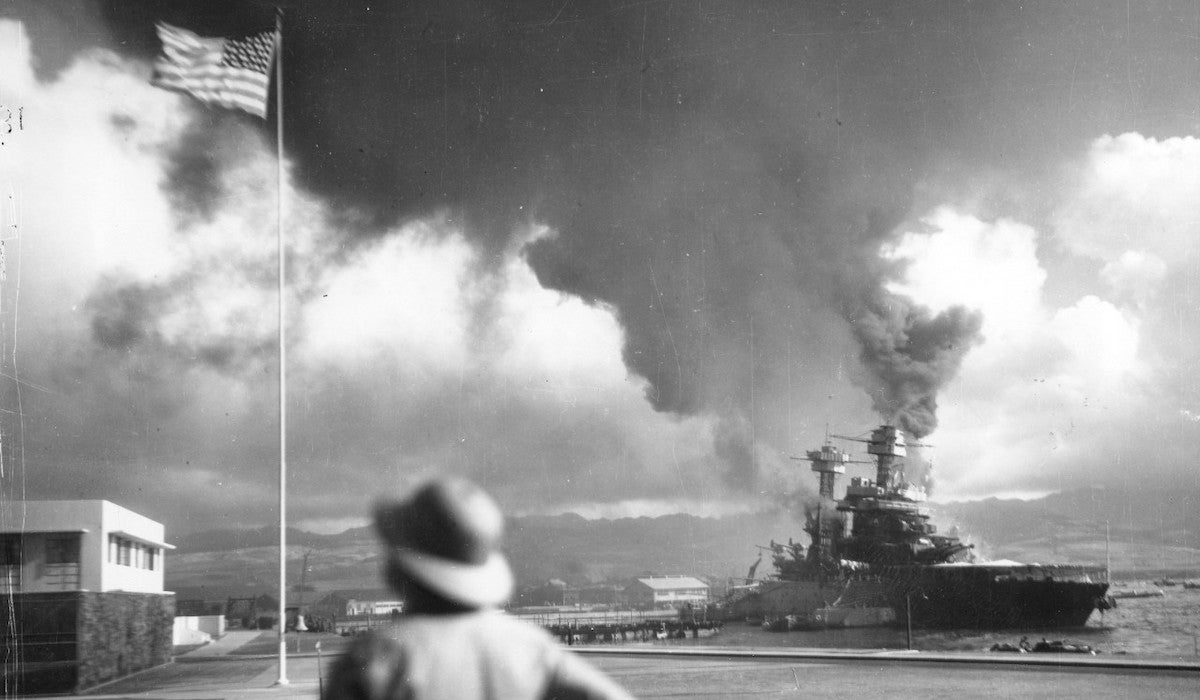 2020 marks the 79th anniversary of the attacks on Pearl Harbor in Hawaii. While it’s been nearly eight decades since the attacks, December 7, 1941, as noted by President Franklin D. Roosevelt, is “a date that will live in infamy,” and is never far from these historical landmarks.

Be sure to bookmark these stops on your next trip to Oahu, Hawaii:

Pearl Harbor National Memorial is an obvious first stop for history enthusiasts. Open daily from 7AM – 5PM (except Thanksgiving, Christmas Day and New Year’s Day), the grounds house a visitor’s center, museum and bookstore. It is also the access point for the USS Arizona Memorial and USS Bowfin Submarine Museum.

The USS Arizona Memorial, arguably Pearl Harbor’s most recognizable landmark, features a full program for guests that includes a 23-minute documentary film and a Navy-operated shuttle boat ride out to the memorial.

To note: Due to COVID restrictions, part of the USS Arizona Memorial program has been modified to exclude use of the theater.

The USS Bowfin was launched on December 7, 1942, exactly one year after the attacks on Pearl Harbor, and is a fleet attack submarine that fought in the Pacific during WWII. She was nicknamed the “Pearl Harbor Avenger”.

To note: The cost of the tickets includes a bus ride to Ford Island, however there is also a parking lot for guests who choose to drive over.

Driving across the bridge to Ford Island is a bit like stepping back into the 1940s, where historical homes, landmarks, and even bullet strafing, can still be seen.

The USS Missouri, also known as “Mighty Mo”, was the last battleship commissioned by the United States and was the site of the Japanese surrender on September 2, 1945, officially ending WWII. The ship offers two daily tours, but is open daily for self-led tours.

To note: The Battleship Missouri Memorial is currently closed due to COVID restrictions, but you can take a virtual tour here.

Ford Island’s 4-mile loop trail offers insight into lesser-known historical moments, which include plaques for clarification. Along this trail, accessible with base access onto Ford Island, guests can see bullet strafing, the CPO neighborhood that sat adjacent to the attack zone, the original Bachelor Officers Quarters and buildings, and the USS Oklahoma and USS Utah Memorials.

Located adjacent to Pearl Harbor, Hickam Field served as the principal airfield and bomber base in 1941. From the National Park Service on the morning of December 7th:

“At Hickam Field, Japanese Zero fighters and Val dive-bombers strafed and bombed the fight line and hangars, concentrating on the B-17 bombers. The 12 U.S. B-17s arrived unarmed and low on fuel during the attack. Most succeeded in landing at Hickam where they were attacked on the ground. The second wave of the Japanese attack struck Hickam at 8:40am and by 9:45 the attack was over. Nearly half of the airplanes at Hickam Field had been destroyed or severely damaged. The hangars, the Hawaiian Air Depot, several base facilities–the fire station, the chapel and the guardhouse–had been hit. The big barracks had been repeatedly strafed and bombed and a portion of the building was on fire. Thirty-five men were killed when a bomb hit the mess hall during breakfast. Hickam’s casualties totaled 121 men killed, 274 wounded and 37 missing.”

Residents who lived on Hickam Field at the time of the attacks recall blackouts on the base and hearing bullets bounce off the roof. Today, Hickam is home to the headquarters of the Pacific Air Force and features many of the buildings that were standing in 1941.

Exiting Joint Base Pearl Harbor-Hickam, hop on H2 North toward Wahiawa, where Wheeler Army Airfield is located. Wheeler Field was a primary target for the Japanese in 1941, as they hoped to prevent planes from getting airborne. While many of hte planes that were parked at Wheeler were destroyed in the attacks, twelve pilots managed to get P-36 Hawk and P-40 Warhawk aircrafts off the ground and engaged Japanese pilots. After WWII, Wheeler Army Airfield became a National Historic Landmark for the role it played during the war.

Today, the airfield is accessible with valid military identification and features restored buildings and planes as they would have looked the day of the attacks.