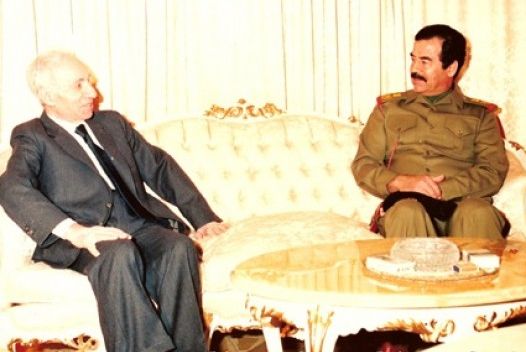 The U.S. Congress is not a generally popular branch of government. In 2013, a Politico survey revealed that Americans preferred colonoscopies, brussel sprouts, and even Nickelback to Congress. However, there’s one member of Congress today who you simply have to respect for his impressive resume. He’s certainly no career politician.

Mark Green graduated from West Point in 1986 and commissioned as an Infantry Officer. He graduated from Ranger School and was subsequently assigned to the 194th Armored Brigade at Fort Knox. During that time, he excelled and worked his way up the junior officer positions from rifle platoon leader, to scout platoon leader, and finally battalion adjutant. After he attended the Infantry Officer Advanced Course, Green served in the 82nd Airborne Division as a company commander.

Green continued to excel in his Army career and was accepted to the Army’s medical program to become a doctor. He attended Boonshoft School of Medicine at Wright State University and earned his MD in 1999. Given his exemplary performance as an Infantry Officer, Green was subsequently selected to serve as the flight surgeon for the Army’s elite 160th Special Operations Aviation Regiment. As a Night Stalker, Green served in both Iraq and Afghanistan during the War on Terror.

In 2003, Green was part of Operation Red Dawn, the special forces operation that captured Saddam Hussein. Following the dictator’s capture, Green interrogated him for six hours. He recounted his incredible experience during this historic operation in his book, A Night With Saddam.

In 2006, Green retired from the Army as a Major. During his service, he earned awards including the Bronze Star and the Air Medal with V Device for Valor. After he left the Army, Green founded and served as the CEO of Align MD, a hospital emergency department staffing company. Staying in Tennessee after retiring out of Fort Campbell, he also founded two medical clinics that provide free healthcare to under-served populations in Clarksville and Memphis.

Green entered politics in 2012 when he was elected to the Tennessee State Senate. During his time in the state senate, Green again made history when he helped repeal the Hall Income Tax. It was only the second time in U.S. history that a state repealed an income tax.

In 2017, Green filed paperwork to run for Governor of Tennessee. However, when Tennessee’s 7th Congressional District became open, he redirected his efforts to the U.S. Congress. Since he took office in 2019, Green has continued to fight for his fellow veterans and their families. The first bill he introduced in the House was the Protecting Gold Star Spouses Act which allows spouses to continue receiving benefits during a government shutdown. He also advocated to include provisions in the NDAA for veterans subjected to toxic exposure while serving at the K2 Air Base in Uzbekistan during the War on Terror.

Over his 24-year career in the active duty Army and Army Reserve, Green demonstrated exemplary service. From a hard-charging Infantry Officer to a Special Forces doctor interrogating Saddam Hussein, Green seemingly did it all. With his transition from the battlefield to politics, Green continues to embody the Army values of loyalty, duty and selfless service.