This ‘Nasty Nick’ obstacle course is part of SF Heritage 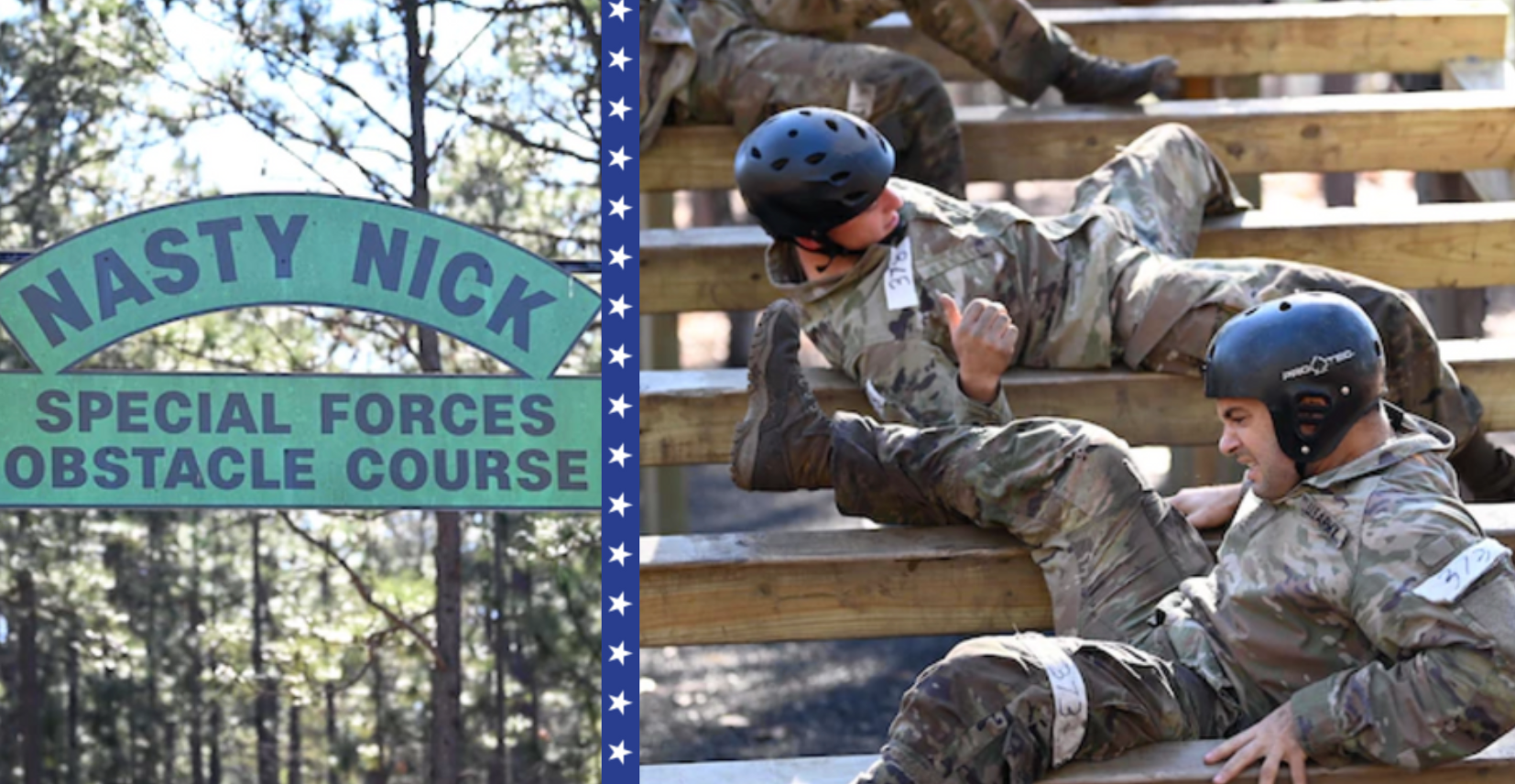 North Carolina’s Camp Mackall is not your average US Army training facility. It is home to the Nasty Nick Special Forces Obstacle Course, one of the toughest obstacle courses ever created. In order to complete Special Forces training, men and women must pass Nasty Nick, and it’s no cakewalk.

Who was Nasty Nick?

Nasty Nick is named after its creator, a Vietnam War veteran, the late US Army Special Forces Colonel James “Nick” Rowe. Col. Rowe was a Prisoner of War during the Vietnam War. He was held captive for over five years. Col. Row is one of only 34 American POWs to make it out alive.

After that brutal experience, Rowe took all he knew about what it’s like to be a POW to make an obstacle course. Today, it serves as a survival, evasion, resistance and escape training program – SERE school. Since its creation, all Special Forces Soldiers have had to complete Nasty Nick before they are officially able to be sworn in.

Nasty Nick includes 25 obstacles that span across two miles. They are specifically designed to confront candidates’ fear of confined spaces and heights, not to mention test strength and stamina overall, both physically and mentally. Additionally, without upper body strength, coordination, and balance, making it through the course is nearly impossible. The idea behind this training is to prove that they’d be reliable in real-life situations that those in the Special Forces are likely to encounter.

One of Nasty Nick’s obstacles is a 50-foot wall that Special Forces candidates have to climb over with no safety rope. A fall could be deadly, but this is exactly the kind of test needed to make sure all Special Forces officers are prepared for the things they will inevitably have to face on the job. Fear of heights is just not compatible with the Special Forces.

They don’t call it ‘Nasty Nick’ for nothing

Special Forces operations often occur in urban environments, meaning that Soldiers have to be ready for anything that comes at them. For instance, their hands should be on a weapon instead of holding on to something for balance. After all, there might be bullets flying at them, and they’ll need to defend themselves.

Nasty Nick tests many of these more subtle abilities. Not only do Soldiers have to make it through the course, but it’s also timed. That means simply getting through isn’t enough. The method of getting through is important too. Crawling out of fear when you could be walking won’t cut it. Yet it’s all necessary to prove that any and all Special Forces will be able to perform accordingly when they need to.

Related: The intriguing history of the term special operator