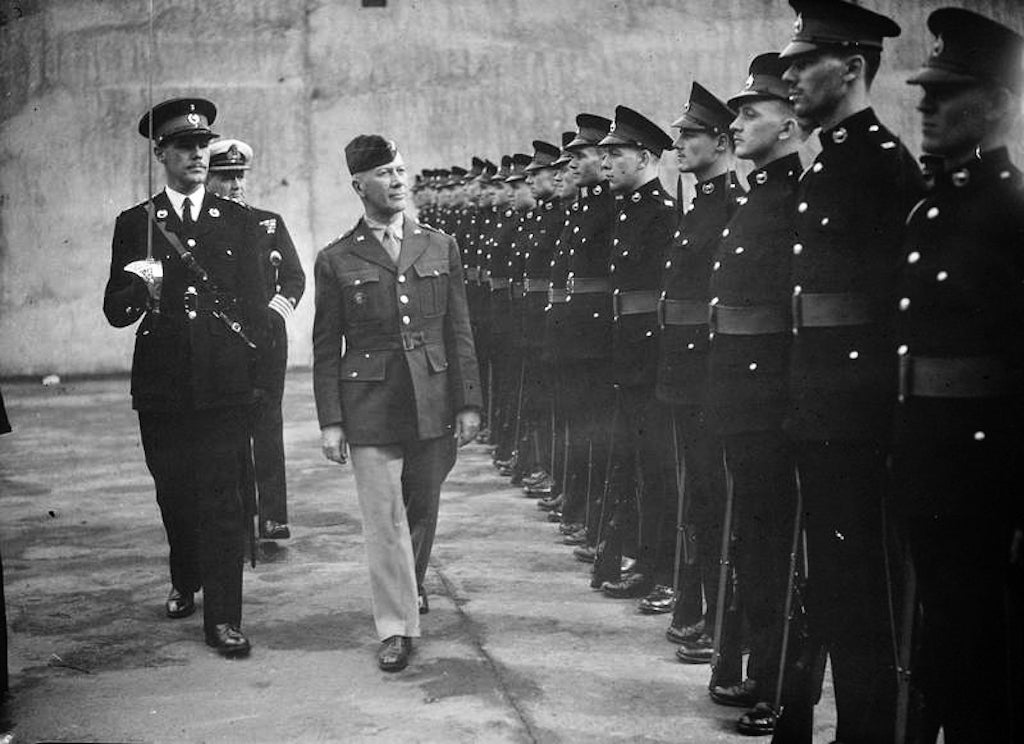 Anyone who served in the military can tell you that leadership can completely change a unit’s culture, morale, and performance – even if the leader is someone like Ol’ Blood and Guts: Gen. George S. Patton. When Patton arrived in North Africa, he found the American army beaten, demoralized, undisciplined, and facing a German Afrika Korps that they believed invincible. Patton didn’t blame the men for the situation, though he would take the steps to correct them for their part in it. Patton blamed his predecessor, their commander, Maj. Gen. Lloyd Ralston Fredendall.

Fredenhall was in command of the American II Corps when it was defeated by Field Marshal Erwin Rommel at the Battle of Kasserine Pass and his defeat was so complete, he was replaced by Patton, then a Major General. But Fredenhall wasn’t all bad, as he’d commanded a major force during Operation Torch, the U.S. invasion of North Africa.

Once in Africa, however, Fredenhall was out of his element. The command structure he created upon being named II Corps commander was massive for a field army and the problems with his command began almost immediately. In 1943, when the U.S. was advancing into Tunisia, Fredenhall ordered the construction of a dug-in headquarters bunker, 70 miles away from the front lines.

It was a structure carved out of solid rock that took three weeks to build. He also had an entire anti-aircraft battalion stationed around it. For his protection during transport, he ordered a bulletproof Cadillac. When Brig. Gen. Omar Bradley learned about the precautions, he called it “an embarrassment to every American soldier.”

Trust in subordinates was another issue for Gen. Fredenhall. Despite rarely leaving the protection of his reinforced bunker, he was known to disregard the input from his subordinate officers, many of whom were either on the front lines or had reconnoitered them personally.

In combat, he refused to take input as well, and the effects on American troops were devastating. Fredenhall had no issues with scattering his forces, even splitting up units and spreading them out too thin. He maintained this posture even against the advice of his reporting officers.

At critical areas along the lines of advance and later defense, Fredenhall positioned units too far apart to support one another or to provide them with effective artillery cover. During the Battle of Kasserine Pass, American positions overlooking the pass were overrun. By the middle of the next day, Axis tanks were pouring through the pass, delivering the United States one of its worst losses ever.

The Allied forces lost 300 men, but had so many wounded and captured that many units would not be at full strength until reinforcements arrived. While the battle was still raging, Eisenhower  received word that Fredenhall’s subordinates lost faith in him and Ike considered replacing him mid-battle.

The Confusion created by Fredenhall’s command structure led forces on the ground to become unsure of what orders to follow, Allied air cover was almost nonexistent and his men believed him to be cowardly and out-of-touch.

On March 6, 1943, Gen. Patton took command of II Corps and instituted rigorous changes to the command structure, the culture of the Army in North Africa and established strict discipline. By March 17, American troops were fighting the Germans at the Battle of El Guettar – and won.