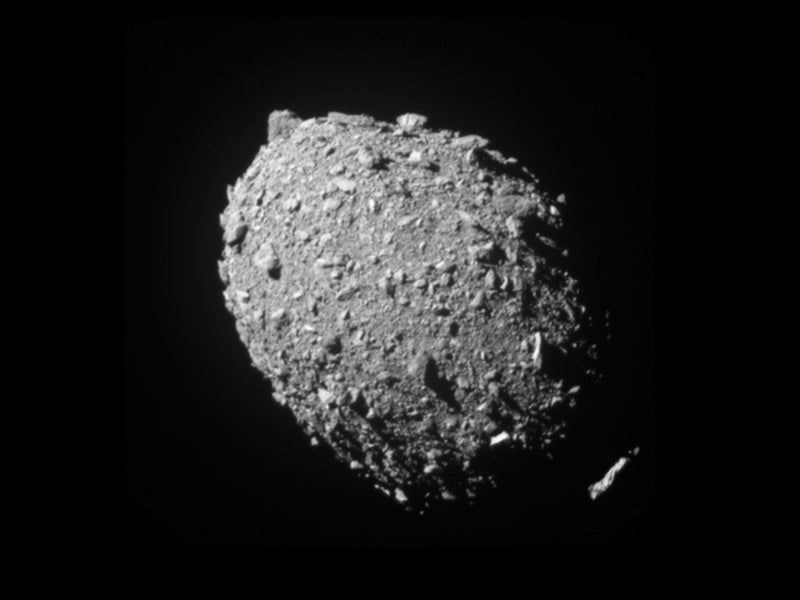 If you were a moviegoer in the 1990s, it was clear that the Soviet Union was no longer a threat to the American people. With no threats to America’s total dominance to be found on Earth, movie writers and producers began looking toward the heavens for new sources of conflict.

Movies like “Armageddon” and “Deep Impact” showed the U.S. military powerless to stop the untold number of “death from above” scenarios. The U.S. military itself didn’t seem to think that a rogue asteroid or comet was something they really needed to plan for – although alien invasions were, at times, a concern.

It wasn’t until 2022 that NASA picked up the mantle of Earth’s interstellar planetary champion (sorry, Space Force) by developing the DART, the Double Asteroid Redirection Test, that would successfully defend our blue planet from an oncoming interplanetary ballistic missile.

NASA’s mission was to redirect a giant space rock to see whether it could offset the course of the asteroid and how much force the interception would require to do it. The space agency sent its 1,100-pound DART spacecraft hurtling toward a 525-foot-diameter asteroid called Dimorphos at 14,000 miles per hour. According to NASA, it was the first time humanity purposely changed the motion of a celestial object and the first full-scale demonstration of asteroid deflection technology.

On Sept. 26, 2022, NASA took a shot at Dimorphos, which orbits a larger asteroid, Didymos. By measuring the time it takes for Dimorphos to orbit Didymos, the researchers were able to determine that their direct impact affected the asteroid’s orbit by a 32 minute deduction, surpassing the expected effects 25 times.

“DART has given us some fascinating data about both asteroid properties and the effectiveness of a kinetic impactor as a planetary defense technology,” Nancy Chabot, the DART coordination lead from the Johns Hopkins Applied Physics Laboratory (APL) in Laurel, Maryland, said in a statement. “The DART team is continuing to work on this rich dataset to fully understand this first planetary defense test of asteroid deflection.”

As of October 2022, researchers were still collecting data from the impact of the DART on Dimorphos. This includes looking at the effects of the  “ejecta,” what NASA calls the tons of asteroidal rock displaced and launched into space by the impact. The recoil analysis of the collision is also expected to help researchers understand the physical properties of the asteroid as well as what materials are needed to help change the trajectory, with potential implications in a future asteroid impact with Earth.

“All of us have a responsibility to protect our home planet. After all, it’s the only one we have,” said NASA Administrator Bill Nelson. “This mission shows that NASA is trying to be ready for whatever the universe throws at us. NASA has proven we are serious as a defender of the planet. This is a watershed moment for planetary defense and all of humanity, demonstrating commitment from NASA’s exceptional team and partners from around the world.”

The test was a worldwide effort, conducted and ongoing with ground-based observatories at the NASA Jet Propulsion Laboratory’s Goldstone planetary radar in California and the National Science Foundation’s Green Bank Observatory in West Virginia.

NASA was quick to add that “neither Dimorphos nor Didymos poses any hazard to Earth before or after DART’s controlled collision with Dimorphos.”