DoD denied benefits to a widow over one mistake 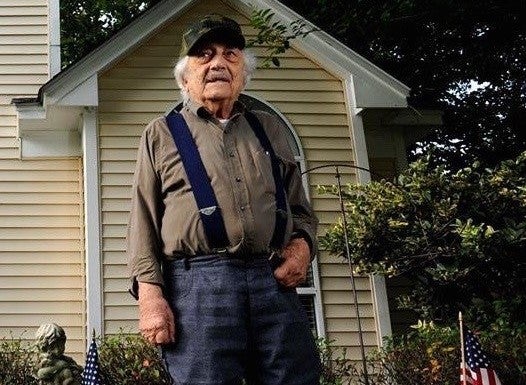 Joseph Parrinello served his country during three wars – World War II, Korea, and Vietnam. He met and married Margaret Donnelly while serving in England. They married on December 27, 1957. She followed him to all his assignments and did what many wives did at that time: she took care of the children and managed the household.

In 1972, Joseph retired after 28 years of service. His chief concern in life was making sure Margaret, who was 14 years younger than he and only ever worked in the home, was taken care of if he died. After a lifetime of investments, the Defense Department denied his beloved her survivor benefits because of one wrongly checked box.

After many years together, they divorced in 1991. There was no love lost, Margaret married Joseph at 19 and had just never really known life without Joseph. He still loved her and she was still the mother of his children, so she remained the beneficiary of his Survivor Benefit Plan, even though they were no longer married. During their time apart, Joseph gave his beloved money every month to take care of her, even after the children came of age and left home. It was a surprise to no one when they remarried in 2006. Joseph was 83 and Margaret was 69.

By that time, Joseph had battled cancer and kidney failure. His overall health declined for years, but he never filed a disability claim with the Department of Veterans’ Affairs because he only wanted what he was due and felt the VA didn’t owe him anything. So he lived on Social Security and his retirement pay as an E-7 with 28 years in service.

Throughout his retirement, Joseph paid 15 percent of his income to take care of Margaret. He had an allotment taken out of his retirement to cover her in the event of his death, resulting in several decades of investment. His survivor benefit plan listed her as the sole beneficiary. At 83, he was tired, ill, and not as sharp as he once was. He didn’t change Margaret’s status from “former spouse” back to “current spouse” on the SBP form because he didn’t think he had to. In his mind, his Margaret was both former and current, and was going to be okay.

When he died at age 91 in December 2014, his daughter Lisa, also an Air Force veteran, tried to help her mother claim her survivor benefits. They initially filed in December of 2014 – but the Defense Finance and Accounting Service said they didn’t receive Margaret’s claim, though DFAS was sure to stop Joseph’s retirement pay and take back pay for part of the month of December. So Margaret refiled in January and was told it takes about six weeks to receive benefits.

Lisa, frustrated, contacted her congressman, Mark Sanford. Sanford’s office was able to get an answer from the Defense Department. On June 1, 2015, Margaret was officially denied her benefits because the form had “former spouse” checked even though she is both the former and current spouse and her name is also on the form stating her as beneficiary. The family was told the form needed to be changed through the Air Force Personnel Center. The change (if approved) can take up to 18 months but the Air Force is “backlogged and must go in order.”

As Margaret waits for the Air Force to check a different box, she’s about to lose the house she shared with Joseph, their car, their treasured possessions, and the last wishes and lifetime work of a 28-year Air Force Master Sergeant, who only wanted the love of his life to be taken care of when he died.

The Defense Department did not tell the Parrinellos where Joseph’s 20-plus years of investments went or where they will go if they’re not given to Margaret.