WATCH: The Oldest Trainee in Fort Sill History - We Are The Mighty 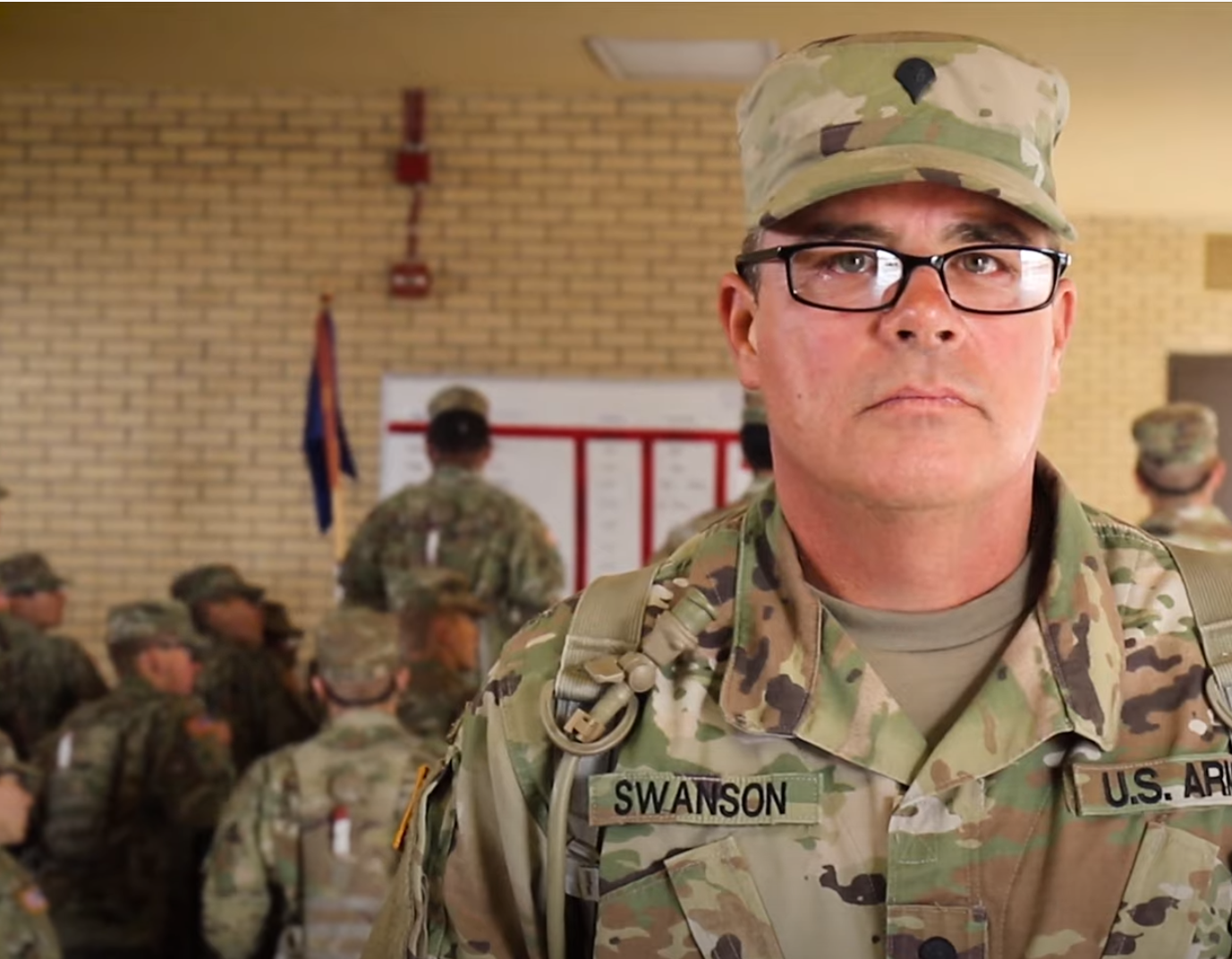 Most people who join the Military are young adults. In fact, as of 2012, the US Army reported the average age of people who enlist is 20.7 years. That’s almost as young as young adults come. Generally speaking, the maximum age of enlistment for most military branches is 35. However, there is one caveat: if you’ve served in the military before, they can waive the age limit. This means that some trainees might be even older. of course, that’s a rare exception. But it happens. Like with Spc. Swanson, BCT trainee at Fort Sill.

A peek inside basic training at age 49

Fort Sill, an Army post in Lawton, Oklahoma is one of four Army BCT locations. It is also the post where John Swanson made the record for being the oldest trainee in Sill history. Swanson did his nine-and-a-half weeks of training at age 49, which was allowed because he had been in the military previously. The fact that he had also been in combat before earned Swanson a lot of respect from his fellow trainees.

Swanson said his experience at Fort Sill not only re-trained him for the military, but it also gave him an inside view of the younger generation. He now has a much better understanding of how things work today versus the way things worked when he was a young adult. One of the things his Fort Sill Gen Z peers taught him was how to find humor in everything. Before re-doing his training at age 49, he found himself to be a lot more serious. Now Swanson has lightened up.

Many of the other trainees, often half of Swanson’s age or even younger, watched in amazement at what Swanson was doing. The fact that he was so much older than them but was physically able to keep up with all the strenuous activity that Basic Training involves was notably impressive.

Some even said it motivated them to push a little bit harder than they might have otherwise. Watching Swanson push on, doing things like one-armed push-ups when one of his shoulders started to hurt, gave them a true role model right in front of their faces.

No slack for Swanson

Age and prior service didn’t mean they went easy on Swanson throughout his second time around at Basic Training either. They treated them just as they treated every other trainee, which is the way it should be. Giving Swanson slack would have defeated the purpose of re-enlisting anyway. But we can’t help but wonder what it was like for the Drill Sergeants shouting at him knowing full well he was twice their age.

Related: 5 of the worst misconceptions to have when joining the military