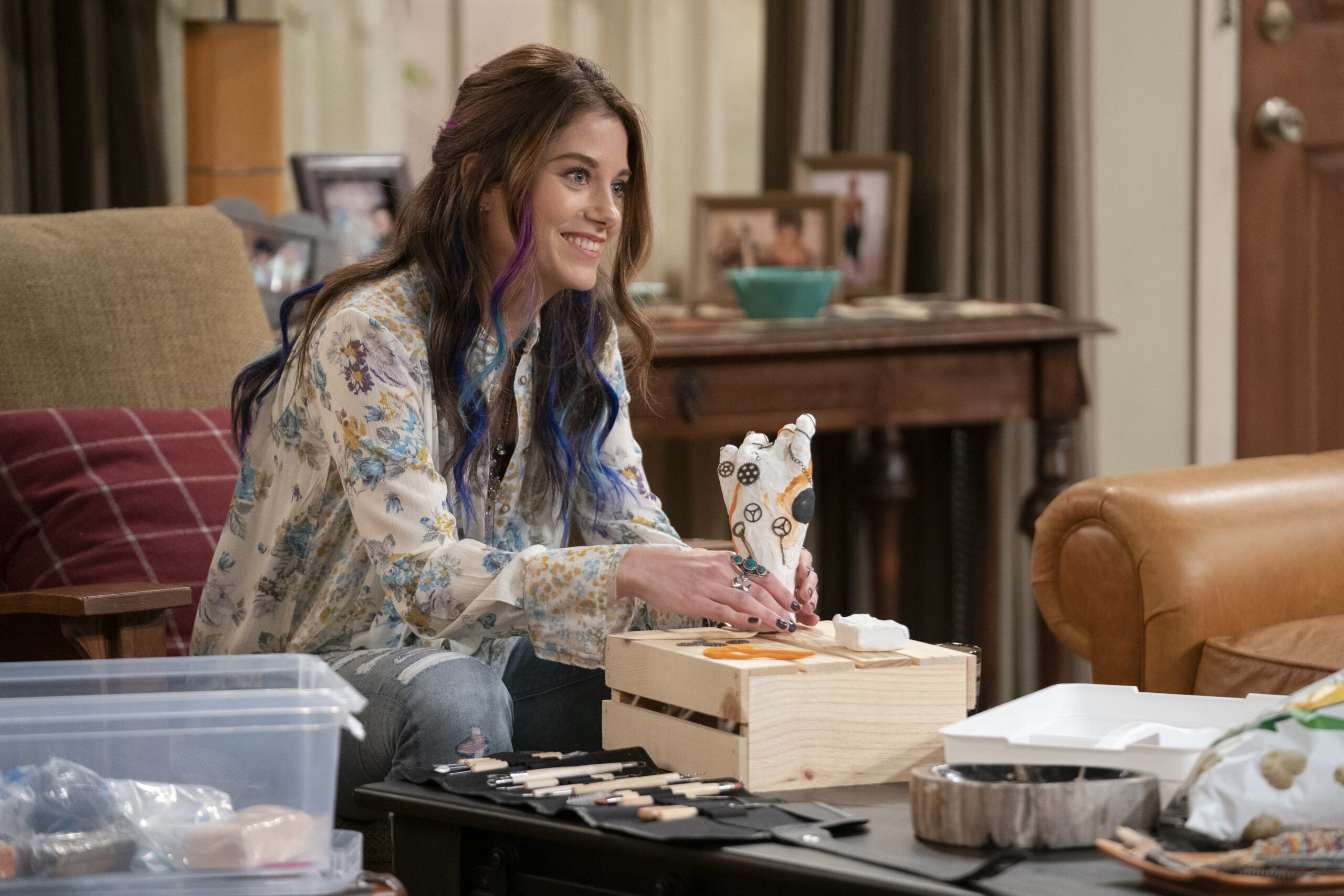 Elizabeth Alderfer plays a Gold Star fiancé on the hit CBS show, United States of Al. The cast had just started filming season 2 as the world watched Afghanistan fall to the Taliban. She was part of the extraordinary effort to save America’s heroic Afghan allies, refusing to leave them behind.

United States of Al launched in April 2021 and is inspired by the real-life story of a Marine veteran and his Afghan interpreter. With a comedic, heartwarming approach, main characters Riley (Marine veteran played by Parker Young) and Al (interpreter played by Adhir Kalyan) take on the real struggles of both immigration and life after war, to include Alderfer grappling with how to honor her fiance’s ultimate sacrifice. The show has quickly won the hearts of many in the military community.

“I feel so in awe of everything the veteran and military community does for people all the time,” Alderfer explained. “Of course we want to address some of the issues that veterans deal with but also portray them as these very deep and intricate people like we all are, dealing with our own stuff.”

Season 1 brought viewers through the battle of getting Al out of Afghanistan on a Special Immigrant Visa while showcasing the unique relationship and bond between the men.

The team was filming an episode with Afghan actors and their Afghan writers when things began to deteriorate in Afghanistan. “There was this very surreal moment of us all being determined to make this TV show to get these stories out there to make people care and make people aware but knowing in the off hours all of these desperate phone calls were being made and the scramble to find anyone that could help,” she shared.

As the crisis unfolded in Afghanistan with the deadly bombing at Hamid Karzai International Airport – resulting in the loss of 13 service members and over 100 civilians –– Alderfer said she felt helpless.

“That’s when I reached out to Chase [We Are The Mighty’s Chief Content Officer, Marine veteran and Green Beret veteran] and said, ‘put me to work’,” she added. From there Alderfer was connected to No One Left Behind and its then-chairman, James Miervaldis.

She started sifting through thousands of emails filled with pleas for help from stranded Afghan allies. “It felt like an avalanche we were trying to shovel,” Alderfer said. She passed NOLB vital information for the team to aid the State Department in conducting evacuations.

“There are still so many people who didn’t get on a plane still reaching out for help…there’s only so much you can do from a computer here in Los Angeles,” she said. “I feel like I met a lot of people during one of the most desperate moments of their lives. It’s something I’ll never forget.”

Before the show she said her background or connection with the military was non-existent.

“It’s made me respect the military community that much more and made me feel that much more passionate about other people who don’t have veterans in their lives –– who don’t know their stories or know what you guys go through… we need these stories to get out there – to them in particular – so there’s a better understanding of the military community and culture,” Alderfer explained.

She also revealed how stepping forward to publicly support No One Left Behind and the mission of bringing allies to the United States didn’t concern her. “There’s no argument. If you are arguing against what these allies deserve then I don’t understand how your brain works. It seems so inherently correct that we should help them and that they should get what we promised them…There’s been this incredible mobilization and resources for Afghan refugees that are coming,” she added.

As for the show and its commitment to the cause, Alderfer hopes viewers see their genuine intentions in its portrayal. “We are very careful to thread the needle of being a fun comedy but also addressing the more serious aspects of this story,” she said.

On Thursday, October 7, 2021, at 8:30 pm EST/PST, CBS will air the highly anticipated first episode of season 2 for United States of Al. Viewers should prepare themselves to relive the real-life chaos and emotion leading up to the airport bombing in Kabul, through the cast, as they fight to save Al’s sister.

“Not a lot of acting had to happen. This is what was happening and literally, the reality. In a lot of ways this experience has grounded me even further on what this show is about and what it can do,” she said. “I am so proud of everybody, especially our writing staff — opening their raw hearts and sharing with all of us. I feel an immense responsibility to do those words and do these storylines justice. I hope we can do it for a long long time.”

To learn more or watch episodes of United States of Al, click here.