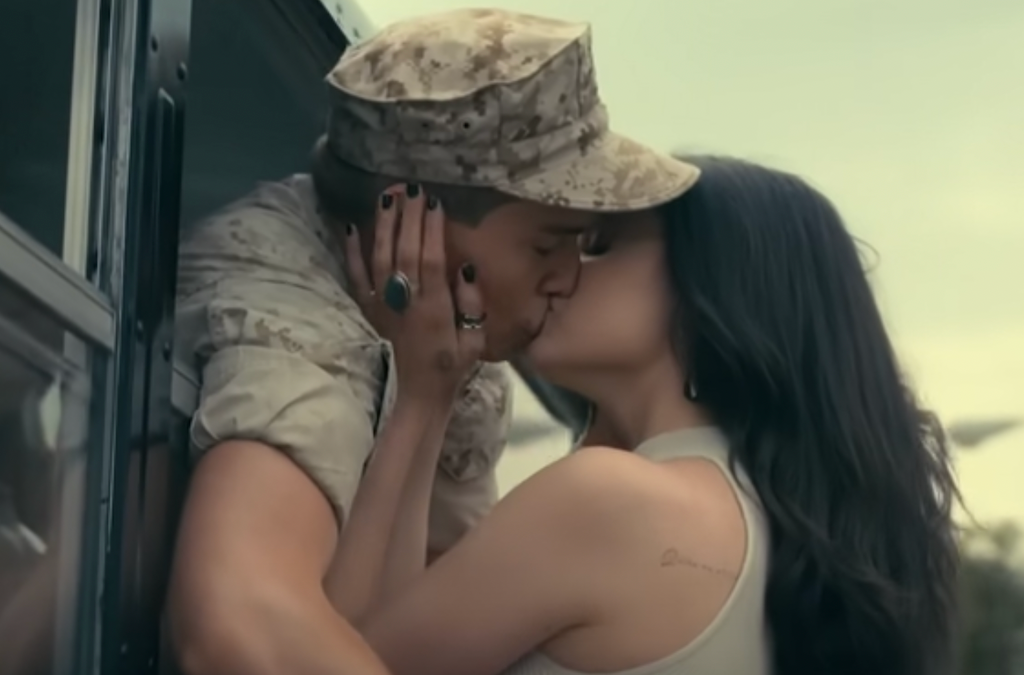 The new Netflix movie that has taken the military world by storm, Purple Hearts, was released this summer. The film is based on a book of the same name by Tess Wakefield. Through mixed reviews, it’s struck controversy over its portrayal of military life, specifically, of a contract marriage couple who marries for money/health insurance actually falls in love IRL. (Also, a second-generation Purple Heart, which, despite having a single scene, takes the film’s title.)

Take a look at these eight events that took place in the movie that would never actually happen in real life. (Warning, spoilers ahead!)

1. The Marines are stationed locally

How did these guys get stationed in their hometown? Let alone bunkmates. Sure, it’s not unheard of for enlisted folks to get a good draw, but for multiple Marines in the same unit? Imagine being able to visit and see your parents by just driving across town. Or visit your nephew at your brother’s fix-it garage. Then actually deploying out of your home base, the thought process of this is almost laughable.

We also never saw a shot of the barracks, nor a scene wherein Luke had to pack all his gear and move it – within hours after his marriage – to start receiving BAH.

The main male character, Luke, has a pretty checkered past but has no issue enlisting… or getting a hometown duty station). It was mentioned that charges weren’t pressed, but based on the nature of what he admitted doing – particularly his substance abuse – we doubt he’d be able to join.

Honestly, this one takes the cake for unbelieve-ablity: Luke’s contract bride, Cassie, enrolls in DEERS in a matter of minutes. They showed her signing a single line and grabbing her military ID, like it’s that easy. As if she didn’t have to wait for an appointment, sit in line for hours, produce endless paperwork, and waste days of her life getting listed online. They also magically skipped over every call she had to place in to TRICARE. Lucky girl.

4. His dealer could text about the contract marriage

In multiple instances, Luke lectured Cassie about pretending the marriage was real, even through texts and on the phone, because they were being monitored in their conversation. Yet his dealer (to whom he owed money) could text about it freely. Makes perfect sense.

After being turned in for a false marriage, Luke was arrested the very same day. And, apparently they were able to gather and review all of the evidence and put it to trial within a few days. We are calling big-time BS on this one.

6. “All the married couples”

Pre-deployment, the couple stays in a hotel, citing tradition for all married couples. Last time we checked, married couples weren’t required to stay in seedy motels next to their friends or anything else the night before deployment. Didn’t he have packing to do? What if there was a call to leave early? Or adjust his packing list?

7. He produced a sack of cash

There’s a scene when Luke was finally fed up with his dealer and paid him off at once. We never got answers to any of this – such as where all his pay went, why he stopped paying the dealer when he got hurt; all we know is that he was still earning a paycheck; not how he suddenly had a bag of cash. But none of it was realistic.

A side note, he was totally ripping off his new wife with her side of the cut based on current BAH rates, even for a Private First Class. Perhaps that’s where his extra sack cash funds came in handy??

In real life, a new spouse would have countless calls from her spouse’s SFRG unit. Or at the VERY least emails inviting her to lunches, coffees, informational meetings, etc. Where were all the messages asking Cassie to become a Key Caller? To volunteer for redeployment events? For her to host a concert for the wives? We desperately needed a scene where she attended forced fun and faked small talk with other milspos – image the look on their faces when she told them she was a local!

It may not have been a movie based on military truth – or edited by anyone with military knowledge – but it was an entertaining flick for the milspo crowd and beyond. What were your thoughts on the film?