How Metallica put this unknown war movie on the map 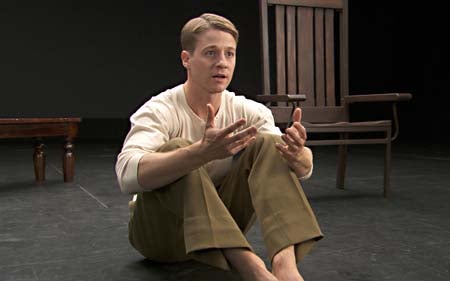 The year was 1988. Metallica had been making their way into the hearts and stereos of rock lovers for the better part of seven years. And wanting to make a political statement, the band decided to write and release an anti-war song. The result was their hit One from the album …And Justice for All.

Lead vocalist James Hetflied and drummer Lars Ulrich penned the song together, telling the story of a World War I soldier. In the gruesome song, the soldier was injured badly by a landmine, with arms and legs taken with the explosion, wanting to die in order to end his agony.

Anyone who knows anything about Metallica knows One went on to be a huge hit. In fact, it was their first top-40 song and reaching number one in Finland.

By January of ‘89, Metallica’s music video for One began airing on MTV. What made it notable was the use of scenes from Johnny Got His Gun, a 1971 anti-war flick. The film was a box office failure and relatively unknown.

Soon after its release, the video ranked number one on MTV; the band ended up winning multiple awards for the song.

Johnny Got His Gun goes viral

After the release of the video, fans started paying attention to the movie, turning it into a cult film. What’s even more interesting is that Metallica itself owned rights to the film. To avoid paying ongoing royalties for their music video, the band decided to buy rights outright, allowing them to replay their own video with ease.

It’s worth noting that after its original release in 1971, the film did not even recoup its budget at the box office. Despite Donald Sutherland staring, fans paid little attention — and little in tickets, avoiding the film almost altogether.

Once Metallica used its scenes, the film seemingly came out of the woodwork, selling copies by the dozens, and even sparking multiple remakes.

Hetfield is quoted saying the movie Johnny Got His Gun was used for the music video because its storyline followed closely to the song’s theme. In fact, the band created their lyrics from the novel of the same title.

To date, One remains one of Metallica’s most-played songs. It was the first song to win the category for Best Metal Performance at the Grammy’s. It’s also the most played song from their …And Justice for All album.