Our 9 favorite war movies from the 70s 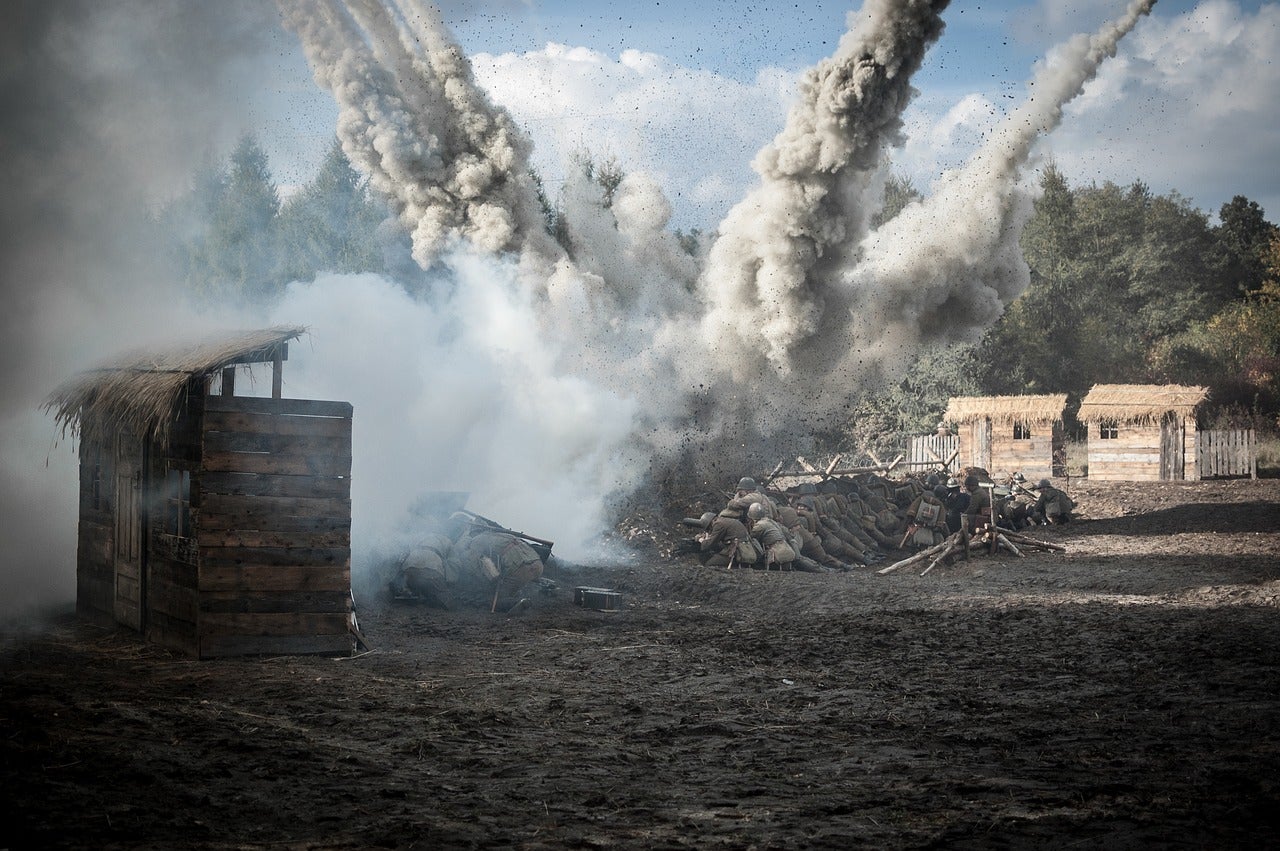 In a decade full of big mustaches and goucho pants, bell bottoms ruled the earth; something about extra ankle space was all the rage. Meanwhile, military surplus clothing was a must-have hit, and when it came to hair styles, bigger was better. These are only a few attributes that describe the 1970s. It’s also a decade that loved a good macho war flick — gruff soldiers with heartfelt stories fit right in with the counterculture and everything it stood for.

From these titles which are still modern favorites, to the films that changed the face of cinema as we know it today, take a look at these blockbusters and campy faves.

Released in 1970, Catch-22 is the film adaptation of the classic war novel of the same name. It’s considered a black comedy, “anti-war” movie where the main character tries to get himself declared insane so he no longer has to participate in the war — therefore a catch-22. It’s known for starring big names such as Art Garfunkel, Bob Newhart, Martin Sheen, Jon Voight, and Orson Welles.

Yes, MASH made a movie! In fact, the movie came before the show. An acronym for Mobile Army Surgical Hospital, MASH was first based on a book, then made into a film starring Donald Sutherland, Elliott Gould, and Robert Duvall. The Korean War film won an Academy Award for best film adaptation, as well as taking home the title for Grand Prix du Festival International du Film at the Cannes Film Festival.

Another anti-war flick — a common theme in the 70s — comes with Johnny Got His Gun. Donald Sutherland also plays in this film, however, it was a box office bomb and not well received. Years later, in 1988, the band Metallica used clips from the movie in their music video. They even purchased the rights to avoid paying ongoing royalties, and in the process, brough the film to prominence and turned it into a cult classic.

Michael Caine stars in this movie covering the thirty-years war in Central Europe. Set in the 1600s, the flick follows Caine as a mercenary soldier, during a religious war. Despite being one of the most popular movies at the box office, it still became a financial failure, only gaining popularity in decades since.

Another WW2 classic, The Hiding Place follows a Jewish family who’s taken into captivity and their hardships within a concentration camp. The film is based off of Corrie ten Boom and her family’s struggles and her famous book of the same name.

The Battle of Midway is arguably one of the more famous battles from WW2, partly thanks to this film. Midway covers the invasion of Midway Island when the U.S. attacked the Japanese Navy in April of 1942. The movie comes with a star-studded cast, including: Charlton Heston, Henry Fonda, James Coburn, Glenn Ford, and Hal Holbrook.

This flick takes place in a world where the Germans plotted to kidnap Winston Churchill at the end of WW2. It was directed by John Sturgess in his last film as a director. Donald Sutherland, Michael Caine, and Robert Duvall star in yet another war film, this time playing Germans in their attempt to find and take down the British Prime Minister.

Set in the timeframe of Vietnam, Coming Home brings a fresh twist to war films; it’s set back in the states and covers a love triangle between a military spouse, her husband, and another injured soldier. Jane Fonda stars as the film’s temptress, with Jon Voight playing another leading role.

The original title to this film is actually an Italian film. The translation means, “That damned armored train.” A Euro War movie, the film was pitched to American filmmakers, but moved to Italy when it was not picked up. The film gained most of its success decades later when director Quentin Tarantino made his own war flick reusing the name Inglorious Basterds.

The 1970s was certainly a power decade for WW2 films, among others. Whether you’ve seen them or simply have these titles on your “must watch” list, don’t overlook the power they can bring to modern day viewers in cultural and historical importance.