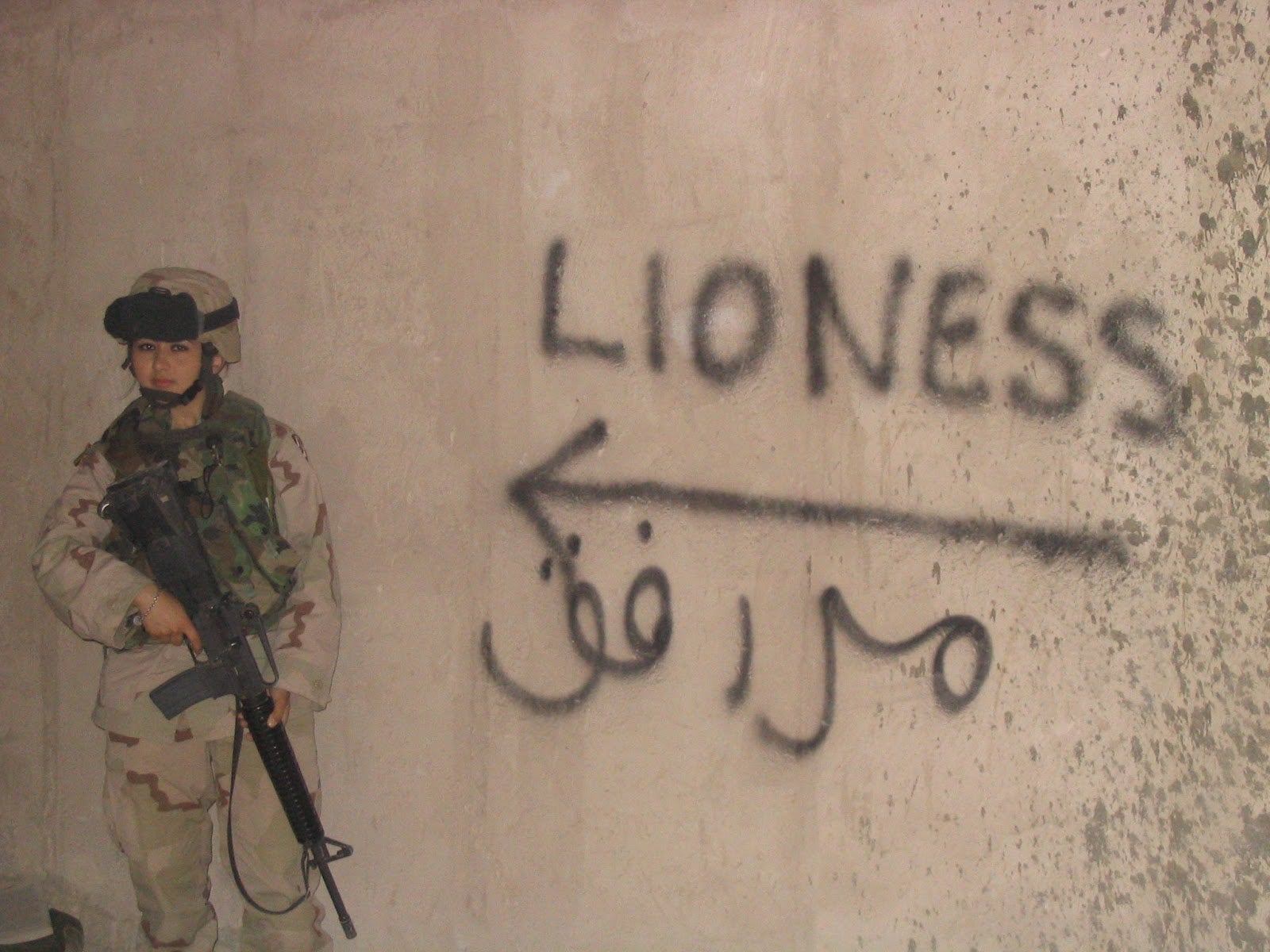 In 2013, the ban that kept women out of combat was lifted, effectively allowing anyone to join fighting forces in the United States.

It’s worth noting that many women had seen combat prior to this day, including nurses, pilots of World War II, all the way back to the Civil War, when Molly Pitcher took over her husband’s cannon when he fell. But in modern day, in the United States, women in the infantry, on the front lines, it wasn’t something that happened on purpose … until it was. By 2016, women could join any field of service, including those that were previously designated as male-only.

However, in 2003, a full decade before the ban on female infantry members was removed, an all-female team found themselves in the throes of the front lines. From September 2003 until August 2004 – almost a full year, Team Lioness fought in some of the bloodiest battles of the Iraq war.

Team Lioness consisted of Army service women, who were sent to Iraq for a variety of jobs, including mechanics and clerks. As part of a mission to respect local cultures – which prohibited men from touching unrelated females – military leaders by-stepped this by having female soldiers search and question local Muslim women.

The 19 Army soldiers, attached to a male Marines unit, is now considered one of the first Female Engagement Teams, or FETs. On each mission, different females were chosen.

The project began as a friendly one, where they were simply looking for information. But outings quickly turned violent and into a combat mission. With active firing taking place and engaging in battle, the females fought alongside Marines in order to defeat the enemy and make their way back to safety.

It’s a process that’s easier said than done. Not only were the females not trained in infantry tactics, but they were not accustomed to Marine techniques, everything down to simple steps like hand signals. Specific signals would have told the Marines when and where to go. But because the Army females weren’t trained the same way, they weren’t always in the loop, and at one point, one was left behind.

The initial trauma of that fight, however, was made worse after returning home, only to have the VA told them they didn’t have PTSD – because women aren’t allowed to fight. (They said the VA later recanted and has provided the PTSD treatment they needed, including one who was discharged due to mental status.) Another was denied three times by the Texas VA because her MOS was a supply clerk.

It’s an ongoing path to add a code for those who served as Lionesses for “proof” or foresight to any violent battles they may have participated in. Their story is outlined in a full feature-length movie, 2005’s Lioness that was put out by the Department of Defense. The film is available for rent from Amazon Prime. It can also be purchased here.