The incredible Katherine Johnson, NASA's genius 'Hidden Figure' - We Are The Mighty 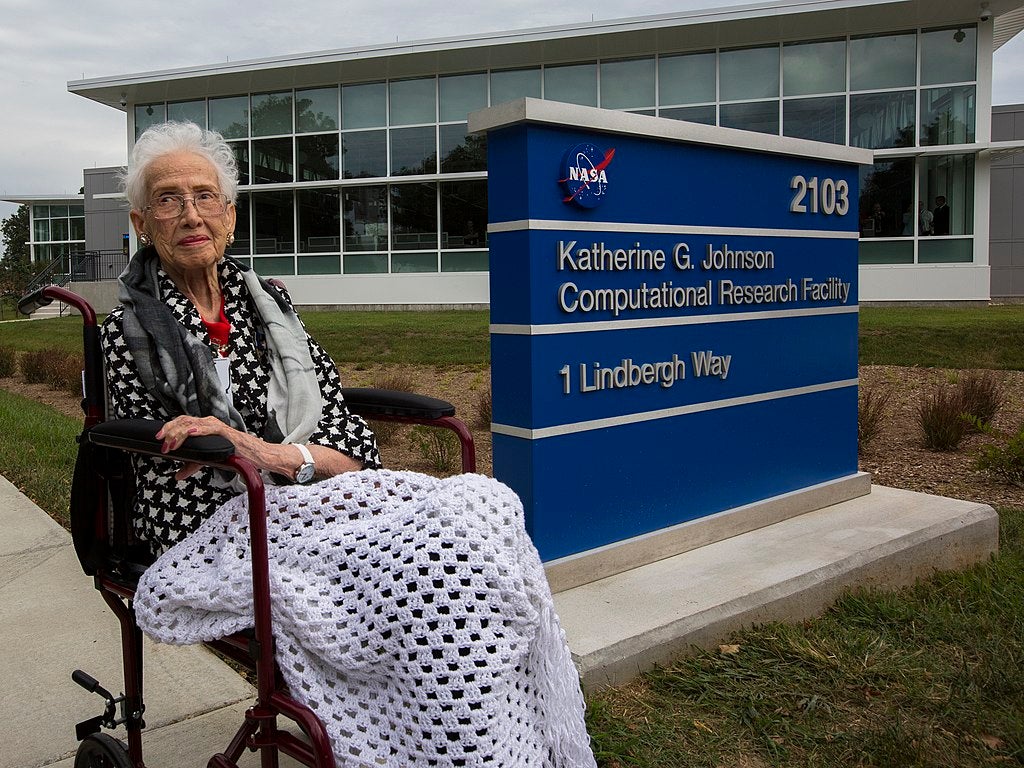 Often referred to as a hidden figure of NASA, Katherine Johnson was a genius with numbers. Born in August 1918 as the youngest of four children, she was disadvantaged at a young age; the county she grew up in, Greenbriar County, West Virginia, did not offer public school to African Americans past 8th grade. However, seeing her potential in her abilities, her parents decided for her to attend high school on the same campus that houses the West Virginia State College. She would go on to attend college at the age of 14. She took every math class she could, and her professors even added additional courses for her. She would graduate summa cum laude in 1937 with degrees in mathematics and French.

Johnson started her professional career as a research mathematician. When she heard that NASA was hiring for the Guidance and Navigation Department, she applied and accepted a job in 1953. Her main job was to read the data of the black boxes from planes. One day she was assigned to an all-male flight research team due to her knowledge of analytic geometry. She worked in several departments during her time there, including work as a computer in the 1950s, analyzing flight data, elevations, guidance and control.

In the late 50s and until her retirement in 1986, she worked as an aerospace technologist in the Spacecraft Controls Branch. Notably, she is the single person who calculated the trajectory for Alan Shepard – putting the first American in space. In addition, she would calculate the launch windows on his future missions and plot navigation charts.

On John Glenn’s first orbit around the Earth, he called on her personally to verify the calculation of the electronic computer. He refused to fly unless her numbers matched. The numbers were confirmed, and history was made. Johnson would say in an interview later, “He looked to this Black woman in the still-segregated South at the time as one of the key parts of making sure his mission would be a success.”

In 1970 when the Apollo 13 mission was aborted, she was called in, and her work on backup procedures and charts would set the safe path home for the crew. Her design of using a one-star method would allow the crew to determine their location with accuracy. She would also work with the Space Shuttle program, Earth Resources Satellite, and on plans for future missions to Mars.

Katheryn passed away in February 2020 in a retirement home in Newport News, VA, at the age of 101, passing in her prime (perfect nerd joke for the math genius she was).

The movie, Hidden Figures, starring Taraji P. Henson and Kevin Costner, released in 2017, is based on Katherine’s contributions to John Glenn’s orbit mission.