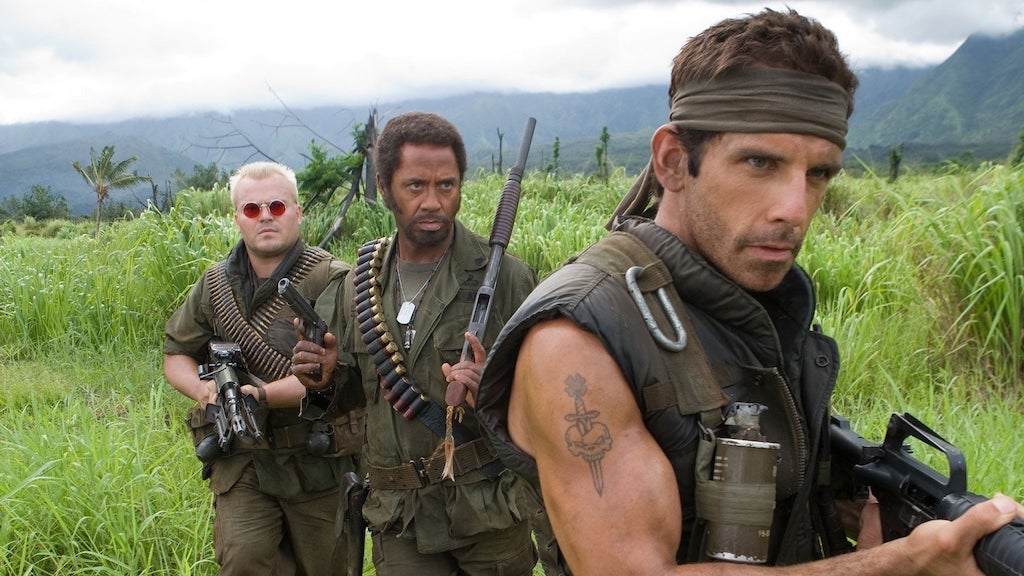 When Tropic Thunder was released in 2008, everyone was awed by the film’s stunt casting and sneering satire. More than a decade after its release, Tropic Thunder remains the most epic military comedy film as it emerges as a plucky and contentious American comedy. If you wonder why such an old film is still loved even after all those years, you are about to find out the answers.

It parodies all of our favorite war films

Tropic thunder not only parodies the best war films set in the Vietnam era but also the making of said movies. It’s one of the few films that I personally find more enjoyable as a veteran. Sometimes knowledge of how the military actually works ruins some of the movie magic. However, as more and more veterans join Hollywood’s ranks, the films are improving with time. A more common practice today is to have a military advisor on set to help with the uniform details, jargon, and military etiquette.

It had Les Grossman

While we may know him as one of the best actors today, Tom Cruise’s reputation suffered during the mid-2000s. For one, Mission Impossible III did not perform well at the box office, Lions for Lambs was a complete flop, and then the Oprah couch incident made it worse. It appeared that the unthinkable had occurred, and his charm was vanishing. Fortunately, he had an explosive rendition in Tropic Thunder as Hollywood agent Les Grossman.

The cast has a lot of the public’s favorite actors. Everyone was hooked on the Matthew McConaughey bandwagon long before the Academy Awards. He was a custom firmware king in Defeat to Release, How to Lose a Guy in 10 Days, and he provided people with a respectable antihero in the Armageddon Reign of Fire. However, he was rarely seriously considered for more challenging positions, as they put it. In Tropic Thunder, he played Rick Peck, a cartoonishly unaware talent agent who represents a has-been star.

Alpa Chino played by Brandon T. Jackson, the secretly gay rap artist turned actor, unintentionally unveils himself to his co-stars. He denies his sexual orientation regardless of nothing but positive feedback. No spoilers but be aware who is sitting next to him in the final scenes. The movie is packed with hidden details you’ll be discovering years later.