Today in military history: Operation Dynamo begins the evacuation of Allied troops from Dunkirk - We Are The Mighty 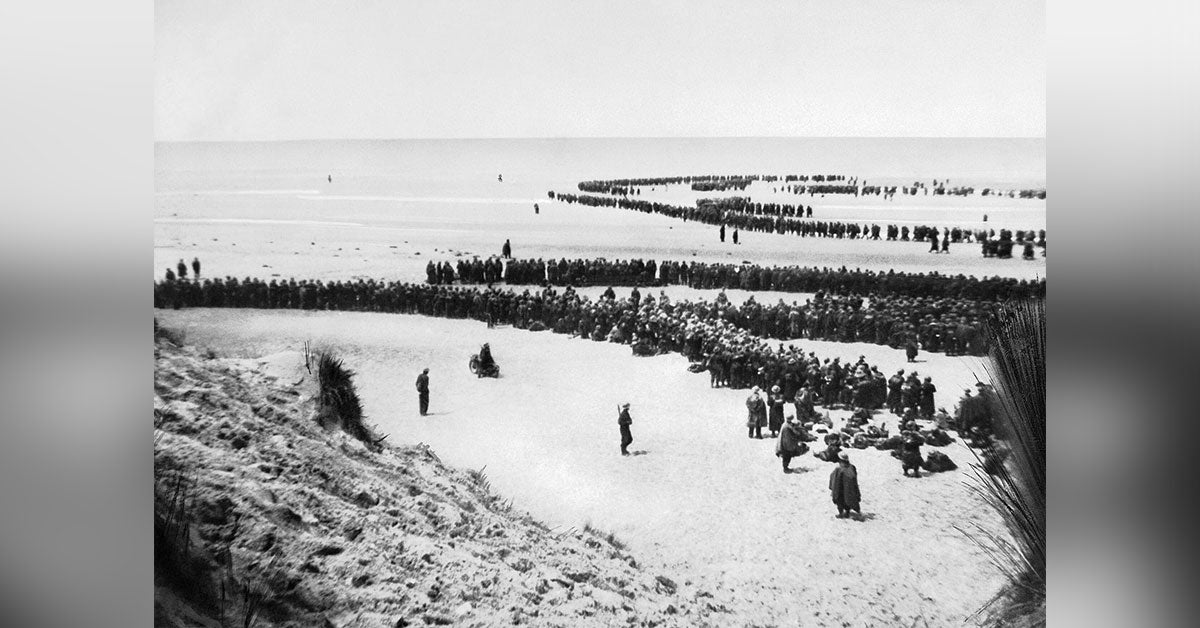 On May 26, 1940, Operation Dynamo began, starting the evacuation of over 338,000 Allied troops from Dunkirk’s beaches in France.

British and French armies were cornered by the advancing German forces near Dunkirk in World War II — and the Germans knew it. Hoping to capitalize on the situation, the Luftwaffe rained fire from the skies.

British, Polish, and Canadian fighter pilots fended off the Luftwaffe attack as all seaworthy craft in the area, including privately owned boats, battled to ferry the troops to safety. Also known as “The Miracle of Dunkirk,” the evacuation lasted a week and a half, and to this day the expression ‘Dunkirk spirit” is used to describe the willingness of a group of people to rally together in the face of adversity.

The operation became a turning point in the Allied war effort. Germany had hoped to defeat the Allies in Dunkirk — and indeed, France would call for an armistice the next month — but Britain rallied behind the “Dunkirk spirit” and dug in for a hard fight. Winston Churchill gave a rousing speech that focused on British resolve and steeled English hearts in the war-torn years to come: