Bomb-sniffing dog, 'Patron,' honored with medal by President Zelenskyy - We Are The Mighty 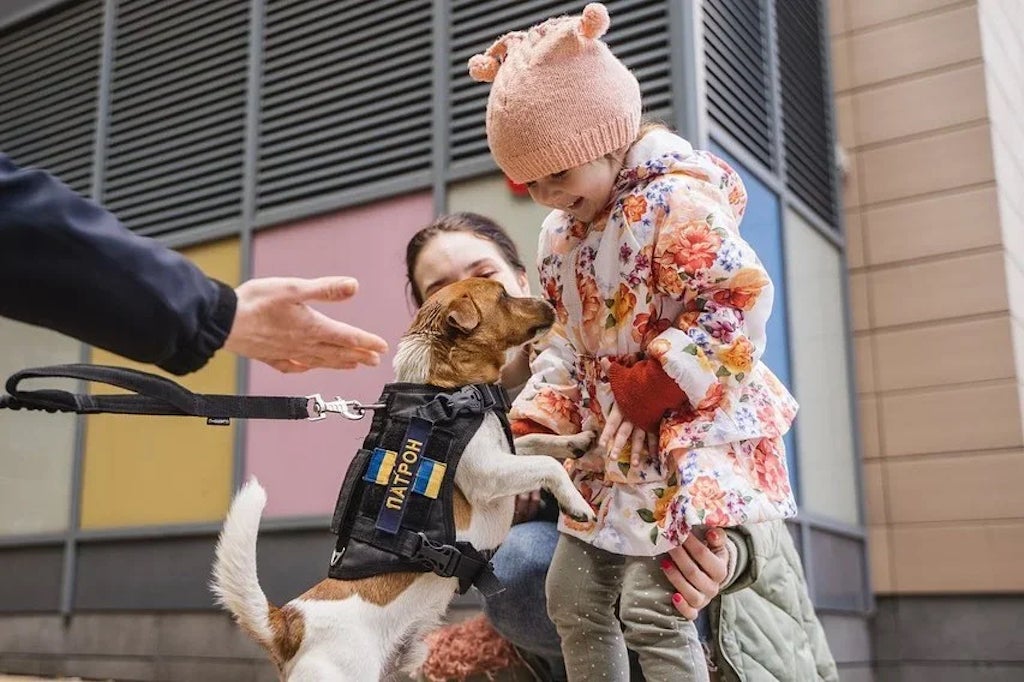 Dogs, with their keen sense of smell, have been used to sniff out enemy troops and detect illicit drugs. In Ukraine, one heroic canine has captured the world’s attention by sniffing out bombs and other explosives. Patron, a 2-year-old Jack Russell Terrier, gained international fame for his lifesaving services following Russia’s invasion of Ukraine in February 2022.

Fittingly, Patron’s name means “Ammo” in Ukrainian. As of April 14, Ukraine reports that Patron has discovered over 150 explosive objects since the start of the invasion. Patron serves as the mascot of the State Emergency Service of Ukraine with his owner, Mykhailo Iliev of the Civil Protection Service. For their heroic services, both Patron and Iliev received a medal from Ukrainian President Volodymyr Zelenskyy.

The president described Patron as “a dog who helps clean our land from the traces of the occupiers, and who also helps teach children mine safety.” Iliev, who has done this type of work since 2014, originally bought Patron from a coworker as a pet for his son. Patron was professionally trained by cynologists to showcase dog training for specific tasks, but was trained specifically to sniff out mines at the start of the war, according to TODAY.

Specifically, Patron was trained to recognize the scent of gunpowder. When he smells it, he gives a signal to Iliev who works with other humans to locate the device and disarm it. Iliev told TODAY that Patron “gives rays of the sun, gives smiles and gives hope only for victory and peace on earth.” In addition to his bomb-sniffing duties, Patron performs charity work including greeting patients at a children’s hospital.