My cause, My cleats: Tampa Bay's Gronk honors the USO and service - We Are The Mighty

My cause, My cleats: Tampa Bay’s Gronk honors the USO and service 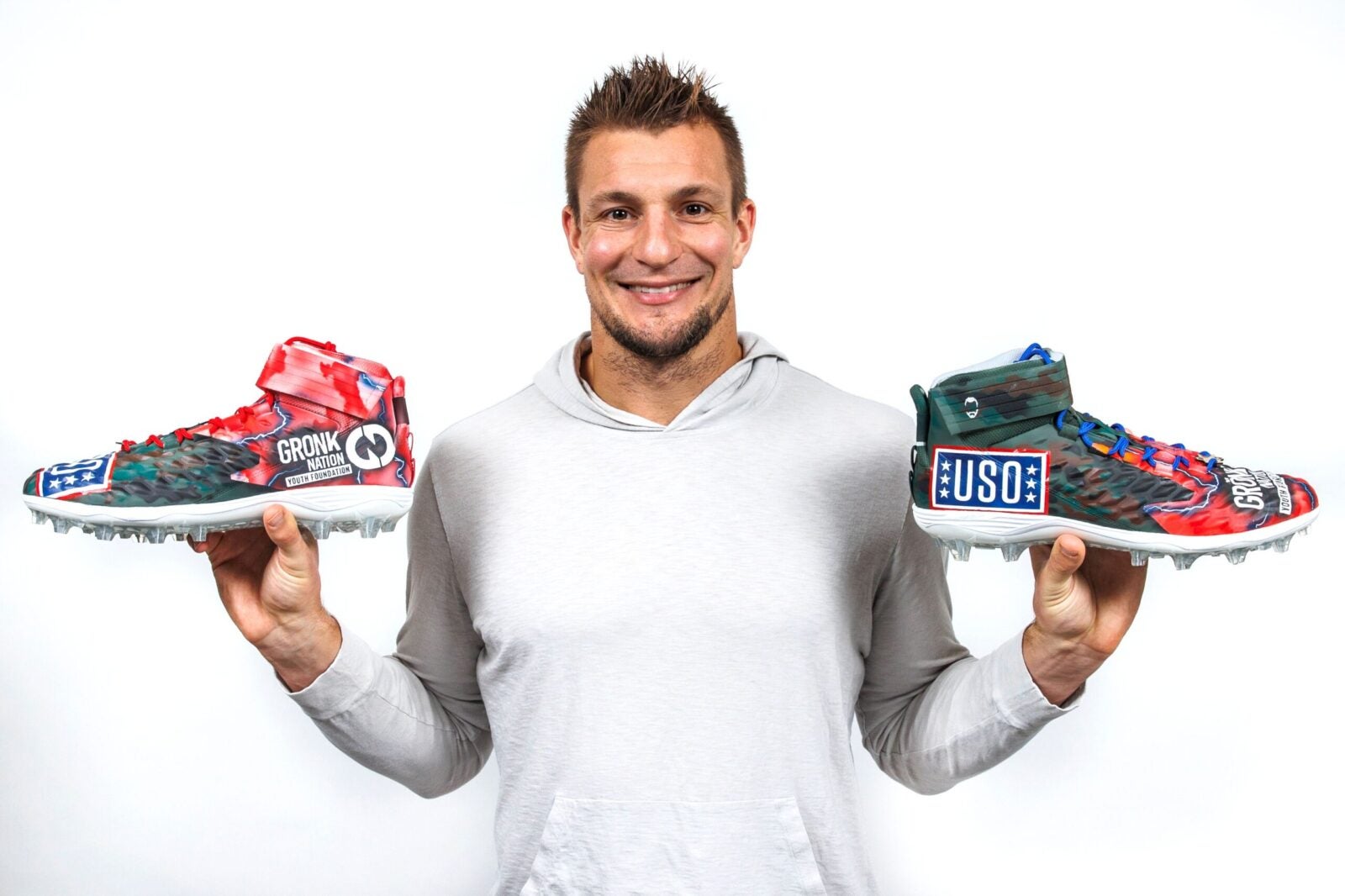 Over the years, Tampa Bay Buccaneers tight end Rob Gronkowski has established himself as the premier tight end in the National Football League.

And while many football die-hards have known about his skills on the gridiron for a while, the rest of the country has come to know Gronk for his larger-than-life personality, charisma and work in the community. One of those communities is the military/veteran space. This year, Gronkowski will be doing something really special on the field. He will be honoring the United Service Organizations (USO) with special cleats.

Inspired by the service and sacrifice of military service members and their families, NFL’s “My Cause, My Cleats” campaign allows NFL players to bring awareness and publicity to organizations or causes that mean a lot to them.

For Gronk, wanting people to know that the mission of the USO is to strengthen America’s military service members by keeping them connected to family, home and country, throughout their service to the nation is important to him.

The cleats themselves are pretty amazing. Designed by Marcus Rivero, also known as Soles by Dir, the footwear features the Jasen family who were surprised recently by Gronk and the Bucs organization during a tour of Raymond James Stadium. The family will be featured on the cleats along with the USO logo and the Gronk Nation Youth Foundation logo with a camouflage background.

This video, created in partnership with USAA, Official NFL Salute to Service Partner, gives viewers an inside look at Rob’s cleats – from inspiration to their design, and finally, the “unboxing” along with MSgt Jasen’s family being surprised.

“I am honored to have the Jasen family along with the USO and Gronk Nation Youth Foundation serve as the inspiration for my cleats this year,” Gronkowski said. “The USO is a great organization that truly helps out military families, and our military deserve our support as they protect our country and freedoms.”

This isn’t the first time that the football superstar has voiced his support for the military community.

Gronk has been known to be an outspoken supporter for servicemembers and over the years has done many amazing things for them and their families. From USO tours, to autograph sessions to even more somber moments like laying a wreath at the Tomb of the Unknown Soldiers at Arlington National Cemetery, Gronk has been there over the years.

Gronk took it to the next level with his partnership with USAA. Gronkowski was the first non-military member to endorse the organization (although comically attempting a little stolen valor along the way to get those amazing rates).

While it is awesome to have any professional athlete give back to the military community, having a Hall of Famer like Gronkowski go all in is really special.

After dominating the league with the New England Patriots franchise, Gronk came out of a semi-retirement to join his buddy Tom Brady in Tampa Bay where they led the Bucs to an improbable Super Bowl title. After racking up four Super Bowl rings, five Pro-Bowl appearances, four All-Pro selections and numerous amazing moments on the field, Gronk and the Buccaneers are looking to get to another Super Bowl this February.