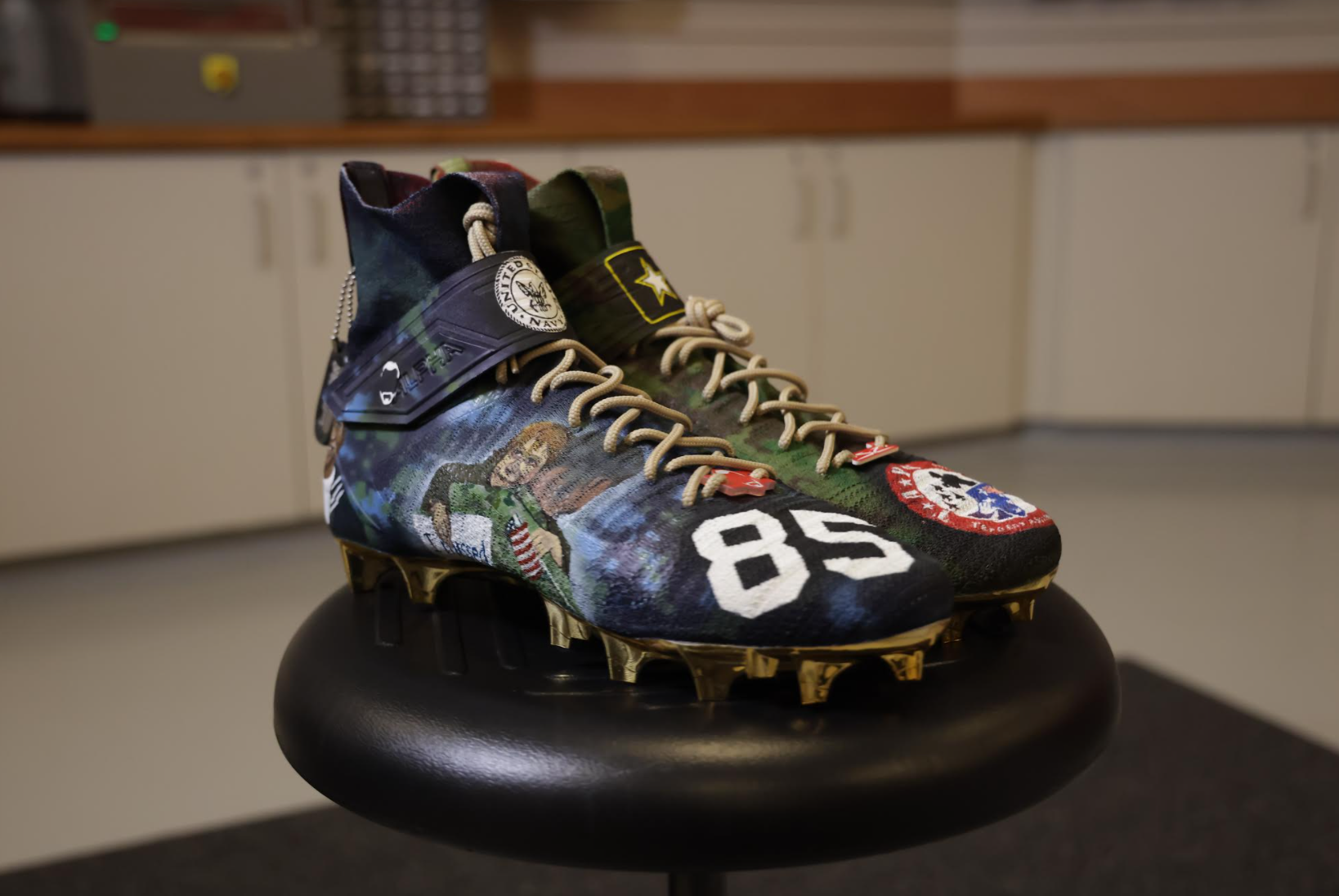 Through the My Cause My Cleats campaign, every NFL player can show what they stand for. The campaign gives them the option to choose a special cause or organization to represent on a pair of custom-designed cleats. So far, dozens of players have decked out their shoes for a good cause. Rams wide receiver Cooper Kupp chose to support Forever Found, an organization battling child trafficking. Two Rams players decorated their shoes with the logo of the Special Olympics. Seattle Seahawks quarterback Russell Wilson chose to honor George Floyd, Breonna Taylor, Herbert Hightower and Charleena Lyles with his cleats.

Now, 49ers TE has elected to honor the Tragedy Assistance Program for Survivors.

The Tragedy Assistance Program for Survivors, better known as TAPS, is a non-profit dedicated to those who lost a love one in military service to America. The program was founded in 1994 by Bonnie Carroll, in memory of her late husband who died in a plane crash with seven others. For nearly 25 years, TAPS has worked to offer ongoing support to military survivors.

George Kittle has always been proud of his country. Now he’s proud to support those who serve.

The new cleats, designed by Marcus Rivero, AKA Soles by Sir, include numerous shoutouts to America’s armed forces. They include the TAPS logo, the logos for all five military branches, and Kittle’s signature number 85. They also feature a shoutout to significant military figures from his own life. His Uncle, Colonel Pat Coen, served several deployments in the Army National Guard, and his close friend, Rico Hogan, still serves in the Navy. He also wanted the design to honor the LaMar family. Army Sgt. Martin “Mick” LaMar was killed in action in 2011, so George, in partnership with USAA’s #SaluteToService campaign, gave the family tickets to Super Bowl LIV to pay his respects.

The video below by USAA captures the story behind the shoes and offers a behind-the-scenes look at the custom cleat design process.

To learn more about TAPS, donate a holiday wreath, or apply to volunteer, visit https://www.taps.org/.