Air Force Chief of Staff Charles Brown Jr. one of TIME's most influential people of 2020 - We Are The Mighty

Air Force Chief of Staff Charles Brown Jr. one of TIME’s most influential people of 2020 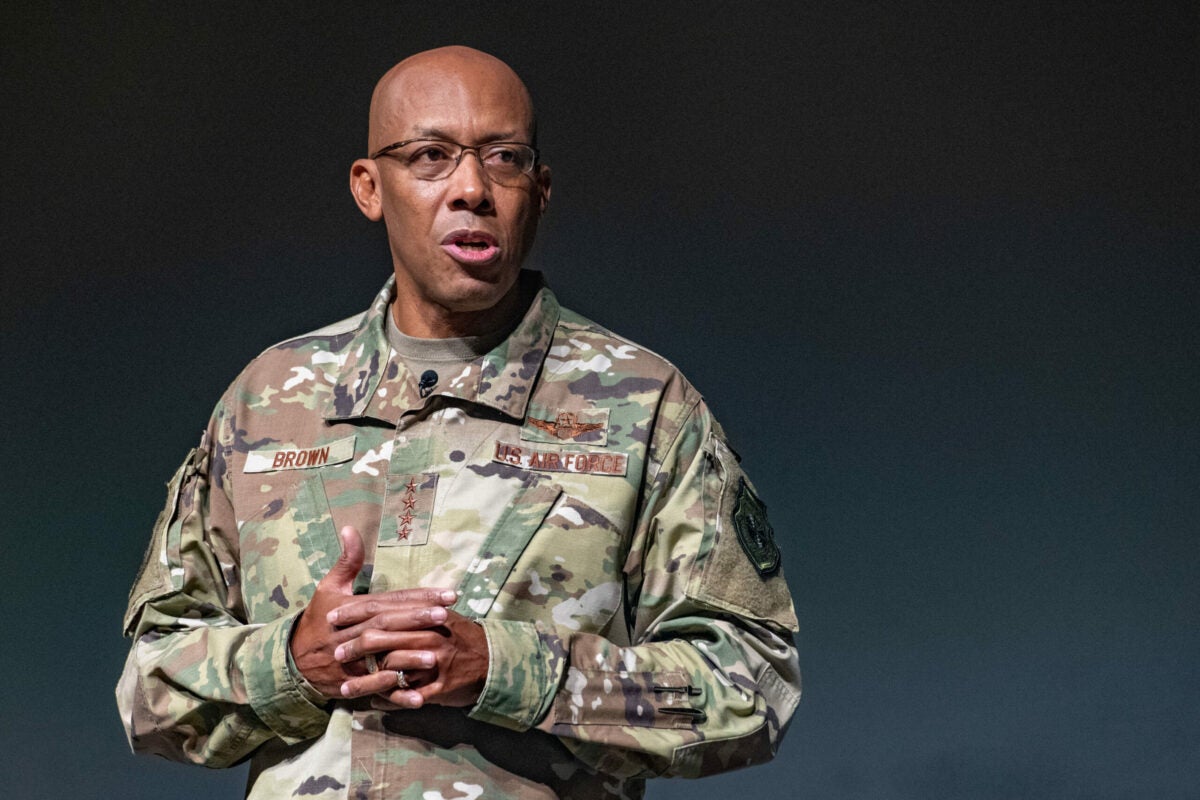 When General Charles Q. Brown, Jr. was named the next Air Force Chief of Staff, it was extraordinary for many reasons. As 2020 comes to a close, we examine this leader who was recently named one of Time’s most influential 100 people.

Brown was formerly the commander of the Pacific Air Forces and also led as Executive Director of the Pacific Air Combat Operations Staff and Deputy Commander of United States Central Command.  Brown’s legacy of strong leadership and experience made him a strong candidate for the Air Force’s highest position of authority. As the first Black chief of staff to command a force, it was a historic moment for America. His confirmation was cheered far and wide across the country and the military community.

He was unanimously confirmed by the Senate in a historic 98-0 vote.

After being officially sworn in as the new Air Force Chief of Staff, he talked about the men and women of color who came before him saying, “It is due to their trials and tribulations in breaking barriers that I can address you today as the Air Force Chief of Staff.” Watching in the wings of his swearing in ceremony were the last surviving members of the Tuskegee Airmen, the all-Black unit of fighter pilots who served bravely and faithfully during World War II. The Airmen willingly fought for their country despite facing deep racism and ongoing segregation, creating a legacy that still reverberates today.

Despite the tremendous honor of being nominated as the next Chief of Staff for the Air Force, the appointment came with a tremendous weight for Brown. In his acceptance speech he shares that he alone cannot “fix centuries of racial discrimination in our country” and that despite the hope his nomination brought, it also carries a burden for him.

Months before his swearing in, Brown released a raw and direct video on social media in June of 2020 following the death of George Floyd captured on video at the hands of police. It was a event that sent shockwaves across a country already experiencing deep divisiveness on matters of race and the current pandemic. Brown’s decision to make a statement was nothing short of courageous and admirable. In an interview with Dan Lamothe of The Washington Post, Brown shared that his video response to the killing of George Flloyd was promoted by his son Ross. He told Lamothe that he became emotional over their shared experiences as Black men. Despite the looming confirmation hearing and not knowing what current leadership was going to say, he knew what he himself needed to do.

After looking into the camera, he told viewers exactly what was on his mind. “I’m thinking about a history of racial issues and my own experiences that didn’t always sing of liberty and equality.” He also went on to share experiences where, despite wearing the same flight suit as his fellow pilots, he was questioned on whether he was one or not.

The video has now been seen by millions of people. Not long after his response and other military leaders’ similar and united statements, the Air Force announced plans to review racial disparities within the force as it pertained to military justice. It was a step in the right direction.

Since taking the leadership role of the Air Force, he has focused on change and innovation, from the bottom up. In an interview with Stars and Stripes, he encouraged young airmen in particular to focus on creativity and to use their voice without fear of consequences for speaking up. His message of unity and collaboration from the junior enlisted to the ranking highest officer is another reason he has already established himself well among Airmen and the military as a whole.

Seeing Brown’s name among the expected celebrities, athletes presidents and Supreme Court Justices – is an impressive feat in itself. But it is the history and struggles he endured within his story that brings the significance home to so many who are desperate for change. Brown is a symbol of not just courage and strength but also, hope. Hopefully one day soon, we won’t be celebrating firsts anymore. Instead, diversity and inclusion will just be exactly who we are, not just who we promised to be.