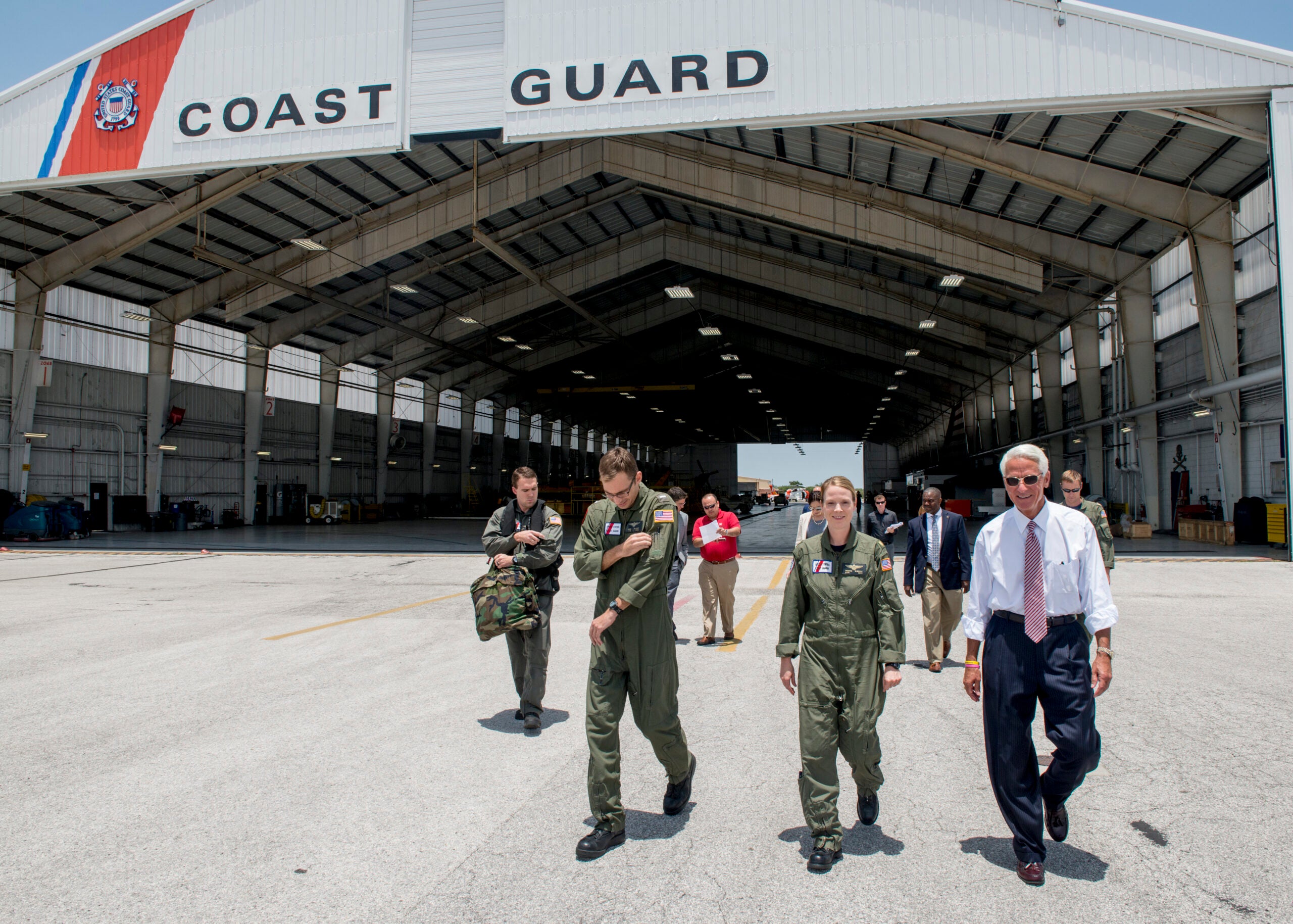 America’s oldest continuing seagoing service may finally get a voting position on the Joint Chiefs of Staff. Congressman Charlie Crist of Florida is one of the representatives working hard to make sure of it.

“I was the Governor during the Deep Water Horizon oil spill in 2010. I witnessed the tarballs on the beaches and in fact witnessed it with President Obama,” Crist shared. “I’ll never forget working alongside the Coast Guard and flying in a chopper above the ocean and seeing miles of oil while trying to assess the damage… I just wanted to offer legislation to make sure coasties are dealt with as any other branch of our military. It’s the right thing to do.”

On March 24, Crist introduced H.R.2136 alongside Congressman Steven Palazzo which seeks to amend title 10, United States Code, to provide for the membership of the Commandant of the Coast Guard on the Joint Chiefs of Staff. Despite being a military branch of service, the Coast Guard is only considered a de facto member of the Joint Chiefs of Staff.

The Coast Guard’s unique role in national security is undeniable. Main missions include maritime interception operations, deployed port operations/security and defense, peacetime engagement and environmental defense operations. Throughout history the Coast Guard held a place beside the U.S. Navy as a partner in defense while also maintaining a command role in U.S. Maritime Defense. The time for them to have a voice at the table could never be more timely, considering the continuing and escalating threats facing our nation.

After witnessing the 2019 Government Shutdown and watching the Coast Guard go without pay but continuing to serve and protect, Crist said he was moved to fight even harder for them. “That experience really led me to this legislation to make the Commandant a full voting member of the Joint Chiefs of Staff. I just think it’s essential,” he explained. “When we are talking about national defense and keeping Florida and American families safe, I want all of our leaders to be at the table advising President Biden, that undoubtedly must include the Coast Guard.”

Often, the Coast Guard can feel like an afterthought for many within the public when considering military service despite having fought in almost every major conflict the United States has been a part of. This bill will help change that perception. “Left behind no more. We gotta get this thing passed and done. It’s just respect,” Crist said. “I can’t imagine any member voting against doing this. It isn’t right versus left, it’s right versus wrong.”

In the Press Release Crist released it states, “The Coast Guard is playing an increasingly important role in our national defense – from countering China, to protecting national security in the Arctic, to preventing illegal fishing and drug smuggling. The bill offered by Crist and Palazzo reinforces the value of the Coast Guard’s role in our national security by promoting the Commandant of the Coast Guard to a full voting member of the Joint Chiefs of Staff, bringing parity with the other branches of the Armed Forces.”

The Joint Chiefs of Staff originated during World War II after the attacks on Pearl Harbor as an advisory panel for the President and other civilian leaders on military issues. In 2012 the National Guard was given a seat at the table followed by the Space Force in 2020. The Coast Guard was established in 1790 and is America’s oldest continuous seagoing service but still hasn’t been given voting privileges. With the passing of this bill, they’ll finally receive their full seat and voice at the table alongside the other branch Chiefs.

“I think we need to do everything we can to right what I feel has been wrong in the past and get the Coast Guard on par with every branch of the military in our country,” Crist implored. “This is about the dedication by members of the Coast Guard, how much they care about their mission and also doing what’s right for the American people.”