Operation Song spreads Christmas message of love, hope and peace with music - We Are The Mighty 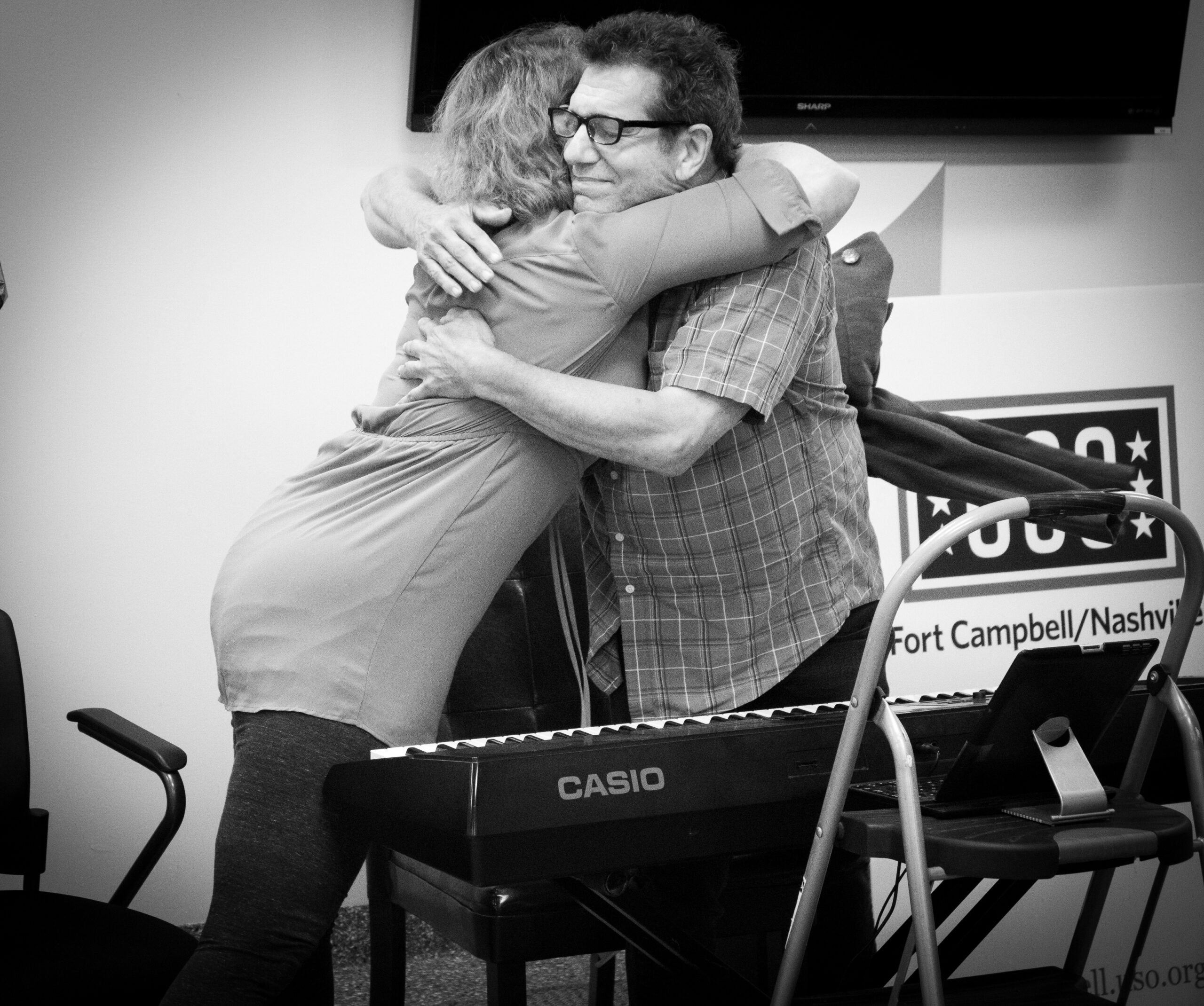 The mission of Operation Song is to promote and support healing for veterans and military families by telling their stories through songwriting. These stories and songs are vitally important for the holiday season, too.

Bob Regan is the President and original founder of Operation Song. He was a songwriter who was inspired while touring overseas in the early 2000s, seeing the transformative power music could have on America’s troops. As more and more injured service members returned home, he knew music could be a vital tool for healing hurt. The program itself started with weekly sessions at his local VA Medical Center in Tennessee, with the support of a music therapist.

Since its official founding in 2012, he and other gifted songwriters have written hundreds of songs. Some of the most profound were even written about the holidays, one in particular was written that first year of operating. “A group of maybe five veterans, none with any musical experience, met at the Alvin C York VA when it was getting close to Christmas. The conversation turned to being deployed over the holidays,” Regan shared. That conversation turned into an unforgettable songwriting session later on that created Peace on Earth.

The haunting words offer a deep look at what it’s like to be deployed during the holiday season. “This time of year I hear the hymn, ‘peace on earth, goodwill towards men’. But getting in the spirit is kinda hard; when you are in a tent in Kandahar.” The song goes on to talk about how the servicemember wished they could be home with their family but will keep doing what they have to and pray that one day all wars will end. It’s a stark reminder to those experiencing the quarantines that our troops have spent far more time away from their own families long before COVID-19.

The songwriting session was filled with raw and personal stories. “There were maybe six veterans of Vietnam, Iraq and Afghanistan. They began sharing stories of what it was like to be deployed over the holidays. Several stories were shared but we based the song around one veteran’s experience in Kandahar, Afghanistan since there were still a large number of troops serving there in 2012,” Regan explained. Less than an hour later, the song was complete.

Words like “I stand guard on this silent night” continue to bring home the reminder that not everyone can be home for Christmas. Peace on Earth was important for Regan and the team at Operation Song to get out, he said. “To remind people that there are those serving far from home during this and every holiday season. Also that we can always hope, pray, and work for peace on earth, no matter where we are or how remote a possibility it may seem,” he shared.

For many veterans, the memories of missed holidays are hard to process. It’s time and moments they can never get back. Operation Song opened the door for these veterans to share their deeply personal feelings about missing home, creating the space for healing. But despite the heartache of being deployed or standing duty during the holidays, it’s something most veterans will never truly regret.

The mission of Operation Song is to bring veterans back, one song at a time. Through the powerful impact of telling their stories through music the burden and weight of heartache tends to dissipate. This Christmas, remember your veterans and active service members. Some are standing guard right now for your freedoms while others are still remembering things they’d rather not. Never forget.

To learn more about Operation Song and what they do, click here.