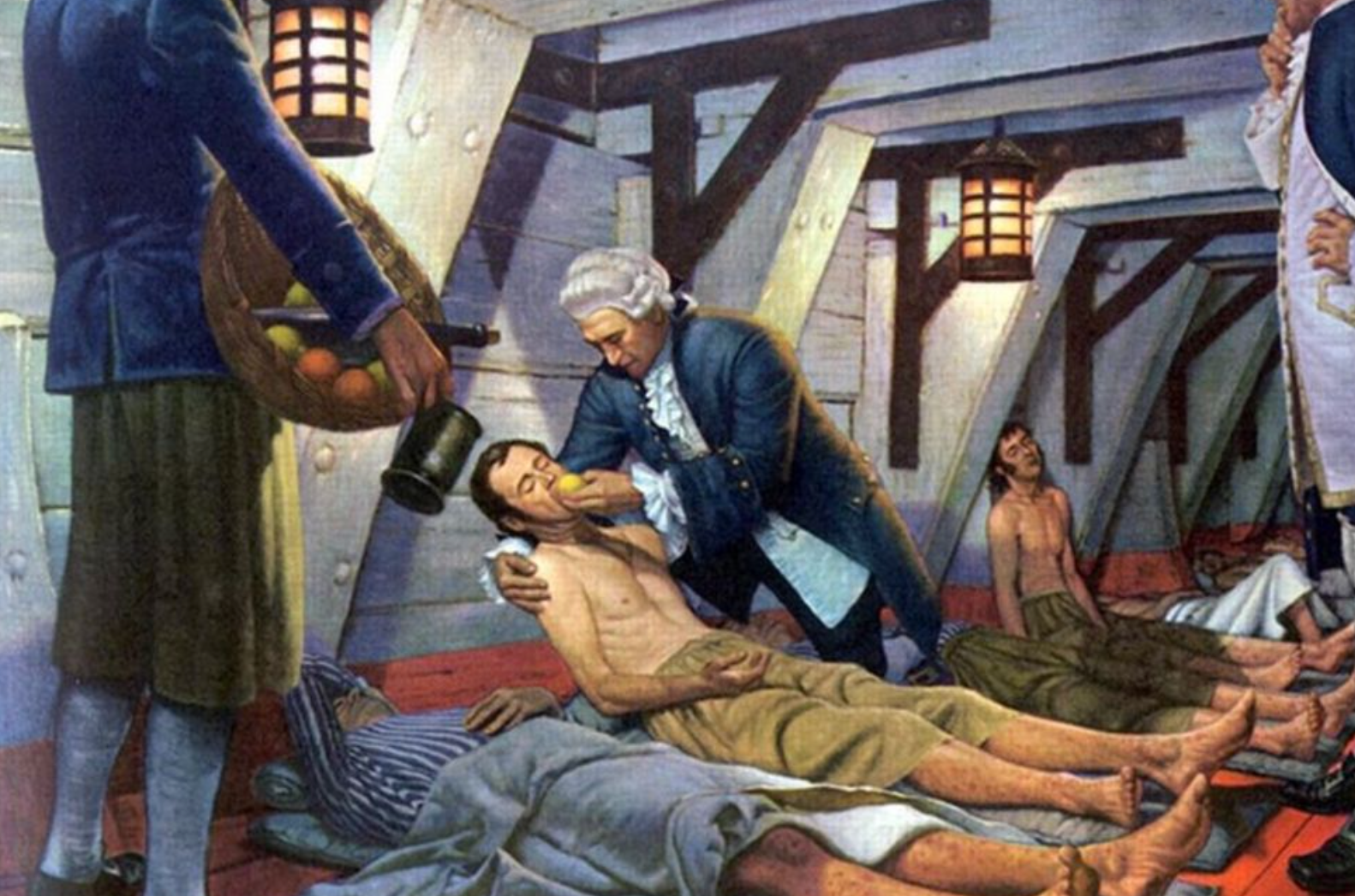 James Lind's experiment with citrus fruit was one of the first reported clinical trials in medicine. Institute of Naval Medicine.

Naval medicine concerning the military has become a surging part of the historical inquiry on surgeons’ significance in early Navy history. This inquiry has fueled phenomenal research alongside speculations of how these surgeons came up and how they operated.

The vital role that the surgeons played in early Navy history, particularly in the advances in hygiene and sanitation included nutritional deficiencies, surgical procedures, and managing tropical diseases.

This also led to an increasing professionalization and prominence of naval medicine, beginning with founding a hospital in Greenwich for the old and disabled seamen, followed by establishing the Sick and Hurt Board for looking after the wounded and sick seamen war prisoners.

Dedicated crew members who could offer the utmost medical care have been a significant feature of the navy vessels for decades. A surgeon was included aboard, in a position to earn double the pay of a regular officer. The Navy included trained medical officers aboard in its warships, and they were individuals who had already mastered their trade before boarding the ship.

Ideally, the Navy Board was responsible for qualifying surgeons with the help of an examination offered at the Barber Surgeon’s Company, and they were entirely accountable for the Sick and Wounded Board operating under the Navy Board. These surgeons had to keep two logbooks that gave a detailed description of the treatments and procedures undertaken under their care.

At the end of the voyage, these logbooks were taken to the Greenwich Hospital and the Barber-Surgeon’s Company. The warranted naval medical officers didn’t need a medical degree. However, they were excellently trained through apprenticeships. Surgeon’s mates helped these surgeons, later referred to as assistant surgeons.

In addition, the surgeon and his assistants were supported by loblolly boys. The surgeon had several duties when they were active, including being accountable for their assistants and loblolly boys, maintaining accurate records on every patient admitted to their care, and visiting the patients at least twice a day.

Moreover, the surgeons maintained sanitary conditions onboard by fumigating the sick bay. There were times when they would fumigate the entire deck by burning brimstone. Also, they had to regulate the ventilating machines that provided fresh air to the lower tiers to maintain the dryness.

The naval surgeons mainly cared for the injuries and wounds, epidemic diseases, and venereal sicknesses like yellow fever and typhoid in the crowded vessels and tropical climates. In action, care in the early Navy was similar to battlegrounds where wounds were immediately patched up and amputations regularly conducted.

Significant improvements in skills and the treatment quality were progressively attributed to the competence of these surgeons, which brought a substantial impact to medical knowledge. James Lind, a great navy surgeon, was among the surgeons that made critical contributions to the comprehension of nutritional disorders, hygiene, health screening, tropical diseases, health statistics, human metabolism, medical and surgical audit, lifesaving and social reform.

Without a doubt, James Lind was perhaps the most significant naval surgeon. He demonstrated that orange juice and lemon would prevent and cure scurvy, a common disease experienced by the navy soldiers.

Moreover, Lind also pioneered intermittent chest compression and mouth-to-mouth resuscitation for those who drowned. Additionally, he was a strong advocate for quinine in the prevention and cure of malaria, which was then in the form of cinchona bark.

Naval surgeons like Blane, Cockburn, Trotter and Robertson identified that typhus fever came about because of the infected clothing of recruits, which prompted them to advocate for segregation and adherence to personal hygiene.

Overall, naval surgeons were critical in the early naval history and additionally brought a significant contribution to the understanding, cure, and prevention of sea diseases, the practice of surgery, human nutrition and hygiene.